What's in a name?

This summer, I'm getting married. Thank you. At 35 years old, I'm considered well over the hill for such activities in my hometown, but here in the Sea to Sky, I'm basically a child-bride.
Feb 22, 2020 12:00 AM By: Alyssa Noel 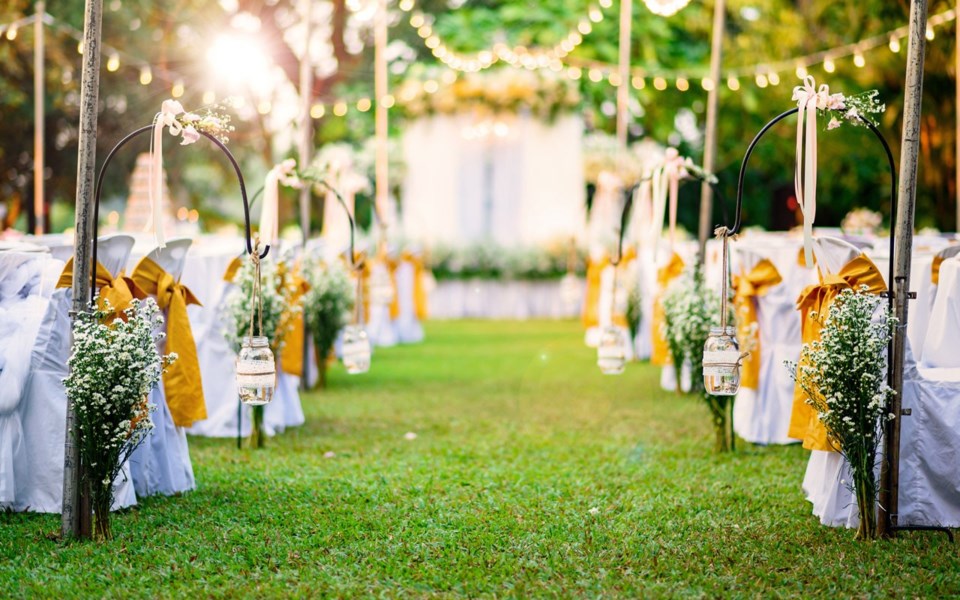 This summer, I'm getting married.

Thank you. At 35 years old, I'm considered well over the hill for such activities in my hometown, but here in the Sea to Sky, I'm basically a child-bride.

Planning a wedding has been both harder and easier than I imagined. Easier because, as the long-time editor of Wishes magazine (the Sea to Sky wedding magazine you might have noticed in very random places around town), I can rattle off every single wedding vendor and ceremony location from south of Squamish to north of Pemberton in my sleep.

Harder because never in a million years did I think I'd be the kind of person to utter the phrase, "Ehhhhh what's another $1,000?"

As part of this process, I've also had to field many questions.

Wedding date and location aside, the one that's come up most often has been triggering for me—forcing me to confront my values, biases, and feminist beliefs.

"Are you going to change your last name?"

Ninety per cent of the time I've answered before thinking: "Oh, f*ck no."

Not only is my name my identity, but nearly 15 years into a journalism career, it's also my byline.

Plus, in my opinion, it's a pretty good name (thanks mom and dad!). It's nice, succinct, and has a reasonable number of syllables. And, every year of my life, I've been alerted to the coming Christmas season with dumb jokes about how fitting it is.

But, more than that, my name feels inextricably intertwined with who I am. When people ask me if I'm changing that—giving up a huge part of myself when my future husband doesn't have to make the same sacrifice—I feel a strong, visceral reaction.

Here's the problem—a lot of women still do change their last names and when I respond with expletives, I sound judgemental. And, yes, part of the reason I want to keep my name is because I'm a feminist and it feels wrong to be swallowed up into my husband's identity just because I want to make a deeper commitment to our relationship. (And yes, I know, you don't need to get married to do that and, in many ways, the institution of marriage is flawed—but that's another column—and also, my dress is so pretty. Leave me alone.)

But, guess what NOEL, part of being a good feminist is allowing women the freedom to make choices without being harassed for it.

For all the flack we give "the modern day" and its modern problems, one positive change has been that more couples than ever are free to do whatever they want with their last names when they get married (not to mention love and marry whomever they want).

I know couples that have combined their last names into a new one. I know at least one situation in which the husband took his wife's last name. And, growing in popularity, I know multiple couples that have both hyphenated their names.

I was discussing all this with my groom-to-be on a run last night. More specifically, I was telling him it was my turn to write this column and I was thinking about airing my grievances on and struggles with this issue.

He could not care less that I'm not taking his last name. But, he said, what about that both-people-hyphenating option?

In a way, it seems like a perfect solution. It speaks to the fact that we're becoming our own family while honouring the families from which we come. It would also mean that any future children (canine or human—don't get too excited, mom) would share this family name with us both.

The idea still sends a bit of fear into my heart, but—newsflash—marriage is kind of scary. In a way, combining our names would be the perfect gesture to acknowledge the massive leap we're taking into an unknowable future.

Wait, I forgot to mention one other option. I know another couple that fully intended to both hyphenate their names...until they realized just how much effort goes into that endeavour.