Two years ago I stopped keeping social media apps on my phone. I'm easily distracted. The constant updates were too much. I still, however, use them. At night, I'll re-download them and begin swiping, tapping and messaging. Instagram is my jam.
Oct 25, 2017 6:00 PM By: Joel Barde 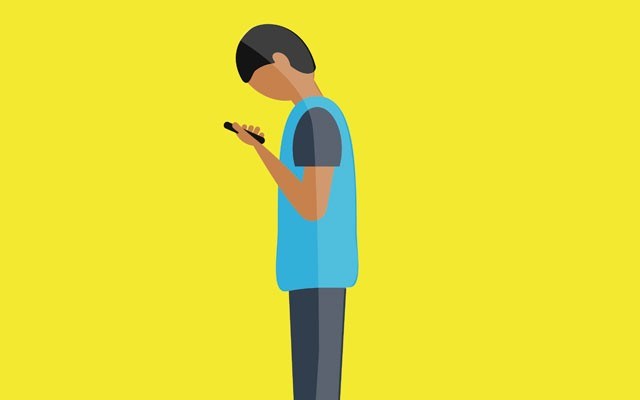 Two years ago I stopped keeping social media apps on my phone. I'm easily distracted. The constant updates were too much.

I still, however, use them. At night, I'll re-download them and begin swiping, tapping and messaging.

Instagram is my jam. An hour will blow by, and I'll want more. I select a time to quit, but inevitably don't. After repeating this process, I send it back to the waste bin. Then I shake my head, feel a pang of regret.

Over the last dozen years, developers have designed and re-designed social media apps with the goal of winning our attention. In the process, they have become some of the most powerful, influential companies in the world. According to a recent study, the average smartphone user taps, touches, or swipes their phone over 2,500 times a day.

Yet many are beginning to question the ethics of an industry that views people's attention as advertising revenue. Like me, they are taking little steps — like shutting down wifi at certain hours, or switching to a "dumb" phone — to escape the addictive grasp of our phones.

In a recent article for The Guardian, Paul Lewis spoke to a growing number of tech "heretics" who are sounding the alarm bell.

"I've spent many hours and weeks and months and years thinking about whether anything I've done has made a net positive impact on society or humanity at all," explained Loren Brichter, a Silicon Valley developer.

Brichter developed the pull-to-refresh mechanism. Used by Twitter, it allows users to display updates, by pulling their thumb away from an app, kind of like the pulley on a slot machine.

"Pull-to-refresh is addictive," said Brichter. "When I was working on (it), it was not something I was mature enough to think about."

Like other techies, Brichter is taking measures to limit his time on social media. "I have two kids now, and I regret every minute that I'm not paying attention to them because my smartphone has sucked me in."

Others wonder about the affect on public life.

According to James Williams, a Google strategist turned academic, politicians like Donald Trump are perfectly built for social media: His incendiary statements (take your pick) are the ultimate clickbait, polarizing a divided electorate eager to either "like" or decry them.

Williams also feels social media is degrading the news we consume, as journalists recognize that the more sensational something is, the more likely it will go "viral."

The article — which originally ran under a click-baity title that was later changed — led with a quote in which Wilhelm-Morden stated that Whistler doesn't "necessarily want people who are coming up for a day, packing a bag with their lunch in it."

The article went on to explain the reasoning behind her comment, how issues with litter and over-tourism are frustrating locals.

That nuance, however, seemed to be lost in the reaction.

The story was shared thousands of times, with pledges from embittered Vancouverites pledging to "stay away from Whistler."

"The attention economy incentivizes the design of technologies that grab our attention," explained Williams. "We've habituated ourselves into a perpetual cognitive style of outrage, by internalizing the dynamics of the medium."

On a micro level, we are beginning to get a sense of the psychic cost of our digital lives. IGen, a cohort that was born between 1995 and 2012 and grew up with smart phones, is facing alarming rates of mental health issues.

In a powerful piece for The Atlantic, Jean Twenge, a psychologist whose studied generational trends for the past 25 years, describes IGen as a lonely, dislocated generation "on the brink of the worst mental-health crisis in decades."

They are significantly less interested in the usual markers of independence, like getting a job, finding a relationship, or even going out with friends. "The shift is stunning: 12th-graders in 2015 were going out less often than eighth-graders did as recently as 2009," writes Twenge.

Moreover, the social hierarchy that defines every high school is now inescapable. Every Instagram post is scrutinized for who liked (and didn't) it.

Teens who spend three hours a day or more on electronic devices are 35 per cent more likely to have a risk factor for suicide than teens that don't, according to a study quoted in the piece.

For Twenge, the advice for young people simple:

"Put down the phone, turn off the laptop, and do something — anything — that does not involve a screen."

Thank God we live in Whistler.