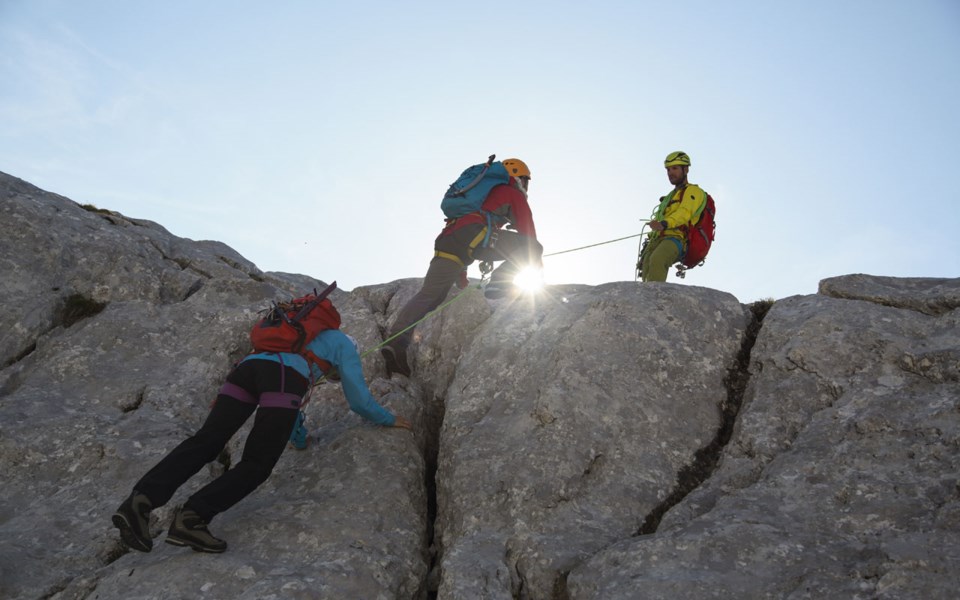 There was a more-than-slight difference with the annual Squamish Arc’teryx Climbing Academy this time around—it wasn’t in Squamish.

Instead, the academy, which was held last week, migrated online due to COVID-19.

Nevertheless, it didn’t stop climbers—both amateur and professional—from participating in the clinics, music, photography and film events that have come to define the annual event.

“When we decided to not offer the physical event, we tried to reimagine what components were really important for us and [that] let us design something we’d never done before, which was kind of cool,” said Watts.

“We wanted to bring together the elements that you would usually have with [the] academy.”

Judging from an initial registration estimate, there were between 150 to 200 people who registered for the online event. That number will likely change as it’s an early count, he said.

The event in past years has usually drawn between 200 to 220 people.

There was also a silver lining with respect to the academy this year.

Historically, the audience has been generally limited to the Pacific Northwest, with folks mainly coming to Squamish from the Lower Mainland or nearby U.S. states.

“This year allows us to showcase Squamish, and showcase the feel of the academy online to a global audience, which we haven’t been able to do in the past,” Watts said. “We have people tuning in from Europe—all over the place.”

Instead of in-person instruction, professional athletes imparted their wisdom in prerecorded online video tutorials that will be available to view for more than a month. A sport climbing course taught by Vancouver’s Alannah Yip, Canadian Olympic climber, and an alpine course featuring mountain guide Julia Niles were the most popular.

The big music and photography bash in downtown Squamish was replaced by a recorded set from the band Moontricks set in various outdoor locations in the B.C. Interior.

There were also two live premieres followed by question-and-answer periods over the week for the films Makatea and As Free As Can Be.

The academy also had its ear to the ground regarding the current political climate surrounding race and diversity.

It held a panel on diversity and inclusion that featured Black and Indigenous people of colour, including an adaptive climber.

Watts said there were some major takeaways from the panel, which was titled Being Welcomed Is Not Enough.

“It wasn’t just about saying everybody is invited to be part of this—it’s actually like how we are creating experiences for everybody and focusing on what that racial disparity and access looks like,” Watts said.

“How can we move into the future...considering different backgrounds and cultural and racial backgrounds. How do we not only just say this is an equal-to-all experience, being outdoors, but making events that are specifically catered to different groups.”