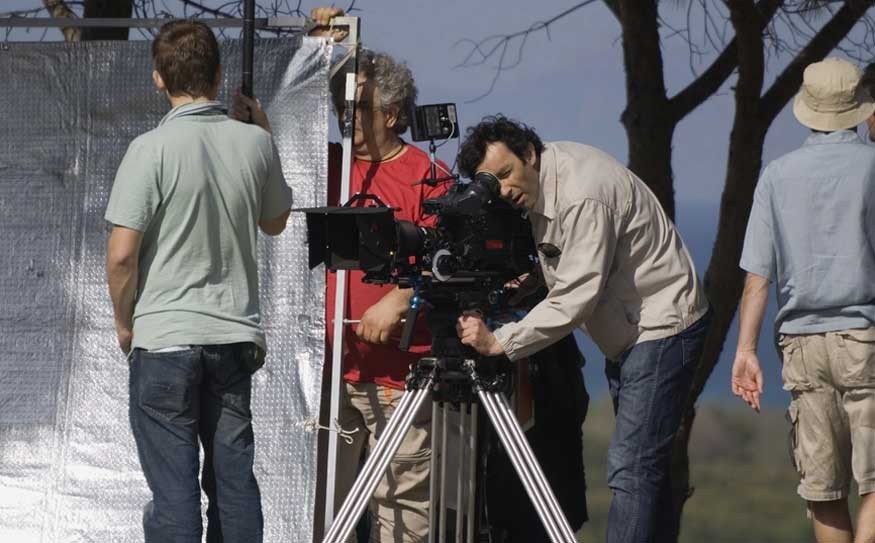 While the film industry is struggling across B.C. the community of Squamish is coming off a record-breaking year of filming.

Twenty-two productions set up shop in Squamish in 2012 compared to 14 in 2011, and to further capitalize on the year-to-year growth Gordon Hardwick with the BC Film Commission was invited to Squamish to discuss the future of the industry and how to leverage past filming successes in Squamish.

Hardwick is the film commission's manager of community affairs. He told members of Squamish Council on Feb. 12 that the goal in B.C. is to position the province as a world leader in motion picture development. As part of that goal, Hardwick said Creative BC Futures (CBCF) was created earlier this month. CBCF will support sustainable, long-term success for the province's film industry and other industries in the creative sector.

A new independent, non-profit society called Creative BC will also begin operations in April. The new agency combines services previously available through separate organizations and unites them under one central organization.

The new agency is expected to help support the industry that contributed more than $1.5 million in direct economic benefit to Squamish in 2012.

"I think the province has a very clear idea that there's a value proposition here in creative knowledge-based industries," Hardwick told the Squamish Council members gathered at the Feb. 12 Committee of the Whole meeting. "The question is; when is it a continued value proposition to gross domestic product and when does it become a burden to taxpayers? I think that's where the debate lays right now."

The Motion Picture Production Industry Association of BC (MPPIA) and other groups in the creative industry are currently lobbying the provincial government to offer more lucrative incentives to production companies to keep the province competitive with other popular filming locations. Ontario and Quebec both offer tax breaks that make those places less expensive locations to film compared to B.C. Ontario recently overtook B.C. as the third largest film production centre in North America after Los Angeles and New York.

Hardwick said that while film commissions around the world fight for business, Squamish has one benefit over Vancouver: Squamish is outside the studio zone of Vancouver and because of that Hardwick said producers get an extra six per cent boost in provincial incentives through labour cost savings.

"Squamish has a long history of facilitating film production in a variety of ways, so the key is to g et consistency in process so that it's not reinventing the wheel every time someone comes into town," Hardwick said of Squamish's successful partnership with the film industry.

According to District of Squamish staff, 2013 is off to a good start with one production confirmed in the community this year and a few others currently involved in planning discussions.