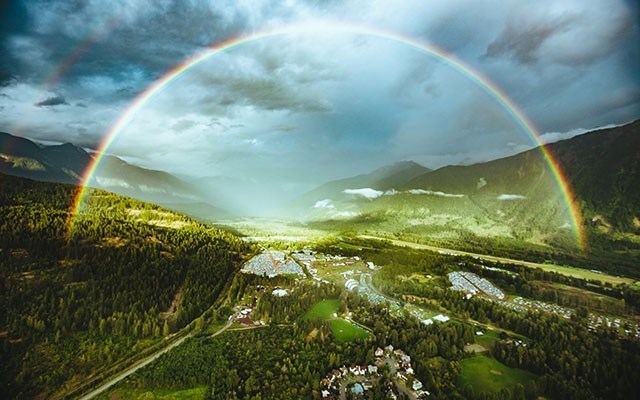 Ticketfly is appealing a recent B.C. Supreme Court decision, meaning local companies that are waiting to see how the Pemberton Festival bankruptcy proceedings play out, will have to keep waiting.

Ernst & Young, the trustee in bankruptcy, can't begin to divide up the funds between unsecured creditors until it knows how big the pool is, and Ticketfly's legal action against the debtors has slowed the process down.

"We had to wait for the results of that," said Kevin Brennan, Senior Vice President of Ernst & Young. "Now they've filed an appeal, so it could be several more months until the appeal is heard. The basis could be that all the money the trustee holds right now, if the appeal was successful, could become the property of Ticketfly. So we can't do anything with those funds."

Filed by their assignee Pandora Media Inc., Ticketfly was pursuing a constructive trust claim against the Pemberton Music Festival Limited Partnership (PMFLP) and its general partner, 111566 B.C. Ltd. It argued that since there was no intention to follow through with the concert, the money Ticketfly transferred to PMFLP partners following spring sales should be returned, rather than split up between other creditors in bankruptcy proceedings.

However, a B.C. Supreme Court ruling made Dec. 29, 2017 determined that there was no evidence of unjust enrichment, meaning the constructive trust claim was rejected.

"The applicants have not shown misconduct on the part of either PMFLP or 111 B.C. Ltd. in obtaining the ticket sale proceeds. The debtors' estates have not been unjustly enriched, nor do other extraordinary circumstances exist that call for the imposition of a constructive trust to remedy an injustice," Justice Paul Pearlman said in his ruling.

Ticketfly had 10 days to appeal the decision, which it officially did on Jan. 9.

While the appeal means local businesses will have to wait longer to receive any unsecured credit claims, some don't seem to mind. Having not heard any updates since summer, a few had already given up on ever seeing anything.

"To be honest, I had kind of written it off as nothing to be worried about. It'd be nice to hear back from them, but I've heard nothing," said Richard Drennan, who is owed a month's rent for one of his warehouses.

"You never know. If I get $20, I'll be happy; if I get the full whack I'll be even happier. I'm not planning on losing any sleep over it."

In total, seven claims are made from Whistler, and over 40 from the Pemberton area. Overall, PMFLP owes $16.7 million to creditors, $13 million of which is claimed by unsecured creditors.

The court documents showed there were signs of trouble for the 2017 festival very early on. After losing over $47 million on festivals from 2014 to 2016, investors in PMFLP were fed up with Huka Entertainment, which had been the exclusive producer of all three festivals.

In early 2017, investors tried to purchase the interests of Huka but received no response. In February, Huka convinced investors that they needed to begin selling tickets to gauge interest and attract new investors, so Ticketfly, the sole retailer of tickets for the festival, began selling at Huka's instruction on Feb 23.

From Feb. 23 to Apr. 30, Ticketfly had remitted a total of $8,150,307.34 from their ticket sale proceeds. Of that amount, Ticketfly transferred $7,861,834.15 into bank accounts controlled by PMFLP. During that time, investors forced out Huka's general partner Twisted Tree, and 111 B.C. Ltd. took over. Once 111 B.C. Ltd. gained control of the books, it realized the festival wasn't financially solvent.

On May 16, the directors of 111 B.C. Ltd. unanimously voted to authorize the assignment in bankruptcy for PMFLP.

Ticketfly retained possession of the proceeds of its ticket sales from after May 4, which included sales through May 18, two days after the vote to authorize bankruptcy.

However, because Ticketfly retained proceeds from those sales, and not PMFLP, there was no evidence it acted in bad faith.