Blind spot contributes to cause of Pemberton mid-air plane crash 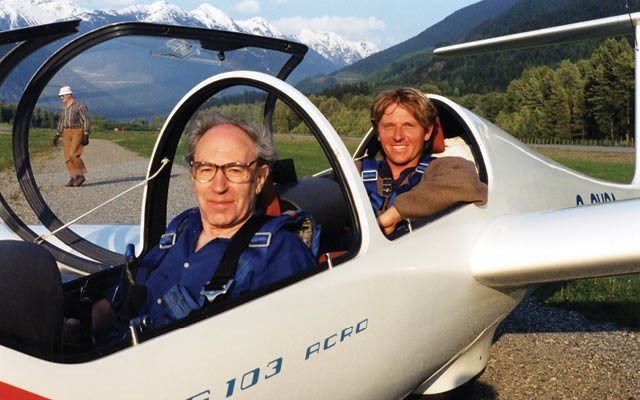 REPORT RELEASED Rudy Rozsypalek, right, prepares for a flight with his father at the Pemberton Airport. Photo submitted

The Transportation Safety Board (TSB) of Canada has completed its investigation into a 2013 mid-air collision that killed four people in the skies over Pemberton.

The June 29, 2013 collision between a Cessna 150 and a powered glider, "was caused by the failure of the see-and-avoid principle as the sole means of collision avoidance," the TSB's report said.

The "see-and-avoid" principle requires that that any person operating an aircraft should maintain constant vigilance in avoiding other aircraft.

Pemberton's Rudy Rozsypalek was killed in the crash, along with 21-year-old Mohnish Paul, a tourist from India who was a passenger on Rozsypalek's glider, Terence Gale, 42, and his spouse Rita Turnbull, 51, pilot and passenger of the Cessna, respectfully.

The weather was clear and the winds were calm on the day of the collision, the report said, but "the converging tracks of the two aircraft caused blind spots for the pilots.

"This factor, coupled with human vision limitations, offered reduced opportunities for the pilots to avoid the collision."

The right wings of both aircraft were shorn off in the collision, and the resulting collision with the ground below was not survivable.

The report concludes by saying that if the see-and-avoid principle is relied upon as the sole means of collision avoidance when flying under Visual Flight Rules, there is a continued risk of collision.

Pick up Thursday's Pique for the full story.