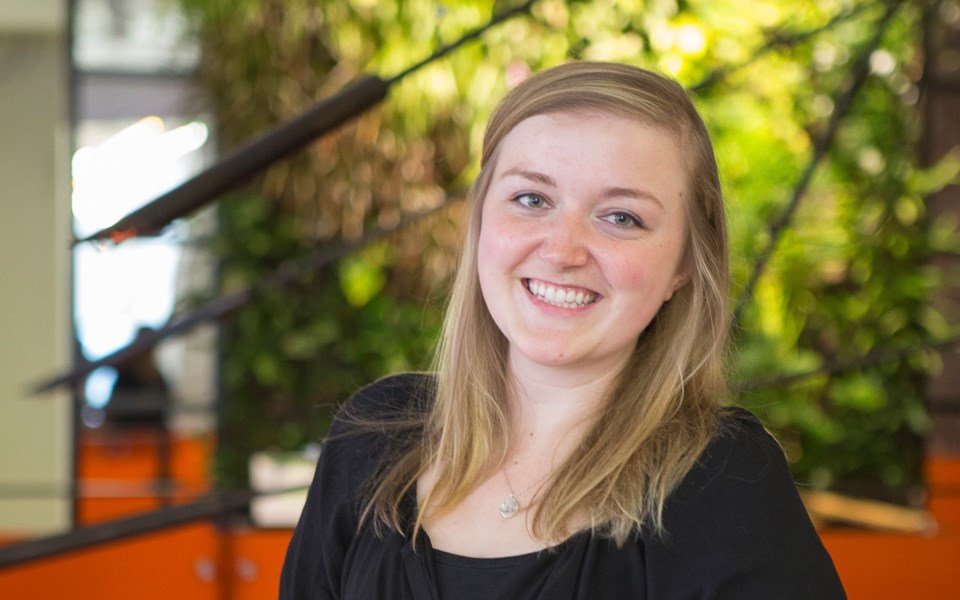 After climbing out of $30,000 of debt, Cait Flanders figured it was time to take a hard look at her spending habits.

"I'm earning a decent income, so why am I still living paycheque to paycheque?" she wondered. "When I just wanted my debt gone, I was super aggressive and got rid of it — and then went right back to spending. I wasn't paying attention to why I had gotten into that situation in the first place."

With the hard numbers staring her in the face, and a house full of stuff she didn't really need, the Squamish resident made a choice: she would buy nothing but the essentials for a calendar year.

"It sounds extreme, but I would actually say that all I was really doing was cutting out everything you might not need, or the things you think you want," Flanders said, adding that she allowed herself to buy consumables, such as food and toiletries.

Flanders details her self-imposed shopping ban in a new book, The Year of Less, published recently by Hay House. Over the course of the 12 months, the 32-year-old examined every aspect of her consumerist lifestyle. She decluttered her Port Moody apartment, getting rid of the majority of her belongings. She researched the zero-waste movement, taking stock of the impacts her spending had on the environment. She cut down on her TV time. She bought things secondhand.

The first to admit she's not the most financially savvy person, Flanders said the true lesson she took away from her year was just how impulsive we've become as a consumerist society. It made her question the true motivation behind her purchases.

"I could look around my home and realized how many things I had bought impulsively," she recalled. "I had also bought stuff more for the ideal version of myself. I would buy clothes for the more professional version of myself to wear. I would buy classic novels as if that would somehow make me more interesting. I wanted to be the kind of person who would read classic novels without actually acknowledging who I am and what my interests actually are."

Armed with this realization, Flanders was able to better align her budget with her values. She managed to put away about a third of her income (roughly $70,000, she said), and used about 18 per cent to go travelling, something her crippling debt never allowed her to do before.

"Eighteen per cent of my income was huge, but (I've wanted to travel) my whole life," said Flanders. "I value travelling, so once there was room for it in my budget, I didn't care that I didn't buy anything. I was getting to go to a ton of places, how amazing is that?"

By sharing her experience, Flanders is hopeful readers will gain a greater awareness of their own impulsive spending habits in a country where Canadians now owe an average of $1.70 in debt for every dollar earned.

"Before making a purchase, especially an impulse purchase, it's important to really stop and ask yourself: Why am I thinking of buying this? What story am I telling myself right now? What environment am I in? Did I have a bad day? Is there some reason I'm feeling the need to buy this?" she says. "Instead of acting impulsively, it's about slowing down and being more mindful about your purchases."

Visit Flanders' blog to learn more about her year-long shopping ban at caitflanders.com, or pick up The Year of Less wherever books are sold.