Pique's second instalment of a wide-ranging interview as the Howe Sound Women's Centre get ready to host Lewis as part of its 30th anniversary celebration.
Apr 4, 2012 9:00 PM By: Cathryn Atkinson 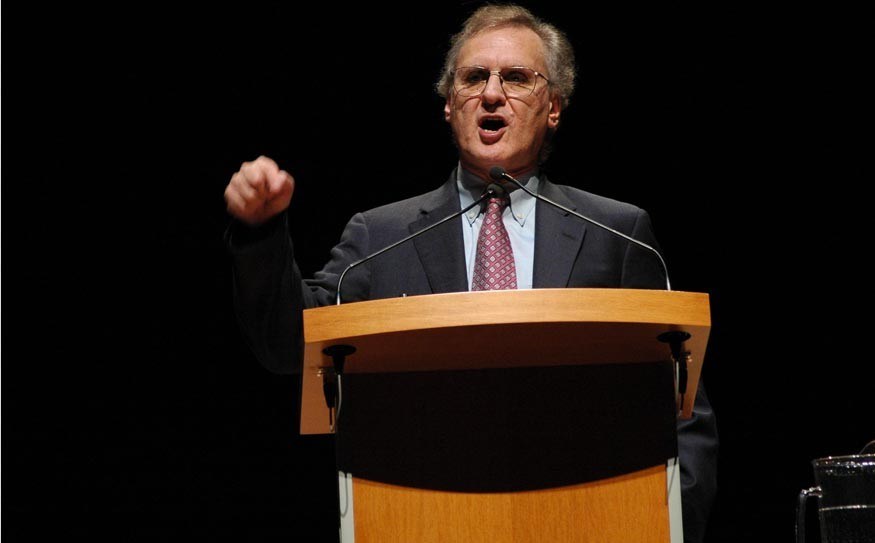 Lewis, a politician, broadcaster, author, educator and diplomat, is perhaps best known recently for his work as United Nations special envoy for HIV/AIDS in Africa, and for the work of the Stephen Lewis Foundation, which supports dozens of projects in Africa. He is the former leader of the Ontario New Democrats and gave the eloquent eulogy at the funeral of federal NDP leader Jack Layton in August 2011. He is currently the Distinguished Visiting Professor at Ryerson University in Toronto.

Lewis granted Pique an interview, which ran last week and today. Tickets for the gala, which also includes Katrina Pacey of the Pivot Legal Society, may be purchased at www.womeninfluenceourworld.eventbrite.ca

An overview of a 2011 study of conditions for women in the Sea to Sky corridor carried out by the Howe Sound Women's Centre can be read on page 52.

Pique: Was there anything in particular that put you on the political path you've been on?

Stephen Lewis: Yeah, birth! It's a DNA thing, there's no question about it. In my family, if I'd deviated, I would have been disinherited (He laughs).

I lived in a democratic socialist family and I invite the ideology; in my teens I went out to Saskatchewan to see Tommy Douglas and the CCF (Cooperative Commonwealth Federation) at work so I could get a sense of how what I believed in actually got applied.

All my life I've been a socialist. I smile when I read the desperate effort to use only 'social democrat' lest you be impaled by the word 'socialism' — It does not frighten me, I use it proudly. On every platform I've used democratic socialist, particularly in the United States where they have a momentary cardiac arrest.

Pique: Looking at your biography and your work over many decades, how do you maintain momentum? Do you ever have down time?

SL: Michele (Landsburg, Lewis's wife and an author and journalist) and I have three grandsons. (Our oldest daughter) Illana has two little boys and our younger daughter, Jenny, has a little boy who has lived with us from the day he was born. Jenny and Zimri, that's his name, are here at home, and he's now two-years-old. The three boys are Zev, Yoav, and Zimri — all Old Testament names, so I'm told. I'm a Biblical philistine so I don't know (laughing).

...I'm so smitten it's ridiculous. I'm completely crazy about him and we're good friends, and I miss him so much when I'm away that I notice that I'm beginning to curtail my trips so that I have evenings and mornings when I'm at home and can play with him either before he leaves for daycare or comes back.

It's just totally the perfect age, oh my God, it's wonderful.

That's the down time, you know, having some family time. I must say it's a very legitimate question that I ask myself constantly because I continue a pretty intense schedule and I am 74, the travel — it tells — I get kind of sore and tired.

But on the other hand, the issues, they energize one. The sense that there are occasional breakthroughs in the midst of everything else; in the midst of despair you can move things forward, or at least be a participant in the process. It can be exciting.

Pique: I imagine a lifetime of experience and knowledge of the things you have seen and been through brings a lot to the table as well.

SL: I hope so. I don't overstate that stuff because sometimes it tends to be. I'm lucky. ...This is just an incidental, but last Friday (March 23) Jim Kim was appointed president of the World Bank, well that's just glorious. It's a magnificent, brilliant appointment — I can almost forgive (U.S. President Barack) Obama for a whole lot of other things I'm sad about. I know Jim well and we've worked together and it is wonderful to see that the World Bank may finally become a development agency that cares about poverty instead of neoliberalism.

You watch those moments happen and it makes you feel like there's hope in the world.

Pique: Do you believe Canadians will become more politically engaged in the next few years?

SL: Yeah, I do. I do. I think that the presence of the NDP as the Official Opposition is such a novelty in Canada, and will create so much that is fascinating around the issues that Canadians will become engaged. The great problem with a Liberal opposition was, or even a Liberal government and a Tory opposition, was that there was far too much overlap. The so-called differences were more posturing than they were real, but here they're real.

I was just reading that in 2011, the United States generated... I think it was $338 billion in additional income, personal income, in 2011, 93 per cent of which went to the 'one per cent.' The average income increase for the other 99 per cent was $80 over the course of the year. For the one per cent, the increase was over 11 per cent in each instance to their income. The cut off was $350,000.

It just strikes me that intensifying inequality of North American society in income and other respects, there will be more and more interest politically and I hope that the NDP voice not only won't it be stilled, but it will be vigorous and aggressive.

Pique: I wanted to know what your upcoming plans are with the Stephen Lewis Foundation.

SL: With the foundation, I think we will continue to grow and continue to expand out work. The lovely thing about the Foundation is that it has two or three dimensions, which I really love. I say this as someone who is on the outside looking in, it bears my name, I nominally chair the board, but all the work is done by the staff.

When Illana and I were talking about it at the outset we said to each other, 'Let's not do what every foundation does, which is to have a board that makes a decision on which grants are authorized, so you meet every three or six months while people wait to find out.' We wanted a foundation where staff makes the day-to-day decisions and if there's a desperate urgency on Monday and we can appraise it in the field and we have people in the field in Africa, then we can get the money out by the following Monday. We're not going to fool around, this is a life-or-death issue. So the staff will make the decisions and move quickly.

Pique: Have you found that to be really effective?

SL: Oh, it's amazing. The board makes no decisions about where the money goes. In broad terms we have the general sense of things, but the individual projects, the staff makes the decisions. We also wanted to establish to a degree almost a family project, so that the writing to the projects would be respectful and inclusive and they would feel that they were an organic extension of the foundation, rather than recipients and a donor.

I think Illana and her colleagues have achieved that. It's wonderful.

Then we looked at a number of things that foundations normally don't get involved in. We established an institute for the prevention of sexual violence, which isn't so much resident in one place as it is a kind of moving institute, which brings together frontline workers who are familiar with rape and sexual violence. They will visit areas on the continent, which are desperately in need of counselling, or therapy, or assistance ,or direction or support. It's beginning to work very well.

We very early on adopted the principal that community health workers, the women, should not be seen as voluntary because they are really doing conscripted labour, so they should be paid. We brought many of them together from around the continent and have fashioned an approach to community work that is novel, not only in the fact that we insist that they be paid, but also — protocols is a lousy word — that there is an understanding of how things should be approached.

We're doing it similarly with orphan care and so it is not merely a foundation sending a grant to a bank account in Tanzania and hoping it gets out, everything is carefully monitored on the ground, visited regularly. New proposals, which are overwhelming in number, where we see something particularly needy or appropriate, it's appraised carefully and we're broadening out from the simple designation of money to the principles of the way in which a foundation should perform in these circumstances. I like it. It's very unusual.

Pique: I remember that you brought some African grandmothers here to Canada in the past.

SL: Yes, yes. It started with a grandmothers' gathering where we brought 100 African grandmothers from 15 countries and now we're bringing them to Canada regularly, and they crisscross the country and visit small communities, rotary clubs and trade unions and community centres, high schools, primary schools and churches. It's just incredible.

There have now been grandmothers gatherings in Africa, the most recent being one in Swaziland, 1,500 grandmothers from different parts of Africa and we had 40 or 50 Canadian grandmothers who went over to be a part of it, so there is a back and forth now.