Creating a 'safe haven' for festivalgoers in Pemberton

A range of counselling and support services available at Pemberton Music Festival
Jul 17, 2015 1:30 AM By: Brandon Barrett 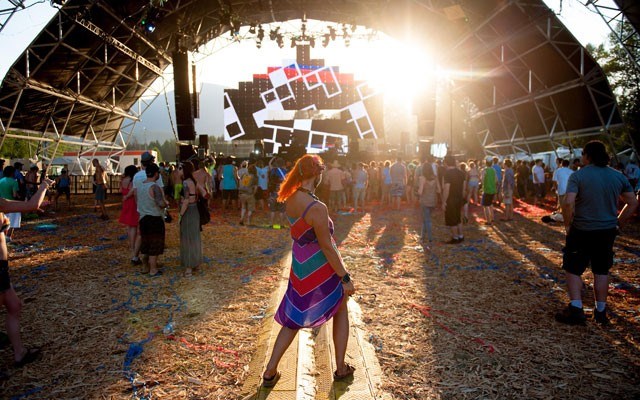 Officially speaking, the Pemberton Music Festival (PMF), which kicks off Thursday, July 16, is a drug-free event.

The reality, of course, is that illegal substances always seem to find their way into large-scale music festivals no matter what barriers are put in place.

So rather than pretend like the issue doesn't exist, festival organizers across North America are taking a more proactive approach by offering resources that are designed to mitigate the potentially harmful effects of ingesting drugs. The same is true for Huka Entertainment, producers of the revamped PMF, which, in addition to offering a range of round-the-clock medical, security and emergency services, will host several community organizations onsite dedicated to providing counselling support for substance and consent-related issues.

"We designed the festival to be aware of the harms and issues that may come into play," explained Dr. Sam Gutman, who arranged an area of the festival he called "Safe Haven" where various support groups and services will be offered to attendees.

The "Rock Doc," as Gutman is known, is an emergency room doctor at Lions Gate Hospital with over 20 years of experience providing life-saving services at events like Ironman, Tough Mudder and the Pemberton Music Festival through his medical services company, RockDoc Consulting.

Gutman's company was an integral contributor to a recent report from the Canadian Centre for Substance Abuse that looked at ways to reduce the negative impacts of drug and alcohol use at Canadian music festivals.

One of the most effective methods? Putting in place harm-reduction measures like the ones that will be offered at Safe Haven.

"It's a very important priority that's been woven into all of our planning from Day 1," Gutman said.

One of the groups Gutman has invited to PMF this year is Vancouver-based organization Karmik, which will help facilitate a "sanctuary space" onsite where festivalgoers can go if they're having a bad drug trip.

Karmik's mandate centres on the concept of peer counselling, with the idea that people are more likely to seek help from a peer than those in positions of authority. In collaboration with Vancouver Coastal Health, Karmik will also be distributing "party packs" to attendees that will include condoms, lube and straws for "safer snorting."

"Our space, as required, is a safe space from festival security and they're totally aware of that," he noted. "It's the only way it could work."

Local law enforcement, however, will be operating as usual.

"Our main focus is obviously on public safety," said Whistler RCMP's Sgt. Rob Knapton. "At the end of the day, it doesn't matter what kind of place it is, there's not an area (of the festival site) where there won't be enforcement from us."

Despite the official stance of police, offering a judgment-free space where the dangers of drug use can be addressed before they emerge is becoming increasingly more common at festivals like California's Lightning in a Bottle and Nelson, B.C.'s Shambhala. Free from the constraints of corporate sponsors, Shambhala has for years instituted a wide range of harm reduction measures. One of the most controversial is the option for attendees to have their recreational drugs tested in a controlled environment to ensure what they're ingesting is safe.

According to the festival's head of security, Shaun Wilson, it has resulted in a significant drop in the number of attendees being sent to the local hospital.

"I hope other festivals do take a cue from Shambhala, because, if applied right, although it may not be able to be officially sanctioned by all parties involved, it's a strategy that's showing to be a great resource," said Wilson.

That doesn't mean illegal substances are simply tolerated at the festival, explained Wilson, who said his security team goes to great lengths to stem the flow of drugs.

"If we find your drugs, we will take them away and dispose of them," he said. "But at the same time we're looking more to take care of our patrons and make sure they're having a safe time."

Music festivals have come under fire in recent years following a rash of overdoses and drug-related deaths. Around 80 people were taken to hospital and a woman died of a suspected drug overdose at last August's Boonstock festival in Penticton. Another two people died after taking drugs at Toronto's VELD Music Festival. The Pemberton Music Festival was also hit by tragedy in 2014 when 21-year-old Nick Phongsavath was found dead.

With plenty of new music festivals popping up seemingly overnight, recreational drug use is something event organizers have to face head on, said Wilson.

"How far are you willing to take it to protect your guests?" he said. "If you're going to ignore the problem like it doesn't exist, then unfortunately you're not giving your customer the best chance to have the best experience."

The Pemberton Music Festival wraps up on Sunday, July 19.