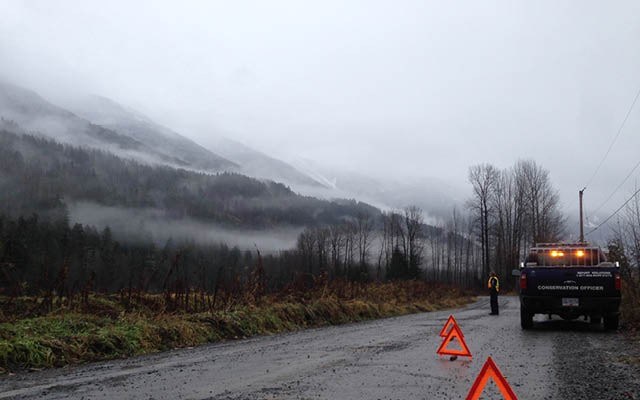 A hunter from Metro Vancouver is digging deep to pay a fine for shooting a deer in a Pemberton farmer's field. The man shot the doe from inside a truck — a Pemberton resident who knew it was a violation of the law witnessed the incident.

Conservation Officer Simon Gravel said the man was on the way out of the bush following an unsuccessful day of hunting with two other men on Nov. 13. The trio pulled into the farmer's driveway after they spotted the doe, Gravel said.

The Pemberton resident called 911 and the RCMP responded quickly. Gravel said the police brought in the three men to face criminal charges. But after the RCMP and the Conservation Officer Service (COS) consulted they agreed the shooter should be given violation tickets totalling $1,500 in fines instead of being charged criminally.

"It could have been worse for him," said Gravel.

The shooter received three wildlife and firearms violation tickets for shooting in a cultivated area and illegal use of a firearm.

"We did some roadblocks and patrols for the full month of November," said Gravel.

Over the course of the month 30 violation tickets were issued.

"It is important that all the hunters follow the rules," Gravel said.

"We always like to see conservation officers up here in the valley," said Allan McEwan, the association's president. "Their presence is a huge help in keeping things under control."

He said there was a time between 1974 and 1984 when a conservation officer was posted in Pemberton.

The PWA encourages anyone who spots a wildlife offence to call the province's Report All Poachers and Polluters (RAPP) line at 1-877-952-7277 (RAPP). Potentially dangerous wildlife encounters can also be reported to that line.

Meanwhile, the Conservation Officer Service continues to investigate the suspected shooting and killing of a grizzly bear named Jewel. The bear, described as one of just six breeding females in the Stein–Nahatlatch grizzly bear population unit, was collared and researchers were following her movements until Oct. 13, 2012.

A reward of $2,000 was offered for information leading to an arrest. The file remains open and anyone with information about what happened to Jewel is asked to contact the conservation officer service.