DFO looking for Squamish properties, according to FOI documents 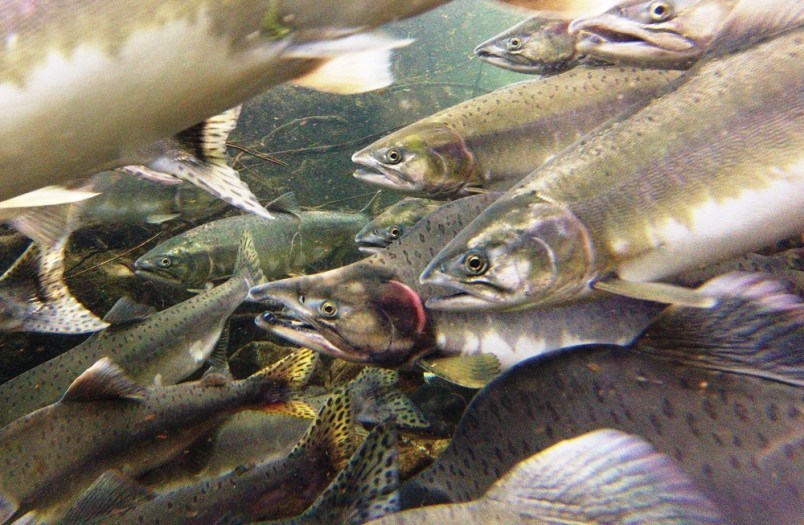 There is a possibility the local office for Fisheries and Oceans Canada (DFO) may be able to remain at Hunter Place in Squamish, according to documents obtained by The Chief through a Freedom of Information request.

On May 4, emails exchanged between the regional director of conservation and protection Mike Carlson and regional director of real property, safety and security Lisa Kerr said that the building had not sold and “the new owner may be prepared to enter into a lease with us.”

“Lisa and I met today, and it seems that we may have an opportunity to extend the lease. It would still have to be approved by [Public Services and Procurement Canada],” said Carlson in the email.

A briefing note to the Minister of Fisheries with the subject line “Squamish office next steps” was sent that same day, according to the emails, but the memo was withheld in the FOI request.

While four months have passed since that email was sent, department spokespeople said they could not provide any new information to the public.

Instead, quotes sent last April were resent, explaining that the current lease expires on March 31, 2019. Senior management are still “currently weighing options for effective operations in the Squamish area.”

Community groups in Squamish, including Squamish Nation representatives, have been sounding the alarm around the closure since July.

Emails sent to The Chief in April by a member of the public suggested that one option considered by the department was keeping one non-enforcement staff member at the Tenderfoot Hatchery while moving the sole enforcement staffer to Steveston.

While most of the documents received from the FOI request were heavily redacted, they also provide some background information.

According to emails exchanged between real estate regional manager Noel Taylor and staff, senior management told Squamish staff that the lease was due to expire on April 6, 2018 and the department had been given notice that the property was being sold almost a year earlier.

On April 30, Taylor instructed Squamish staff to provide numbers around full-time staff and space requirements for the office.

“We can get on this right away as soon as I have these details,” she said in an email, adding on May 2 that “high-level options” could be prepared by May 9.

None of those options appear in the heavily redacted document.

DFO last renewed their space at Hunter Place in 2017, with space for four full-time staff members and three vehicles, in addition to outdoor storage (likely for boats) and ability to store guns and ammunition on site.

While officials were working on sending details to the federal government’s procurement branch, the emails show that staff inside the office were doing their own legwork to inquire about office space.

A Squamish realtor responding to an inquiry email said that “commercial space is incredibly bleak right now” and recommended that the department move fast if they wanted to secure something.

On May 4, after being sent emails from Black Tusk Realty, section head Michael Crowe thanked the employee for his initiative but noted that another branch of government — business management and real property — needed to be involved before “conducting a property search via real estate companies.”