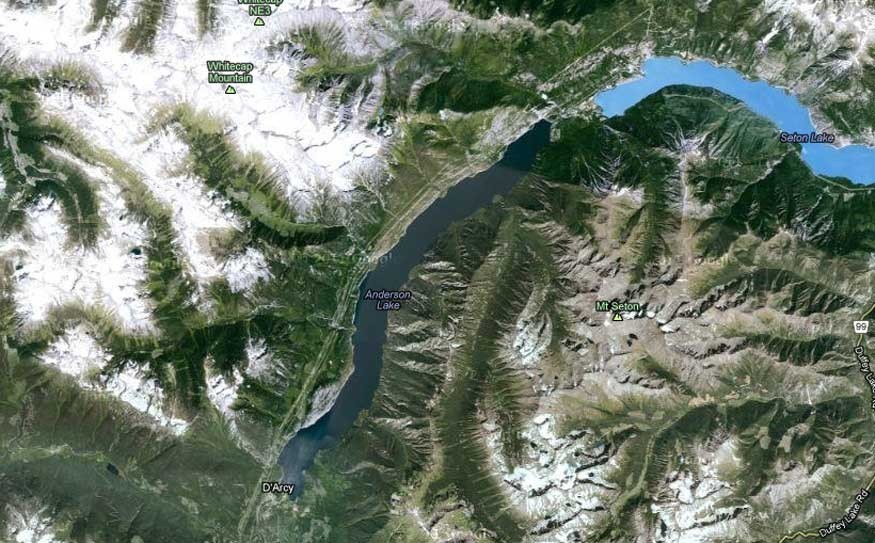 The Douglas Trail Road wraps around the west side of Anderson Lake between D'Arcy and Seton Portage.

The Douglas Trail Road, formerly known as the Highline Road, was declared a provincial highway on Feb. 7 by B.C. Supreme Court Justice Loryl D. Russell, putting an end to decades of conflict and uncertainty over who should maintain the 24km dirt road that connects D'Arcy to Seton Portage along the west side of Anderson Lake.

Wolfgang Skutnik, who owns a property along the road, filed the petition back in 2010, which received a five-day hearing in Kamloops in November. The judgment looked at all the diverse uses of the road going back to the days when it was part of the actual Douglas Trail that was built to help gold prospectors get to the Cariboo Mines. More recent users include BC Rail, the Ministry of Forests and BC Hydro, as well as residents at both ends of the road.

Given the road's history and the fact that the Squamish-Lillooet Regional District awarded Skutnik a residential address along the road, the judge declared that the road's original intent was "as a route of access for BC Hydro and local residents." In other words, it was never a resource road and therefore should be maintained to a public standard at the province's expense.

"The Petition is based on the Highways Act, Section 42," wrote Edeltrud Skutnik in a letter to Pique last year. "If there is public money spent on said road then the road is deemed a public road... The Government has spent over $1,140,000 on that road and we have to go to Court to have legal access granted to our homes."

Recently, residents in the area were concerned that the maintenance budget for the road had been cut with the Ministry of Transportation ending an annual grant of over $42,000, going back to 2005, and additional funds from BC Hydro. That let the Seton Chamber of Commerce with less money to grade and maintain the road, and it was uncertain who would pay to fix the road after a major event like a bridge washing out or a rockslide.

As a provincial highway, the road will have to be maintained by the province in the future, while providing certainty to residents that the road will remain open. Currently, the province is looking to create a Resource Road designation that would allow Crown corporations and others on Crown land to close roads they're no longer using unless another party steps up to assume the cost of maintaining the road.

The Seton Chamber of Commerce is holding a meeting on Sunday, Feb. 10 to discuss the court ruling, but some residents are already celebrating.

Sukh Bajwa, the manager of the Highline Inn in Seton Portage, said he doesn't know how the ruling will affect the road in the short-term, but in the long-term he's confident the result will be a better, safer road — and more visitors to town.

"We have the Mission Mountain Road coming from the other side of Lillooet and the ministry takes care of it all year round," he said. "They're always grading it and if there are rock slides or anything they clear it right away. Only a few times has it been closed for more than a day or two for a bigger slide. If that's the same treatment this road is going to get, I'm very happy with that. It's definitely going to increase the traffic."

Not everyone feels the same, he said, and there are some residents that don't want more tourists and visitors to the area or more traffic on the road. But most of the people he spoke to on Friday welcomed the news. "Overall people are very happy and it's a very good reaction," he said.

The Ministry of Transportation has not made a statement yet regarding the ruling or their new tenure over a road that most people require a 4X4 to drive. A spokesperson told Pique on Friday that they would be reviewing the judge's ruling and determining next steps.