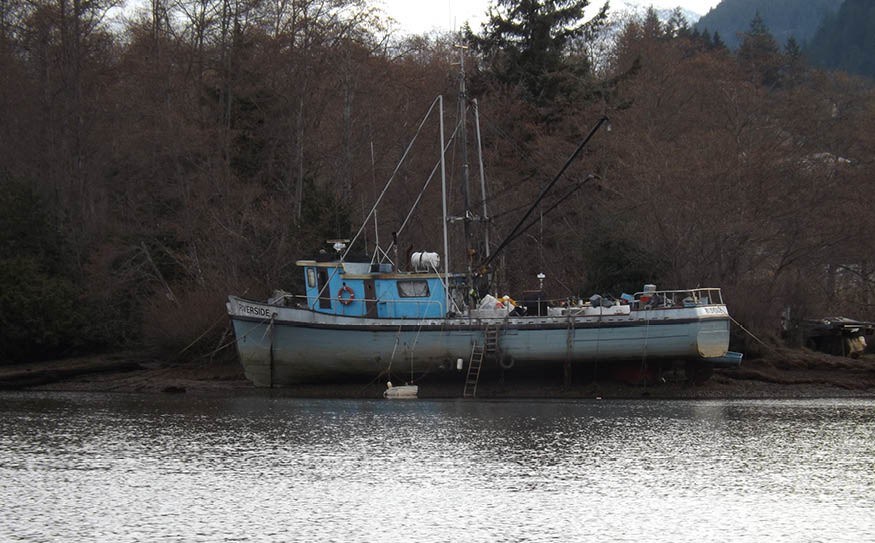 SAFER SAILING Boaters are enjoying newfound flexibility with their sailing schedules following the removal of more than 4,000 cubic metres of sand from the entrance to the Mamquam Blind Channel in Squamish. Photo by John French

A Squamish dredging project more than a decade in the making has finally completed some of the clearing of the Mamquam Blind Channel (MBC).

Vancouver Pile Driving Ltd. cleared out more than 4,000 cubic metres of sand and gravel from the Channel between April 15 and 18, a window of opportunity permitted by the Department of Fisheries and Oceans (DFO). The sand pulled out of the navigable channel is just a fraction of the amount of sand sailors would like removed but the four-day project has left boaters with a better situation than before the work was done.

The gravel from the Stawamus River has slowly and consistently built up just south of the Squamish Yacht Club decreasing the depth of the channel to the point where boats couldn’t use the channel during extreme low tides.

Greig Garland, the District of Squamish (DOS) Director of Capital Projects, said the dredging project went smoothly. He called the work funded by the DOS a stopgap as the work was purely a maintenance project with up to 100,000 cubic metres of sand that needs to be removed from the mouth of the MBC to do a thorough job.

“We basically carved out a navigable channel that’ll satisfy the small craft water boating community for the next few years while we sort out how to do the big one,” said Garland.

Commodore Ian Dennis, the head of the yacht club, said the members of his club are really happy with the efforts of the District of Squamish to dredge the MBC and make it safer for boaters.

“What this did is it opened up the channel so people can get their boats in and out, more or less, at all tides,” said Dennis. “I came through the other day on a 10-foot tide and I had 17 feet from the waterline.”

He noted that the dredging has significantly improved the navigation of the channel. According to Dennis, the club is looking into creating a fund to save money for the larger dredging project expected at some point in the future while contemplating making a contribution to the small project completed last month.

“It’s huge for recreational boats, especially keelboats, sailboats and even with bigger power boats, so it is going to make it a lot more enticing for people coming here to enjoy the place,” Dennis said.

Once the word gets out that the channel is safer, Dennis predicted more out of town sailors will visit Squamish. He expects the annual regatta held in Squamish each summer will attract more large boats.

“We bring some pretty sexy sailboats in here from all over because they love coming to sail in the wind but they hate getting into the channel,” said the yacht club commodore.

Squamish forestry companies are just as happy as the boaters. Garland said the material pulled out of the channel was dumped in an area close by that is being developed on Squamish Nation lands as a future light industry zone for log sorting.

“It saved us from putting it into the ocean,” said Garland. “That was the original game plan back in January.”