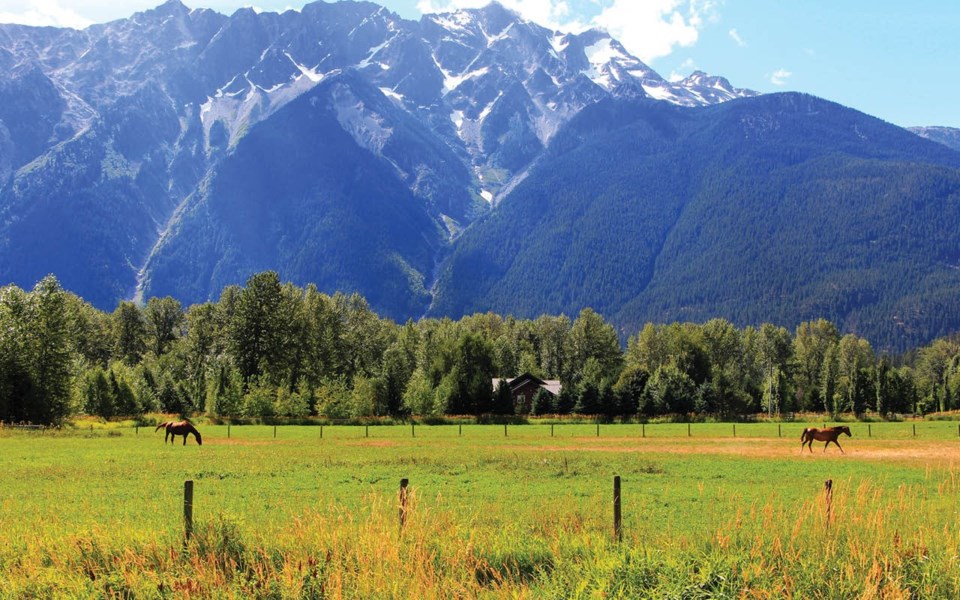 Under recently proposed changes to legislation, first brought forward in February 2019 to prohibit mega mansions, there would no longer be restrictions on those who can live in secondary homes on ALR land—previously, they were restricted to farm workers or immediate family.

Landowners would have the right to both a principal residence and a small secondary residence on their property, provided they have approval from their local government.

ALR property owners would not be required to apply to the Agricultural Land Commission (ALC) for approval.

Also under the proposed change, the size of secondary homes would be capped at 92 square metres (1,000 square feet).

The proposed regulatory change went out for public consultation at the end of last month with feedback being accepted until April 17.

According to Anna Helmer, president of the Pemberton Valley Farmer's Institute (PVFI), the change makes sense as it keeps the size of the secondary home relatively small.

"I think it's great that they've kept the houses quite small, she said, adding that the whole idea behind recent ALR legislation is to allow "the next generation or a new farmer to live on the farm.

Local MLA Sturdy, a longtime farmer in the Pemberton Valley, welcomed the "direction" of the proposed change, but said that overall, he believes the ALR changes have been largely ill advised and poorly executed.

"Well, I would rather we didn't find ourselves in this place in the first place," he said. "It was almost like a solution seeking or a problem."

Sturdy, who currently has an application for agriculture worker housing with the ALC, said that the production value of small farms, such as those that are 20 hectares or smaller, doesn't equate to the cost of the land.

However, Sturdy added that he thinks the changes to the secondary-housing policy could help alleviate Pemberton's housing crisis.

"That's one of the reasons that I've been trying to put seasonal agricultural worker housing on my farm for the last year, because I have been having to bounce around to various rental properties around the valley for the last number of years," he said.

Helmer, meanwhile, said she was very happy with the changes that were introduced last year.

"Lots of governments say they are protecting farmland and then do absolutely nothing," she said.

The 2019 amendments to the Agriculture Land Commission Act include limiting the size of primary residences; restricting the removal of soil and increased penalties for dumping of construction debris and other harmful fill in the ALR; and reunifying the ALR as a single zone.

In response to concerns about the changes raised through public-consultation, -the province delayed its implementation until February 2020. Now, after further feedback, this grandfathering period has been extended until Dec. 31, 2020.

Asked for a comment from the SLRD's perspective, a spokesperson sent the following: "In regard to the proposed new regulations, it would be premature for the SLRD to comment as we are reviewing them now.

"Should any changes be made to the regulations, the SLRD would make any necessary adjustments to its own bylaws."

In a release, Lana Popham, Minister of Agriculture, said that the province is committed to protecting farmland going forward.

"We are continuing to do the work necessary to help farmers farm and protect farmland for future generations," said Popham. "The ALR is B.C.'s best food-producing land, and is just five per cent of our province's land base—it's so important for food security. The proposed changes, if implemented, would provide additional residential flexibility in the ALR.

"We recognize that rules by the previous government do not reflect the needs of British Columbians and as a result, we are proposing to allow more flexibility for small secondary residences."