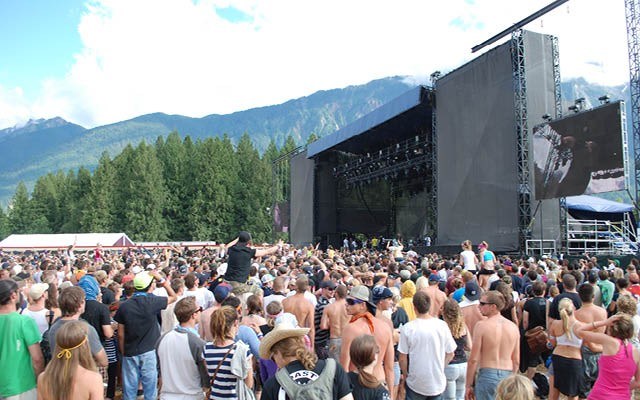 Pemberton Valley residents should expect minimal delays when travelling between July 16 and 21, say organizers of the Pemberton Music Festival.

Informational pamphlets outlining the festival's traffic management plan were set to be delivered by mail starting Thursday, July 3, with several key details for both festival-goers and non-attendees.

Bumper-to-bumper traffic on Highway 99 was one of the major complaints about the 2008 festival, but since the event's return was announced last year, organizers have stated they've learned lessons from the original festival to devise a much more effective approach. That includes staggering the arrivals of campers over three days and the ability to stage up to four kilometres of vehicles off the highway as they enter the site.

With just a couple of weeks until that plan is put into action, the festival's director of community relations said organizers remain confident that travel impacts will be minimized substantially this time around.

"I'm excited about the festival, but I'm really excited about the transportation plan," said Maureen Douglas. "We do know some people need to anticipate some congestion, but we have a number of different mechanisms to keep traffic moving."

Organizers are recommending area residents leave their vehicles at home when possible, and to take care of errands and grocery shopping in the days before the festival, if possible.

However, although organizers can only predict the impacts until festival attendees begin arriving, Douglas said Pemberton-area residents who live west of the festival site aren't likely to encounter serious delays. Those who must travel past the site on Highway 99 should budget an extra 10 to 20 minutes into their travel plan, Douglas suggested.

"People in residential homes on (the west) side I think will find it fairly easy," she said.

"For traffic coming from the north, heading south to Whistler — coming from Mount Currie or further on — there may be some congestion, but we anticipate it will be relatively short."

Pemberton residents should also take note of parking regulations for the festival weekend. Downtown street parking will be limited to four hours between July 17 and 20, while residential passes will be required for people to park vehicles on the street in front of their properties, or else they will be towed.

The residential passes are available as of July 3 at municipal hall. Up to two passes per residence will be issued upon proof of residence.

However, no street parking will be allowed on Urdal Road, Pemberton Farm Road, Fraser Road, Collins Road, Airport Road or anywhere in the Industrial Park, regardless of the parking passes.

Strata properties will determine their own parking regulations for the weekend.

Douglas said information contained in the mail-out would be posted at www.pembertonmusicfestival.com this week.