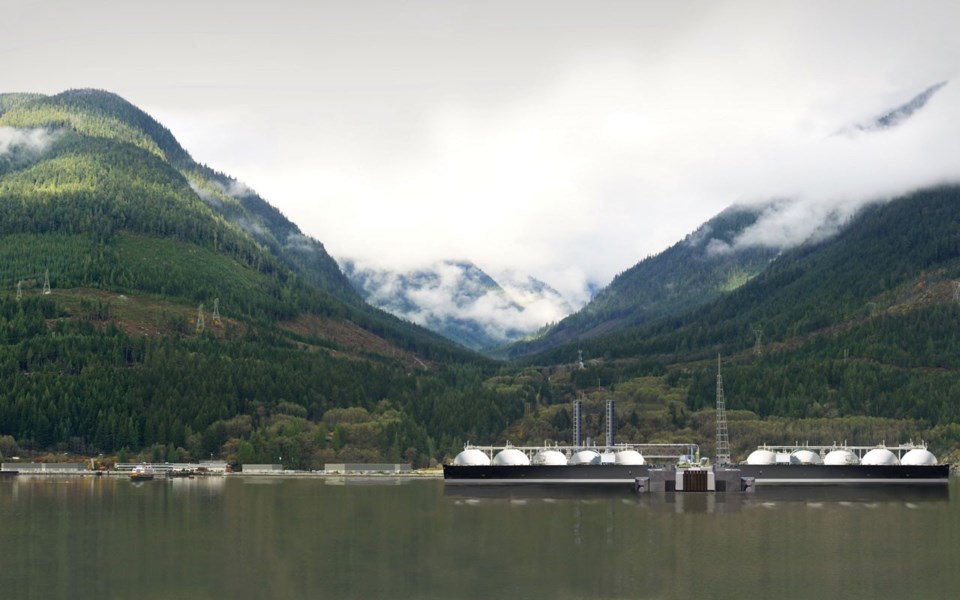 The potential site for the controversial compressor station, related to the Eagle Mountain—Woodfibre Gas Pipeline Project, is being reconsidered—again.

FortisBC confirmed late last month that it is considering moving the compressor station from Mount Mulligan to the Woodfibre LNG site.

"In response to feedback from the community, we are evaluating the possibility of locating the new Squamish compressor station at or near the Woodfibre site," said Vanessa Connolly, senior manager of external relations with FortisBC.

"We are currently carrying out a feasibility assessment. If a new location is chosen, we would follow all necessary regulatory processes."

Squamish Nation leadership said it is aware of the possible change, but didn't express an opinion on the move.

"As one of the local governments, the Nation will review any changes in the scope of the project and will await further information and analysis," said Khelsilem, Nation spokesperson and councillor.

Mayor Karen Elliott said the District is in talks with both Woodfibre LNG and FortisBC as plans for the LNG facility progress.

"We have been informed that FortisBC is looking at whether or not a site on or near the Woodfibre LNG site may be suitable for a compressor station, and expect more information in the fall once they complete their due diligence," she said in an email.

The compressor station was initially slated for the Squamish Business Park, but opposition from residents and the Squamish Nation led to the Mount Mulligan, Valleycliffe location to be chosen instead.

Valleycliffe residents and representatives with the Squamish-based environmental activist group My Sea to Sky were not happy with the Mount Mulligan location, 1.8 kilometres from residences.

Noise, proximity to drinking water sources, greenhouse gas emissions and other safety concerns were also cited as issues with the Valleycliffe location.

The Woodfibre LNG site is about seven kilometres southwest of Squamish.

My Sea to Sky's Tracey Saxby said the move to relocate the planned facility is a step in the right direction.

Saxby added that the group would like more information about the relocation to Woodfibre, in particular about the safety of placing the facility so close to the liquefaction plant and floating LNG storage units.

Carbon Engineering received a loan of $25 million from the federal government to help create a new innovation centre in Squamish.

"This new project will, over time, create 450 new jobs, maintain over 50 existing jobs, will promote further clean-tech innovation and will protect our environment as Carbon Engineering will use this funding to develop and deploy clean technologies that will help to mitigate the impacts of climate change," said Jonathan Wilkinson, the federal Minister of Fisheries, Oceans on June 25 in Squamish.

"Today's announcement is about attracting investment. It's about creating high-skill jobs, it's about developing Canadian expertise and making sure innovation is something that happens here in communities like Squamish and across this country."

The new Newport Innovation Centre on Squamish's oceanfront will include a research and development facility, lab and offices as Carbon Engineering continues to develop its direct-air capture and Air-to-Fuels technology for commercial use.

The centre will act as a model for commercial plants to be built in Canada and internationally.

David Keith, the founder of Carbon Engineering, said the centre would be operational in two and a half years. The project is currently in the late stages of engineering, and contracts will be issued early next year. Approximately 100 people will be employed within two years. The loan repayment would begin at a favourable interest rate once the company's commercial operation is running.

This funding will be combined with the $91 million Carbon Engineering raised earlier this year in a private investment round.

It will go toward the commercial deployment of the technology at full scale, up to one million tonnes of carbon annually, Keith said.