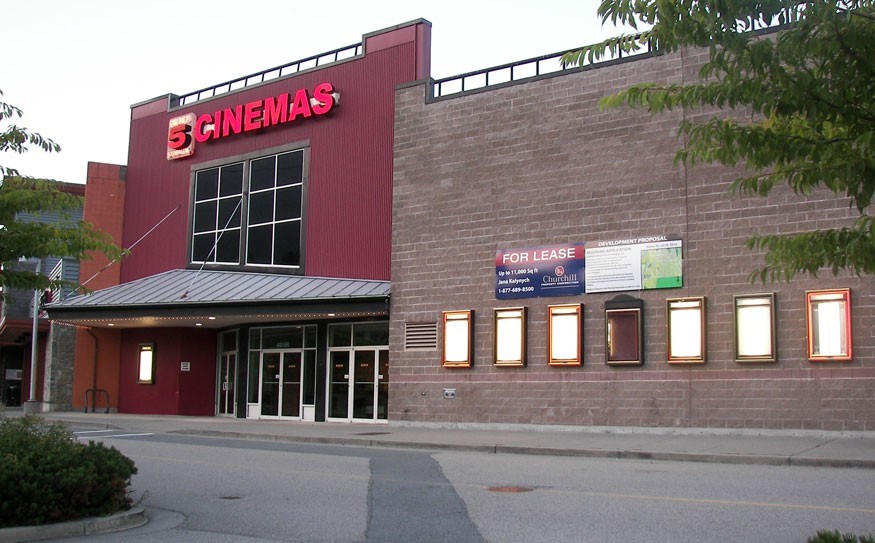 The former Garibaldi 5 cinema at Garibaldi Village in Squamish looks poised to get a new lease on life.

The mall owner, Churchill Property Corp., has asked the District of Squamish (DOS) to amend the zoning for the building to allow for a fitness centre, a restaurant, retail stores and indoor recreation as permitted uses of the space.

When the cinema opened in 2004 it was a key mall component, as the DOS council of the day required its developer to include a theatre in its development plan.

Chris Bishop, the DOS director of planning, told council that the mall owners want flexibility to use the space for something other than a cinema because a theatre operation is unsustainable.

"In working with the landowner we have encouraged them to keep a theatre presence," Bishop said. He added that Churchill Property hasn't given any assurances that movies will show again in that space.

"That is a business decision for the landlord and the tenant," he said.

Councillor Doug Race said the movie industry has clearly changed a great deal since 2004, making it a challenge to successfully operate a cinema.

"I don't agree that we can dictate to an owner that they have to have one or two screens there," said Race.

The theatre operator closed the cinema on Aug. 9, indicating the business couldn't carry on losing money. The mall owner claimed that Metropolitan Theatres Corp. owes more than $700,000 in unpaid rent and a lawsuit was filed to recover that debt.

Corwin said the rezoning of the building makes sense. "That will be good for the community," he said.

A public hearing on the zoning amendment will be held at an upcoming meeting. Council will make a final decision after the public consultation.

A plan to tweak the transit system in Squamish to better serve students has been approved by DOS council.

Student monthly bus passes will be sold for $20 at school offices. Councillor Heintzman pointed out that the new program eliminates the special pricing in place for Valleycliffe students who used to have access to $10 per month bus passes.

Students save $9 a month compared to the cost of a monthly adult transit pass.