Goldsmith-Jones sets out case for Liberals 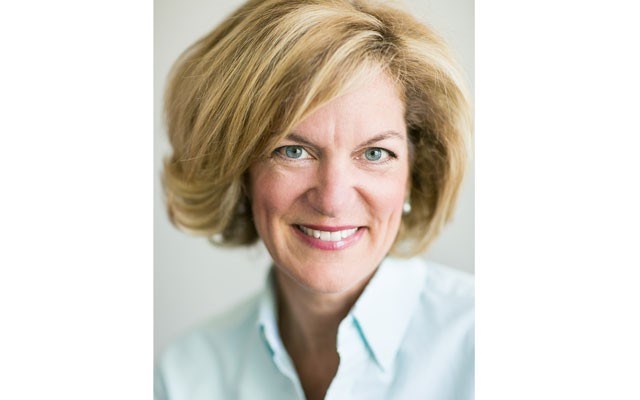 To represent the riding she would have to beat out two-term incumbent MP, Conservative John Weston, in the 2015 federal election.

Goldsmith-Jones, who served as West Vancouver mayor for two terms between 2005 and 2011, beat out small business owner Robert Cannon-Brown of Gibsons for the nod.

With over a year before the next federal election, Goldsmith-Jones said her No. 1 goal at the moment is "to work throughout the riding, listening to what people have to say." She also spent several months touring the riding throughout her nomination campaign, and has heard the concerns of her potential future constituents loud and clear.

"What people are saying is that they're generally concerned about the state of parliamentary democracy in Canada, and I find that really interesting and very powerful," Goldsmith-Jones said. "A lot flows from that. If we don't have freedom of speech, transparency and the independence of various branches of government, then we have nothing."

The Liberal nominee said she's also heard concerns over the relationship between the environment and B.C.'s economy, and "how we can make the best decisions when some of the environmental protection legislation has been eroded, but also when we're facing a big proposal for industry."

To that end, Goldsmith-Jones said she does not support the Northern Gateway Pipeline Project in its current form, although she supports the conditions placed on the project's approval by Premier Christy Clark.

"I think, fundamentally, communities and First Nations have been mistreated by Enbridge, and certainly the process has not worked well at all," she said. "I appreciate Christy Clark's five conditions, I think it makes a kind of sense, but as it sits, no, there's too much at risk."

Goldsmith-Jones, who is finishing up her executive MBA at Simon Fraser University, also highlighted the value of outdoor recreational tourism to the riding.

"I'm doing my graduating paper on outdoor recreation in Howe Sound from the perspective of a company based in Sechelt called Aboriginal and Eco Tour Services," she explained. "It's about aboriginal and eco-tourist products, and I did that on purpose so I can learn about the strengths of the riding in that regard, because it knits all of us together."

She also admitted to having "a lot of listening and learning" to do before her campaign kicks off in earnest, and hopes to build up her relationship with communities in the riding, including Whistler.

"As mayor of West Vancouver, I worked really hard to make sure I was friends with mayors in the region. I know a lot of people (in Whistler) in various walks of life, and strengthening those bonds is really important," Goldsmith-Jones said. "I don't see the communities in the riding as being separate at all, nor do I see them being played off against one another.

"I'm excited to meet people. I'll be in the community this summer and building towards the year ahead."

The next federal election is tentatively set for October 2015.