Government says no to Sunshine Coast to Squamish trail 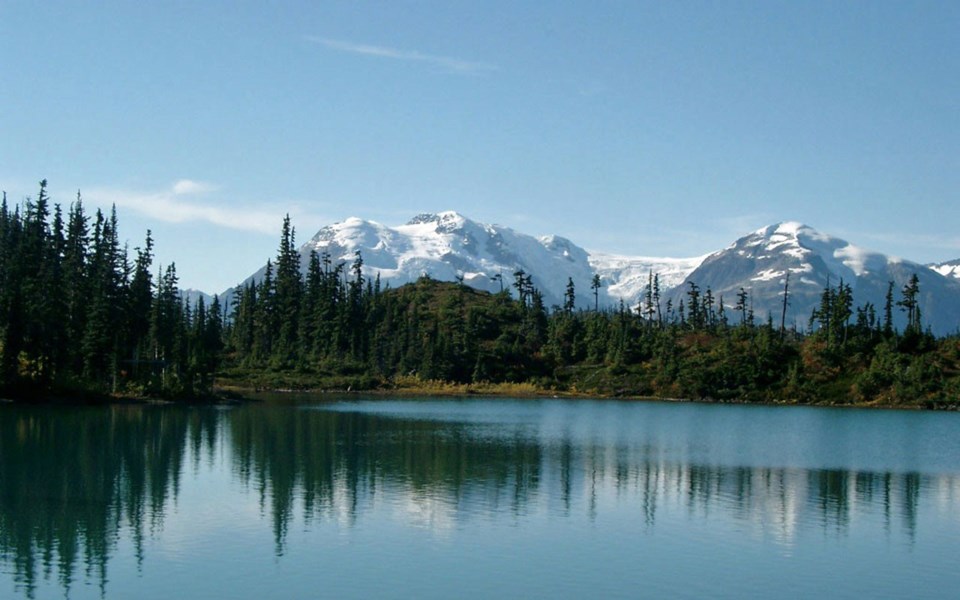 a river runs through it Victoria recently shot down a proposal to build a trail between the Sunshine Coast and Squamish, saying it cuts through important grizzly habitat, like the Clowholm River, pictured above. Photo courtesy of Can projects

The B.C. government has put the brakes on a trail that would connect Squamish and the Sunshine Coast.

The trail has been under construction for the last several years, led by a group called The Squamish to Sunshine Coast Trail Society. As envisioned, it would link Sechelt and Squamish.

An application to build a 12-kilometre section through the Clowhom River and Pakosha Creek drainages was recently turned down on the grounds that it would pose an issue for the tenuous population of grizzlies that lives in the area.

In an emailed statement a spokesperson for the Ministry of Forests said, "Ministry grizzly bear experts have confirmed that the area has a very high value to an endangered population of grizzlies.

"Recreation Sites and Trails BC is looking into the report that trail construction had started without authorization and will work with the appropriate enforcement agencies if required."

Johnny Mikes, field director at the Coast to Cascades Grizzly Bear Initiative, welcomes the decision to turn the application down.

According to Mikes, even though a trail might not seem like a big deal, they can be very problematic.

"You can have giant projects that have a really big impact," he said adding that the largest impact on grizzly bears typically is what one would call "cumulative effects."

"It's a landscape that already has a lot of impacts on it," he said.

Speaking generally, Mikes said that, while he is all for trails and outdoor recreation, trail builders sometimes don't give enough consideration to the impacts of their trails on local wildlife.

Trails can bring hundreds of people to an area and lead to mountain biking and dirt biking as well, said Mikes.

The society responsible for the Sunshine Coast-Squamish trail declined an interview saying that the "project is currently attracting more attention than we'd like, especially in its current state."

But a post on the group's Facebook page said: "Bad news, folks. Our Section 57 application has been denied due to encroachment into grizzly bear habitat. We've currently requested additional information in the hopes that we can plan an alternate route to avoid the habitat in question. Stay tuned."