Hockey academy hopes to begin operations in the fall

Other academies available to students in september
Feb 5, 2014 8:00 PM By: John French 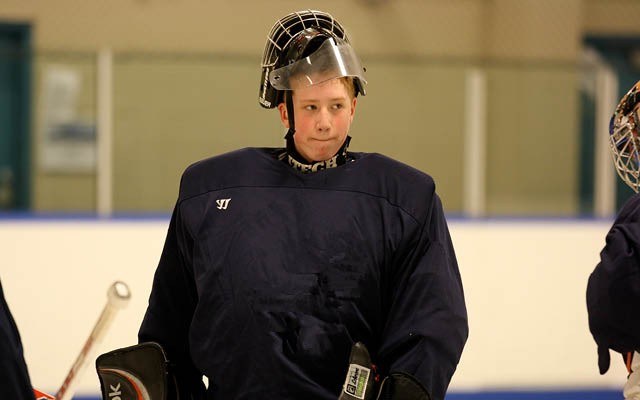 Hockey academies are the latest hot trend in education and the Sea to Sky school district is hoping to capitalize on that by offering one at the Pemberton and Whistler high schools.

The school district is partnering with the Pacific Rim Academy (www.rpmhockey.com), a company running hockey academy programs in more than 10 other B.C. schools.

Whistler Secondary principal Bev Oakley said the motivation to offer a hockey academy in Whistler came from students and parents.

"We've had four or five students over the last six or seven years that have had to go away to an academy to work on their hockey skills," said Oakley.

The academy envisioned for Whistler would be offered to boys and girls high school. At least 20 students need to register for the $256-per-month academy to get the green light, though it can accommodate more students than that.

The RMOW has dedicated ice time at Meadow Park Arena for the program between 10:30 and 11:30 a.m. three days a week. Oakley said students in the program would get credit for the time they spend on hockey skills, and another course like peer tutoring, or a leadership class in the first school semester from September to January.

"It provides students with a connection to their academics, their school and their sport of choice," said Cox. "The purpose of it is to improve and obtain strong academics."

The information open houses are set for Monday, Feb. 17. The session at Whistler Secondary is set to begin at 5 p.m. and the Pemberton meeting will begin at 7:30 p.m.

Meanwhile, Coast Mountain Academy in Squamish is also offering a hockey academy. The independent school has created academies offering music, dance and soccer classes. The four academies at the private school are being offered in September.