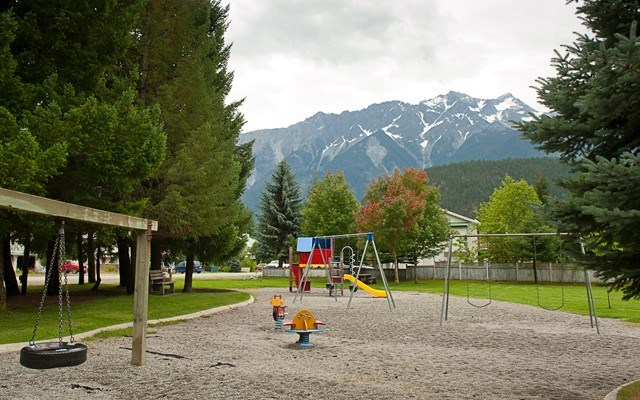 Amid an ongoing outcry for increased housing in the Sea to Sky corridor, Village of Pemberton (VOP) council heard Tuesday, Nov. 1 that the unseen stress is building and more marriages are breaking up, leaving mothers with children seeking places to live.

Shannon Didier, Pemberton Homeless Prevention and Outreach Worker, in a presentation to the VOP, said there doesn't seem to be an awareness of these victims. Didier said the stereotypical couch-surfing worker, or someone who lives in a tent or a car doesn't reflect the true homelessness that affects every age group, particularly seniors.

"I don't think there's an awareness of what's there," said Didier, who appeared before council with Suzan Lemmers, the manager of the Whistler Women's Centre and safe house in Pemberton.

"I do see all kinds of both sexes here, not necessarily just women fleeing from violence. Our safe home program has been off the hook busy for seven to eight months, full pretty much daily," said Didier. Couples are facing additional financial stress living here, which often translates into people spending beyond their means. Didier said the stress takes its toll on relationships.

"Some people feel it's been going on for 20 years but I think it's a little different now. We're all comfortable and we might not see what's going on: older people are being affected, male and female,"Lemmers said. "For someone in their 20s it might be OK to share with others, but if you're a mom or dad with kids, no one's going to rent to you unless you have a lot of money,"

And the most heartbreaking, both Didier and Lemmers said, are seniors: "You can't put them in a shared room." Seniors on pensions are falling through the cracks, Didier said.

Mike Richman, VOP Mayor, said the housing issue tends to cycle through over the years, but awareness is crucial.

"For those of us who live here we see this every five years, but we've never seen this before. We've reached a critical point now."

"The level of marginalization is coming up, it's not just the person who it was five years ago, it's really rising to the lower middle class. More people being forced down," Didier said.

And in the meantime, Didier said: "I'm having to get really comfortable with saying: 'I can't help you. I can send you to a homeless shelter, or I can get you a tent and a sleeping bag.'"