How safe is it to ride the Sea to Sky Highway?

Cyclist, expert and Ministry of Transportation weigh in
Aug 11, 2020 9:39 PM By: Jennifer Thuncher 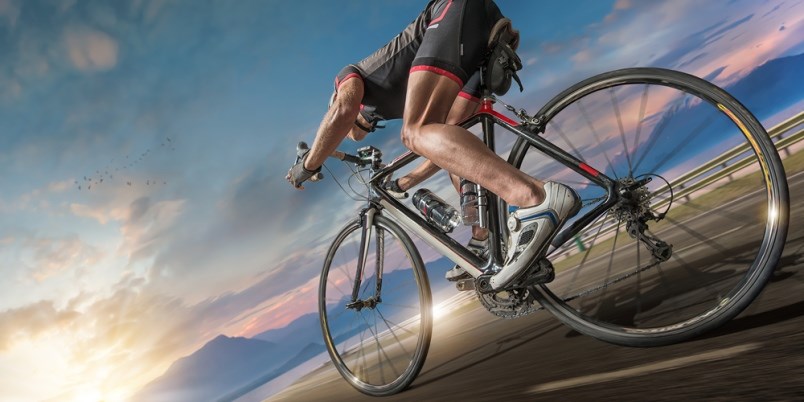 After a cyclist was hit and injured by the driver of a pickup carrying an insecure load on the Sea to Sky Highway on BC Day, the safety of cycling on the road has been a hot topic.

Cyclist and writer Todd Nickel has identified himself as the injured cyclist in that Aug. 3 crash.

His clavicle, scapula and ribs were broken. A rib punctured his lung.

The safety of the Sea to Sky Highway is something fellow Vancouver cyclist Michelle Barker has thought a lot about.

She started riding seriously about four years ago when she was training for Ironman triathlons.

Barker does a lot of that training on Highway 99 between Vancouver and Squamish and says she loves it, but also often feels like she is taking her life into her hands when she does.

"Admittedly, that's true of every ride in every place, but add in high speeds, neglected cleanup of shoulders, and sometimes nonexistent shoulders altogether, and you've got an accident waiting to happen," she told The Chief.

She said there are too many drivers speeding and she hasn't seen the speed limits enforced.

"One of the main problems is a hard one to change and that is the attitude of drivers. I feel like there are some who just seem to want to teach cyclists a lesson of some sort, so they come close to you," she said.

Drivers and cyclists have to better coexist, she added.

"In this day and age when we are obviously heading toward environmental catastrophe sooner, rather than later, bikes are going to be a reality — I think. I mean, ideally, we are edging more toward Amsterdam than we are toward Los Angeles. At a certain point, we have to find some kind of peace between drivers and cyclists that I don't see happening yet," she said.

Barker says there are several physical obstacles with the route itself.

There are areas around Lions Bay where the shoulders are covered in gravel and debris to the point it's not possible to ride on them, she said.

"You basically have to swerve into the highway to keep going."

Around Lions Bay is the worst, she said.

There are also a couple of storm grates that are on the route, too, that are obstacles. While there are signs to warn the cyclists they are coming, there isn't much you can do to avoid them other than swerving into traffic to avoid them.

The Britannia Beach to Squamish stretch is the most unfriendly for cyclists, she said.

The shoulder is really narrow in spots, she said.

"You have to keep your little wheels into this tiny space and people just go flying by," she said.

"I have had buses and RVs fly past me and I swear they barely missed my head with their rearview mirror."

She says there is often space for a better-paved shoulder.

A 2012 study by an SFU geography class, "Sea to Sky Highway: Cycling Safety Project" found, among other hazards, that narrow shoulders too, were an issue.

What the Ministry of Transportation weighs

Asked about the issues raised with the Sea to Sky Highway, the Ministry of Transportation and Infrastructure sent a statement that said it is continuously looking for ways to improve or incorporate active transportation facilities on B.C. roads.

"Due to the topography of the Sea to Sky Corridor, there are challenges to any road construction. However, the ministry is currently looking at sections along the Sea to Sky corridor where wider shoulders could be incorporated," the statement reads.

In terms of gravel and debris, the ministry says its maintenance contractor swept in the Lions Bay area the second week of July and the rest of the corridor has been regularly swept throughout July.

The ministry was unable to provide recent traffic data for the highway by press deadline.

Kay Teschke, professor emeritus at UBC's School of Population and Public Health, calls the cycling infrastructure on the Sea to Sky "unacceptable."

A cyclist herself, Teschke would never ride the Sea to Sky because she feels too nervous about the lack of proper infrastructure for riders.

The infrastructure along the Sea to Sky should be built so that most cyclists can use it.

"We have the completely wrong approach to between- city cycling," Teschke added. "We've somehow agreed that being able to ride on a shoulder... is acceptable, but in my view, it is just not."

The safest cycling countries in the world, such as the Netherlands, don't mix cars and cyclists the way we do, she added.

And there is often significant infrastructure for cyclists between cities.

"You would never, never put a person riding a bike on infrastructure where motor vehicles are going faster than 60 kilometres an hour and with that volume of traffic," she said.

Sometimes cycling infrastructure is built next to a highway and other times it is completely separate from the highway.

Next to a highway, cycling routes have some kind of grassy verge or median, and then the cycling lane is on the other side.

"Completely separate from the road," she said.

In B.C., many of our roads are in precarious situations, she acknowledged, so there isn't always the room available in other regions.

"So we may have to have it next to a road, or have an alternative," she said. Next to a railway is a good option. "They have less difference in elevation gains," she said.

She said while it would cost the provincial government money to create better cycling infrastructure along the Sea to Sky, she says to look at the money ($600-million) spent to upgrade the highway in the lead up to the 2010 Winter Olympics. The cost to upgrade it to keep cyclists safe and draw more, would be minor in comparison.

There are many sections of the highway, most in fact, where there are metres on either side that could be used.

"It is excuses. It is lack of imagination," she said.

Teschke noted that in cities such as Vancouver, there has been a shift toward separated bike lanes.

So, now the focus could shift to between communities.

Teschke said in the Netherlands, for example, people of all ages and abilities are seen cycling, unlike along the Sea to Sky Highway where only the bravest elite athletes dare to attempt it.

On the Sea to Sky, cyclists are forced into a dangerous situation, because there is no other option.

"To me, we need a radical readjustment to our thinking. We should not be trying to make that marginally safer. We need to make a facility that is safe and that will allow anyone to ride a bike there, not just people who have beyond the normal amount of courage."

Teschke said that with such a scenic route, not building proper cycling along the Sea to Sky Highway is a missed tourist opportunity.

"We have many situations where people have disasters on highways and we just need to radically rethink — and it is not really a radical solution. What is radical, is forcing people to ride in that situation. What is reasonable is to design cycling facilities between cities the way they do in Holland and Germany and many other places in Europe."

In Canada, she points to the stretch of road between Canmore and Banff, where there is a separate cycling infrastructure. Also, the stretch from Quebec City to Montmorency Falls has safer cycling facilities.