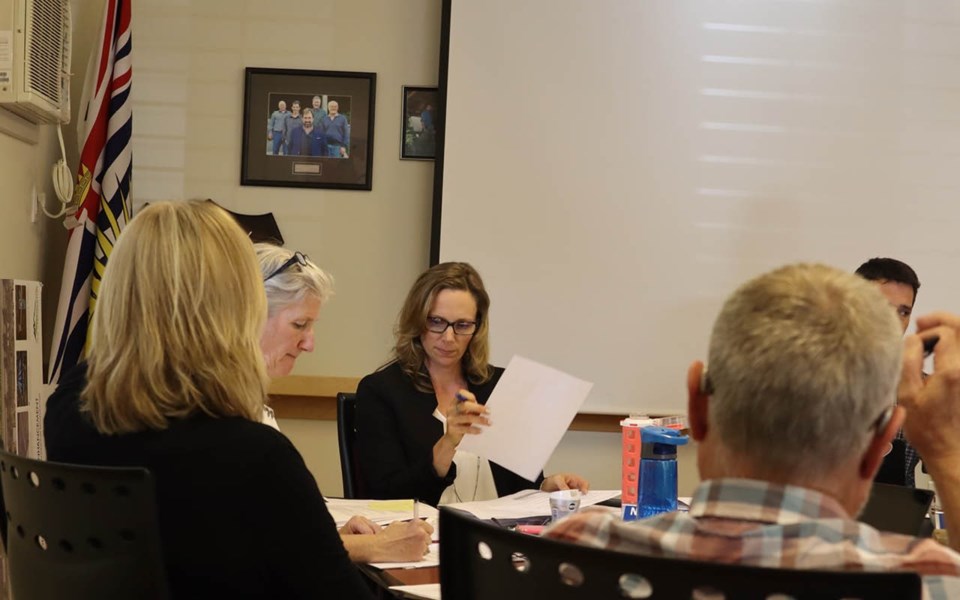 square one The Village of Pemberton (VOP) has had to toss out its plan for a transition for the Friendship Trail Bridge following opposition from landowners. VOP Chief Administrative Officer Nikki Gilmore is pictured here. photo by Joel Barde

A misunderstanding by the Village of Pemberton (VOP) has led to a significant planning error when it comes to the Friendship Trail Bridge.

Last week, Pique reported that the VOP is only now finalizing the design of the transition section for the north side of the Friendship Trail Bridge, despite having already completed the actual bridge.

The Village did have a plan for the transition, but a dispute with a local family has resulted in the need for a new design.

"We did feel that we had a plan laid out," said VOP Mayor Mike Richman. "This is an unfortunate challenge at this point."

According to Brenda McLeod—whose family farm straddles both sides of the highway on the north side of the Lillooet River highway bridge—the VOP has failed to negotiate in good faith, and the McLeods never agreed for the transition section of the bridge to extend onto their property.

"We at no point agreed to a statutory right of way," said McLeod, adding that she has been asking for a plan and profile of the Friendship Trail project, as well as a legal survey identifying the legal boundaries of her family farm, since February 2017 and has yet to receive one.

"Our sole concern throughout this whole process was that all legal boundaries of our property be identified properly, so that they're not encroaching on our private property with the trail ... and that they would involve the Agricultural Land Commission with regards to fencing," she said.

According to Richman, he sent a "profile and sketch" of the project this summer to McLeod, and the VOP and the Squamish-Lillooet Regional District (SLRD), which is responsible for the trail component of the project, has been in communication with the McLeods regarding the project.

"Back in July, I sent a trail-profile sketch. I've sent what we've had," he said.

According to McLeod, that amounted to a line on an aerial photo and was inadequate given the scale and importance of the project. "It appears that the procedure for this major project—this is a major piece of infrastructure—has been a plan-as-you go approach," she said.

The Friendship Trail Bridge is located on the south side of the Lillooet River highway bridge.

The transition off the bridge will take users underneath the highway bridge, where they will link up with the Friendship Trail, which will follow the north side of the highway, along a Ministry of Transportation and Infrastructure (MOTI) right of way, before turning up Pemberton Farm Road East (on a dedicated bike path). The path will then run along the back end of the recreation site to Mount Currie.

According to Richman, a new plan for the bridge transition is workable and will be built on an MOTI right of way.

"It will change it somewhat, but it will still be quite workable," he said.

When asked if it will result in added costs, Richman said it may.

"I don't have a figure. With every project we make sure we have a contingency fund available when we budget for it," he said.

"We'll figure out how we'll cover those costs. It might slow down certain other aspects of building the trail if costs mount."

Richman also acknowledged that the delay could lead to the bridge remaining closed for the winter.

"If all works out, we would like to get the transition done this year as well. But a big part will depend on the weather," he said.

Richman, however, said that the Village is still open to working with the McLeods on an agreement.

"I understand their position," he said.

"We are totally open to discussing with them further ... but at this point we are looking for an alignment that is completely on the Ministry of Transportation right of way."

For Richman, getting the trail up and running remains an important priority.

"We need this trail," he said. "There's been 15 years of hard work, and so many generous gifts for the funding and from property owners.

"We are determined to move ahead and complete this important project."