Lillooet Station Bridge to be replaced 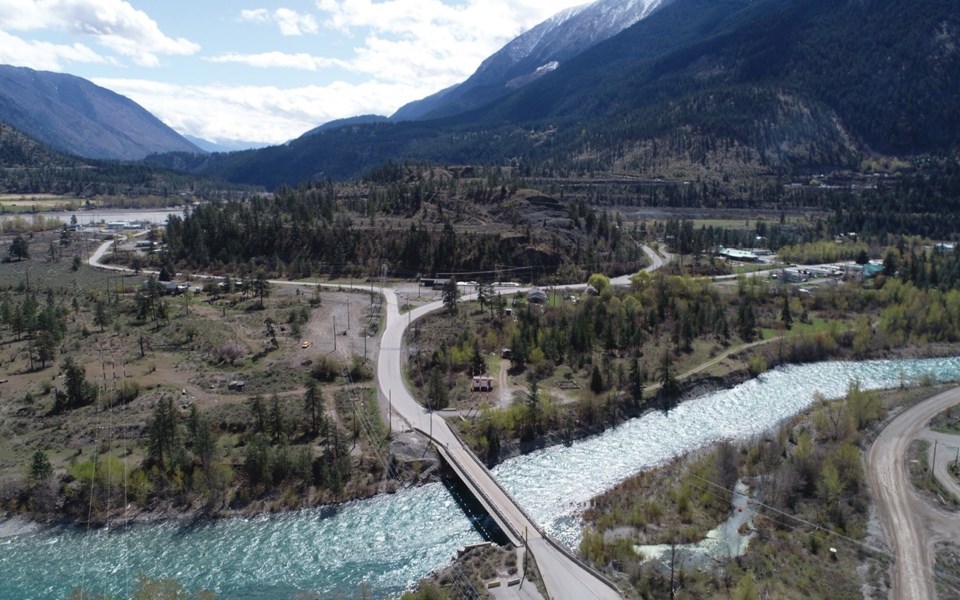 The province is replacing the temporary Lillooet Station Bridge, which has been in place since 1994. photo submitted

Work is underway to replace the Lillooet Station Bridge with a two-lane permanent structure. The $11.9-million bridge replacement project is expected to be complete in fall 2020.

"[Crews have] already started here and there, but I don't have a firm date for when machines are going to be out there," said project manager Lisa Amminson.

The existing, "temporary" single-lane bridge (which sits at the south end of Lillooet) was installed in 1994.

The new, two-lane crossing will include a pedestrian sidewalk. It will be built using steel girders and pilings, eliminating the need for a pier in the river.

Amminson said that the current bridge isn't being replaced out of a structural concern.

"Our temporary structures can last a long time," she said. "We've obviously been ensuring that we do our yearly maintenance review on it."

As for delays, the province isn't expecting significant ones, as the existing bridge will be left open for vehicle access, while the new bridge is being built adjacent to it.

"Once we start getting into the roadwork in the springtime, there could be some delays, as we're switching traffic over," said Amminson.

The Ministry of Transportation and Infrastructure is working closely with Sekw'el'was (the Cayoose Creek Indian Band) on the project.

"This project has created numerous opportunities and benefits for our community," said Edwards. "Cayoose Creek Indian Band and the ministry are building bridges together through the Lillooet Station Bridge project."

The bridge is considered a key connector between Lillooet and the reserve.

Amminson said the Sekw'el'was is a key partner on the project, as the south end of the bridge ends on the First Nation's lands.

"They've been actively involved in the project with the ministry project team," she said.

"We've included them on discussions with respect to the design, and because there is a Section 35 land transfer, there have been negotiations between the two parties to acquire the land."

Amminson added that there would be job opportunities for the First Nation under the terms of the contract, which has been awarded to a Calgary-based firm.

"This contract does have apportionment language included in it," she said. "So it is up to the contractor to work with the band to provide an opportunities plan."