LNG: Provincial boon, or a bust waiting to happen? 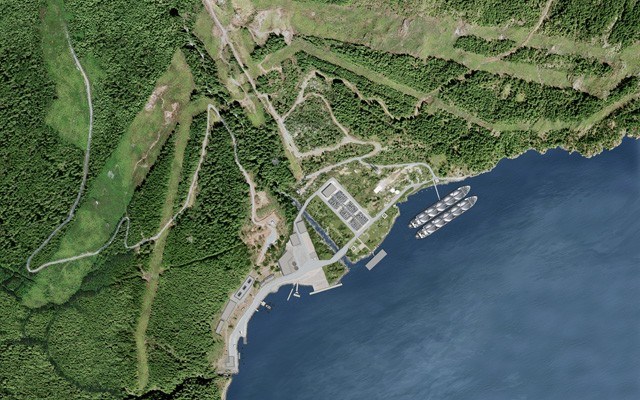 Since its 2013 campaign for re-election, B.C.'s provincial government has made some significant claims about the LNG industry's potential to help boost the B.C. economy — most notably that it will create 100,000 jobs.

And though the Liberal government acknowledged in this week's throne speech that, "There is no question that unforeseen global conditions are posing new challenges," and that "low global prices will have an impact on your government's initial timelines," it went on to say the, "government has done everything it set out to do to attract investment for the cleanest LNG in the world."

But not everyone believes the province's job claims.

Both Marc Lee, senior economist for the Canadian Centre for Policy Alternatives (CCPA), and David Hughes, an earth scientist who has studied Canada's energy resources for four decades, published papers in 2015 as part of the CCPA's "LNG Reality Check Series."

Both men took part in an event hosted by Squamish anti-LNG group My Sea to Sky in West Vancouver on Feb. 11 titled LNG: Debunking the Myths.

Hughes' paper — titled "A Clear Look at BC LNG" — examined the energy security, environmental implications and economic potential of the industry.

Hughes found that if the government's goals are realized and its numbers correct, LNG export could compromise Canada's long-term energy security; that the B.C. government's claims of available gas supplies are greatly exaggerated; and that the scale-up in drilling and associated infrastructure to meet the government's targets would fundamentally alter the landscape of northern B.C., among other things.

Lee's paper, titled "LNG and Employment in BC," focused squarely on the claim of 100,000 jobs.

In it, Lee argues that the government's job estimates were inflated through a series of exaggerations using numbers from a single study commissioned by the government itself.

"It's almost like the government has created its own fictional story about LNG," Lee said, in a phone call ahead of the West Van event.

"We've been looking at these claims over the past few years, and it seems to me that this is a deliberate pattern of misinformation."

Many of the main points put forward by the government have been "heavily distorted or manufactured for public consumption," Lee said.

In trying to come up with a source for the government's 100,000 jobs figure, Lee took a closer look at the actual job estimates from some of the proponents.

"Basically my finding was that (the government) hired a consultant, they whipped this off in a couple of weeks right before the pre-election throne speech, and at every opportunity they inflated those numbers to come up with this really big number that they could put out for public consumption," he said.

"That's not to say there would be no economic activity or jobs from the development of LNG, but the numbers tend to be much smaller, and they tend to be a few thousand jobs at the construction stage for a few years, but once these big plants get up and running, the impact tends to be really small."

In the case of the proposed Woodfibre LNG plant in Squamish — one of the smaller proposals in the province — you might be able to expect 100 full-time jobs once the plant is up and running, "and that's not counting any sort of negative impacts it might have on, say, the burgeoning tourism industry in Squamish that might be adversely affected by having these tankers plowing up and down the coast," Lee said.

Once both of their papers were published, Lee and Hughes submitted a Freedom of Information request to see how the government responded to their claims.

"With both of them they basically show a bureaucracy in complete spin mode, obsessed with what kind of message they're going to put out in responding, but without actually substantially looking at the content of what we were saying," Lee said.

No one was available for an interview from the Ministry of Natural Gas Development, but in an email statement to Pique the province stood by its claims.

"In 2013 we commissioned the accounting firm Grant Thornton to conduct an independent analysis of the potential job creation and a follow-up study came from KPMG in 2014," wrote a ministry spokesperson this week.

"Both firms are internationally credible and well-respected. They determined that if five LNG plants were built, more than 100,000 jobs would be created in British Columbia, including more than 39,000 annual jobs over a nine-year construction period and approximately 75,000 jobs once the plants were fully operational. We stand by those numbers."

Though there are 20 active LNG projects in the province, none have passed the planning stage and into reality. Shell announced last week it was delaying a final investment decision on its LNG Canada facility in Kitimat due to cutbacks in the corporation caused by the low price of oil.

The same government statement was included in a rebuttal to the CCPA reports attributed to Minister of Natural Gas Development Rich Coleman and released last August.

In another statement released in December, Coleman said that though global LNG prices have fallen in recent years, B.C. is in it for the long-term.

"To me, the question is why would the B.C. government not just be an honest broker, and say here are some benefits, here are some costs, we think on balance this is in the public interest?" he said.

"Instead they've gone to these great lengths to tell really tall tales about what LNG will do, and the only explanation I think that makes sense is that, you know, this is sort of a heist. The B.C. government's plan is essentially privatizing this finite public resource worth potentially hundreds of billions of dollars, and locking up that supply to foreign corporations decades into the future."

Both papers can be found on the CCPA website at www.policyalternatives.ca/issues/energy-policy.