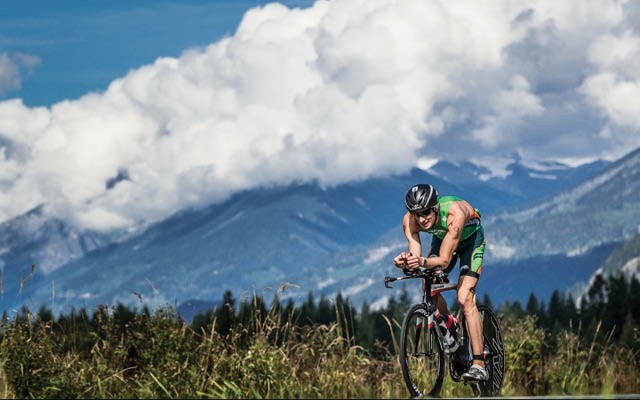 With six months to go until Whistler hosts Ironman Canada for a second time, those who live along the northern part of the bike course are making it clear they don't appreciate being trapped by the event for up to six hours on race day.

With that in mind the local politician who oversees Area C of the Squamish-Lillooet Regional District (SLRD) is backing a lobby effort to have the Pemberton Meadows Road widened.

Susie Gimse, the SLRD representative for Area C, said the race significantly inconvenienced Meadows Road residents because they couldn't leave their properties on race day. They want compensation, and Gimse suggested widening the road is a legacy they can support.

"People are willing to live with whole road closures if there's some kind of a legacy and one of the suggestions was cycling lanes," Gimse said at the most recent SLRD board meeting. "At the end of five years if there's a cycling lane that increases the safety and access on that road then maybe it's worth it."

The SLRD chief administrative officer, Lynda Flynn, said she and other SLRD staff members met recently with Keats McGonigal and Evan Taylor of Ironman to discuss plans for next year. According to Flynn, minor route tinkering is planned to reduce impacts, but no major changes were discussed for the race on July 27, the weekend after the Pemberton Music Festival.

"They have confirmed it is not their policy to build trails or put in roads at their own expense," Flynn said during the SLRD board meeting on Jan. 27. "They are willing to help us with any kind of advocacy, and they reiterated that road closures were there to maintain the safety of everybody involved."

Flynn said she is working on a response letter to the Ministry of Transportation and Infrastructure (MOTI). The MOTI asked the SLRD for feedback on the 2013 race as the ministry prepares for the 2014 event.

The issue also came up at this week's Village of Pemberton council meeting. It is hoped that the event would include hosting a live site in Pemberton so spectators can see the start and finish lines, shuttles to allow people to travel to and from Whistler during the race and looking at the feasibility of using a loop or trails to minimize closure of the highway during the event, said VOP CAO Daniel Sailland Feb. 4.

"There's a lot of discussion there, and they (Ironman officials) certainly want to be an active part of finding a solution," he told council.

Pemberton will also be reflected alongside Whistler in promotional material for the upcoming race, Sailland said. "That said we need to have a conversation with Whistler about the name," he added. "Ironman Canada is Ironman Canada, but what name goes above that needs to be discussed with the host communities."

In anticipation of the Ironman discussion at the SLRD meeting late last month the Pemberton and District Chamber of Commerce and Tourism Pemberton wrote letters to the board to share their support for the event.

"After seeing this event for the first time, we feel we can work with our members to help them best adapt to this event to their benefit, before, during or post event," wrote Chamber of Commerce president Karen Ross.

David MacKenzie, the Tourism Pemberton president, pointed out advertising resources in Pemberton to promote tourism are limited, and an event like Ironman has great promotional value for the community.

"We at Tourism Pemberton feel that having an event like Ironman Canada come through our community does what we cannot do on our own: market to a wider audience," wrote MacKenzie.

"This type of marketing cannot be quantified in terms of dollars, it is certainly beyond the budget that Tourism Pemberton has to utilize."

The race generated $8.4 million in local economic activity in its inaugural year.

-With files from Alyssa Noel