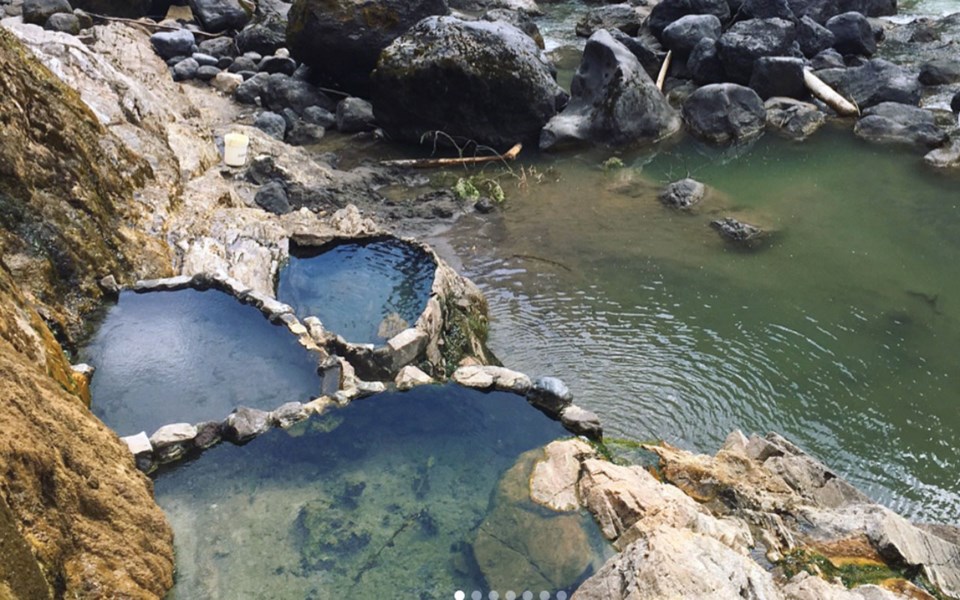 The provincial government and Lil’wat Nation are continuing work on visitor-use management plans regarding the future of the Meager Creek and Keyhole hot springs.

The most recent developments came in the form of a survey that saw 773 respondents provide feedback between January and March.

Both sites have had some form of closure for years, with Meager Creek officially closed since the 2010 Capricorn landslide (and remains closed due to public safety concerns even though road access has been restored through another location), while Keyhole has been closed seasonally since 2017 because of wildlife conflicts.

Still, the results showed that 26 per cent of respondents have accessed Meager Creek since the 2010 landslide.

Susie Dain-Owens, a land and resource specialist for the Ministry of Forests, Lands, Natural Resource Operations and Rural Development’s Sea to Sky Natural Resource District, said that among the survey highlights were respondents acknowledging the importance of environmental values of both sites and understanding concerns regarding unauthorized use or effects of visitor behaviour.

“It’s a complex issue for us, but I think it’s important to see that people value the environment and ecological and wilderness values of both places and realize that it’s important to protect those,” she said.

The survey is part of a larger process when considering future visitor-use management of the sites. Dain-Owens notes that on the provincial side, there are wildlife biologists, Rec Sites and Trails BC staff and ministry staff involved in the efforts.

Ultimately, what the province hopes to achieve is to figure out a “desired state” and the best way to achieve it.

“It has us starting out by identifying the values and the concerns of this area, the issues, and then coming together to discuss a vision or a desired state for these areas—what we want to protect, what we want these places to look like and feel like using a long-term lens,” she said.

In addition to the public input being sought, several other groups are specifically being asked to take part.

“We’ve also been engaging with stakeholder groups, local government, and this also includes recreation organizations, the Pemberton Wildlife Association as well as industrial groups in the area. We’re trying to understand their values and concerns,” Dain-Owens said.

From the Lil’wat Nation perspective, Chief Dean Nelson said that while the Nation wants to find a workable solution for smooth access, with people doing their part to take care of the area, he acknowledges that there have been frustrations in the past.

“As far as alcohol, food and garbage, the majority of people that do go there ruin it for those that really care about the place, the local people, the First Nations,” he said.

What Nelson hopes visitors keep in mind is the importance of the lands to the Lil’wat, in both spiritual and practical senses, as they use the lands for hunting and harvesting fruit and berries.

“They’re still being used. They’re harvesting areas. They’re spiritual areas,” he said. “There are still natural values there for the people.

“That’s one thing that needs to be understood. That part hasn’t changed.”

Noting that the Lil’wat had land stewards in the past, Nelson would like to see the Nation have greater involvement in the management plan going forward.

“We’d like to have more presence as far as overseeing sites that are within our traditional lands and be the people that are there taking care of it, voicing our concerns about it and actually doing the caretaking on the land,” he said, noting education is one area in which he’d like to see the Nation take on a greater role.

“It’s not just these two. It’s places like Joffre that have gone way beyond capacity.

“Everybody wants to enjoy them, but who’s taking care of it?”

Dain-Owens said collaborating with a First Nation such as the Lil’wat is a “new process” and as such, takes extra time as they work through complex issues and review a number of potential scenarios with both short- and long-term priorities.

An admittedly optimistic target, Dain-Owens hopes to have a draft plan available for public review by the late summer or early autumn.

“We want to work in a good way with Lil’wat Nation and not rush through these steps,” she said. “We want the outcome to be something that really respects Lil’wat’s values and culture in this area.”

Both Dain-Owens and Nelson reiterated that even once a plan is decided and implemented, it will still be a work in progress, with Nelson describing a “circular process” and Dain-Owens saying changes will be made if the goals aren’t being met.

For project updates and survey results, check out landuseplanning.gov.bc.ca and search Sea to Sky under “list of projects.”