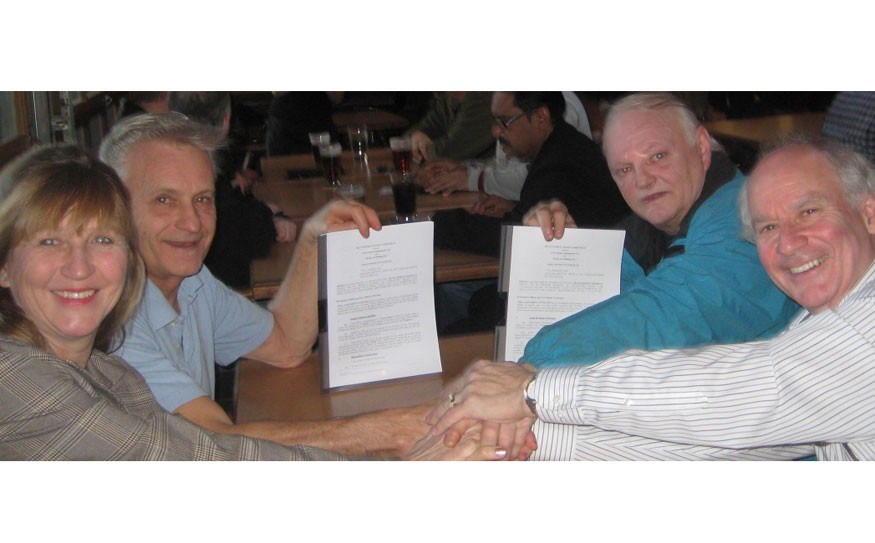 Merlin Air Holdings has signed an option-to-purchase agreement for Lot 4, a property that is located at the entrance to Pemberton Village on Portage Road and Highway 99.

The company wants to build and operate an eco-friendly tourism facility called "Merlin Air Adventures and Event Centre", it said in a release, and hopes to create "an exceptional and memorable multi-use venue in which to host small catered events, weddings, corporate functions and cultural and musical performances."

It will also provide a base for Merlin's custom air charter service and travel company, allowing for departures and arrivals to be facilitated at the centre for flights landing or taking off from Pemberton Airport.

Fred Xavier, the president of Merlin Air, came to the agreement with Green Manor Management Ltd., the family trust that owns Lot 4 and administers other properties owned by Roland Wuschke, who spent four decades farming in the Pemberton Valley and who died in 2011.

Merlin Air announced in the release that it would be applying for a development permit for the site and surveying members of the community and the tourism industry for suggestions.

The company will specialize in "point-to-point custom charter flights of 90 minutes of less" from spring 2013 and will be operating to and from Pemberton Airport, the south terminal of Vancouver International Airport, and a third base in the Fraser Valley. The latter has been chosen and will be announced in the coming weeks, pending negotiations.

"Basically, what we are trying to do is offer services region to region... that's something not really covered right now in the market," said Lori Xavier of Merlin Air, in an interview.

What will make it work is their approach as a charter rather than scheduled airline, she said, taking between six to eight passengers.

Xavier added they had been moving towards this moment since 2007, and said they had changed their approach to establishing their company. They've done a lot of research on their market, she said.

"We want to say to Whistler locals and visitors, 'Stand by, we will be up and running.' To the community of Pemberton we want to say that this is going to be a stunning entrance-gateway for them and also provide economic activity," Xavier said.

"It has been a long haul, as everyone around here knows. But we will be operating late spring and summer so that is very good news."

Their next step is to seek development permission from the Village of Pemberton's planning department and to find out more from the community about what they would like to see for the event centre.

"If the hurdles are way, way too much we have the option not to buy (the property for event centre). In essence what it does is provide us with the time to go through everything, do some studies, get an engineer out there, without committing to a piece of property that we can't use. There will be a bunch of work done on it. If we decide not to buy it, somebody else will know what they can or can't do with the property," Xavier said.

Whatever happens with the property, it will not impact their plans to be flying from Pemberton Airport this spring.

"The two situations are different. We will be running at the airport, we'll be running from Vancouver and from the Fraser Valley as well," she said.

Xavier said they were not allowed to state their prices, because of Transport Canada rules, until they were up and operating. She said their prices would be "comparable" with seasonal and locals specials.