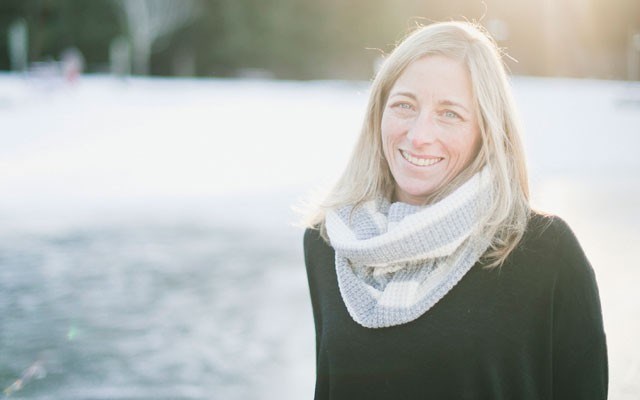 RESIGNATION Joanne Molinaro's resignation was made official by Village of Pemberton at its Sept. 1 meeting. File photo

Molinaro made the announcement Aug. 27 on her Facebook page.

"I was greatly honoured to have been elected and want to say a very large thank you to the people of Pemberton," Molinaro wrote.

"I have enjoyed the brief time I have served on Council."

Molinaro was elected to VOP council in November of last year.

In a follow-up interview, she said she'll be keeping her reasons for resigning private.

"It was a really, really difficult decision for me to make, but ultimately it's one I felt I had to make," she said.

Mayor Mike Richman said Molinaro's resignation came as a surprise, but he respects her decision.

"She was a great contributor," he said. "She had a good, balanced voice and she'll certainly be missed at the table, but we wish her the very best."

Molinaro's committee assignments, signing authority and acting mayor schedule were all rescinded and dispersed to other council members at the September 1 meeting of Pemberton council.

The resignation means a by-election will be held Nov. 7 to replace Molinaro — the cost is estimated to be about $15,000.

If Molinaro's replacement were to be acclaimed, "the costs would be considerably less," said VOP CAO Nikki Gilmore at the meeting.

Nomination packages are now available at the Village of Pemberton offices at 7400 Prospect St. For more information head to www.pemberton.ca/municipal-hall/elections-information. The nomination period ends Oct. 2.

Former Pemberton councillor Ted Craddock — who stepped down before last November's election — has announced his intention to run for the open seat.

Pemberton fire chief Robert Grossman was on hand for the Sept. 1 meeting to request council's approval for the purchase of a new Triple Combination Pumper truck.

The cost to purchase and outfit the truck is $525,000, for which the VOP would need to take out a loan.

Councillor Jennie Helmer expressed concerns about the cost and asked if it might be possible to look at purchasing a 10-year-old truck, but Grossman said buying used means no warranty and higher maintenance costs.

Council accepted the report for information and the costs for the truck at the Sept. 1 meeting. A Loan Authorization Bylaw and suggested dates for an Alternate Approval Process will be brought forward at the next meeting of council on Sept. 15.

A public hearing originally scheduled for Sept. 1 concerning a zoning amendment bylaw restricting drive-thru restaurants in the Gateway section of Pemberton has been moved to Tuesday, Oct. 6 in the VOP council chambers.

The later date will allow mayor, council and staff time to see all comments in regards to the amendment.