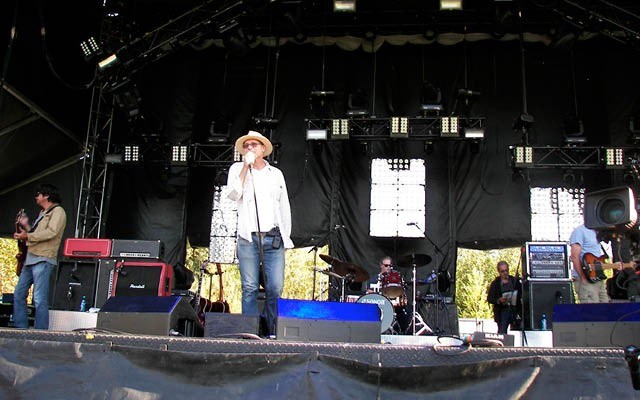 MUSIC MONEY Documents released by the District of Squamish show the Squamish Valley Music Festival will pay $125,000 in fees for the use of district land for camping areas. FILE PHOTO BY JOHN FRENCH

Squamish residents demanding a full accounting of the money the District of Squamish (DOS) will collect from the Squamish Valley Music Festival now have another piece of the financial puzzle.

In-camera motions were recently released and they show that the licence fee the Squamish Valley Music Festival (SVMF) will pay to use two lots in the Squamish Business Park for camping is set at $125,000 a year.

The council members directed DOS staff during the in-camera meeting to hold the campground licence fee revenue in a reserve fund in case the agreement with SVMF is terminated early, in which case it has promised it will pay a portion of the money spent by SVMF to prepare the lots for use as campgrounds.

The once-confidential information was released as part of the agenda package for the May 6 regular meeting of council.

The $125,000 license fee to use the business park lands is in addition to a license fee being paid by SVMF to the DOS for the use of the Brennan Park lands for the concert venue grounds. That fee, the details of which were released last February, was set at $68,000.

According to the DOS, the amount is based on a formula that takes into account additional field maintenance — the fee increases two per cent each year through the course of the agreement to 2021.

Once the festival wraps up each year, the organizers are responsible for cleaning up the fields and restoring them to the condition they were in before the event.

"There is a separate agreement with regards to returning the lands to the district as it was delivered," said DOS communications manager Christina Moore. "So, if there's damage, the festival would have to pay for the repair and return (the land) in normal condition."

Not all of the licencing agreement information negotiated by the SVMF and the DOS has been made public at this point, Moore added.

Once the information is ready to be shared, Moore said it would be released.

The festival is expected to attract 40,000 music fans between Aug. 8 and 10. Work is currently underway clearing land in the Squamish Business Park to make way for the camping areas. The discovery of a sow with bear cubs in the wooded area slowed down the logging required at one of the sites. Once the bears moved out of the area, work continued.