BC Liberals and Christy Clark intend to test confidence of house
May 31, 2017 6:00 PM By: Braden Dupuis 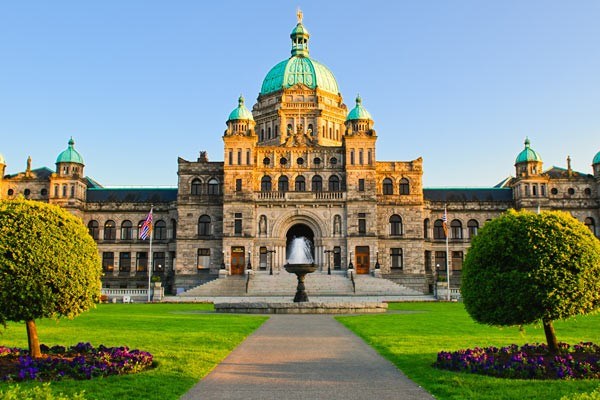 After weeks of speculation and uncertainty, British Columbia's electoral outcome is starting to come into focus.

The NDP and Greens will combine their electoral seats — 41 for the NDP and three for the Greens — and work together to form British Columbia's first minority government in more than 50 years.

But before they'll get a chance, Premier Christy Clark and the BC Liberals intend to test the confidence of the house — likely sometime before the end of June — though they fully expect to lose the vote.

NDP leader John Horgan and Green leader Andrew Weaver announced their alliance in a joint press conference on Mon., May 29, and solidified the deal with a vote the following day.

Details of the agreement were released shortly afterwards.

The NDP has agreed to advance several legislative and policy initiatives as a condition of support from the Green party, including (but not limited to): electoral and campaign finance reform, enhancing education funding, protecting and promoting public health care, securing affordable child care, giving the opioid crisis the attention it deserves and implementing a basic income pilot project.

The parties will also work together to try to kill the Kinder Morgan pipeline expansion project, eliminate bridge tolls and implement a $15 minimum wage.

The full text of the agreement can be found at: www.bcndp.ca/latest/its-time-new-kind-government-british-columbia.

"I think it's a pretty good deal for B.C.," said political scientist David Moscrop, pointing in particular to the end of union and corporate money, a vote on proportional representation and the big battle shaping up around Kinder Morgan and potentially the Site C dam.

"The NDP got a lot of what it wanted... the Greens got a little bit of what they wanted — it seems like an agreement that keeps the government going for awhile, though I can't imagine four years."

If her government fails its test of confidence, Clark said she is more than ready to take on the role of opposition leader, but has no intentions of asking the Lieutenant Governor to call another election.

"Christy Clark's the sitting premier, she has the right to try to command the confidence of the legislature," Moscrop said.

"She'll lose, but she makes the Greens and the NDP wear defeating her. They're going to have to live with that. I'm sure the throne speech and the budget will be very generous — they'll have to vote against it, and she can live to fight another day politically, (but) to what end?"

Though Horgan and Weaver referred to their alliance as a four-year agreement, Moscrop said there's a good chance British Columbia voters will be back at the polls before then.

"The thing about a minority situation is they're always precarious, in part because parties can disagree and unforeseen circumstances can arise, and just because you agree today during the honeymoon doesn't mean you're not going to be fighting tomorrow," he said, adding that the opportunistic nature of political parties also makes it possible that one forces an election sooner than later.

But the legislative agenda moving forward will certainly look much different than it has for the last 16 years.

"This is going to have more compromise than usual, because of the minority situation, but if I'm the NDP I'm certainly going to try to get everything I possibly can, because day to day you don't know if you're going to make it."

While local BC Liberal MLA Jordan Sturdy took a phone call on May 29, he couldn't be reached for a follow up after news of the agreement broke.