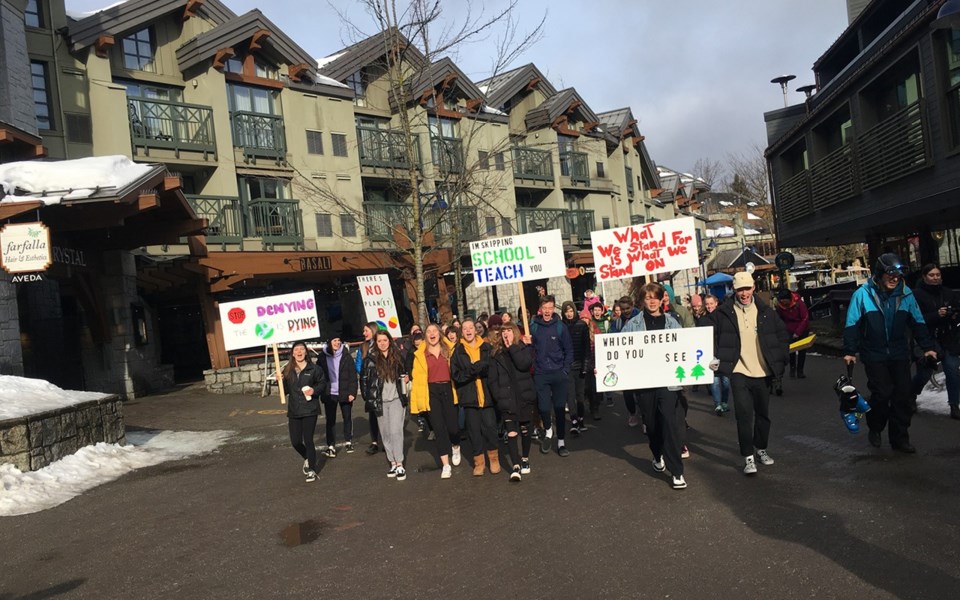 With the emergence of 16-year-old Greta Thunberg as a leader in the fight against climate change—and the school strikes she helped inspire taking off around the world (including here, in Whistler)—it's clear that many youth are anything but apathetic when it comes to the climate crisis.

A new program, Co-Creating a Sustainable BC, is seeking to build on that groundswell of enthusiasm and help raise up a new generation of environmental leaders—right here in the Sea to Sky.

"Youth are very ambitious, and they have a lot of energy and passion for their communities," said Cherry Tam, youth program coordinator The Fraser Basin Council, a non-profit dedicated to promoting sustainability.

"We are really looking to take this opportunity to bring youth together who might not necessarily be already connected with each other."

Participants will meet biweekly to learn about the specific sustainability issues facing the Sea to Sky corridor and discuss ways to address them with people who are working on them.

The program is open to youth from the age of 16 to 30 years old.

Participants will not be paid, but travel costs (including meals, accommodations, and ticket expenses if event is outside of your region) will be covered.

"[Participants] will have an opportunity to network with each other as well as with local community organizations, leaders and partners who will be coming in and explaining what's already going on in the community," said Tam.

"Our idea, for this iniativive, is for youth to have a chance to co-create their vision for a sustainable community."

A goal of the program is to have participants identify gaps in their communities when it comes to sustainability, then develop their own projects to address them.

The youth will have the support of the Fraser Basin Council to get the projects off the ground.

"We want them to dream big. If they come up with a big project idea, we are fully supportive of that."

"A lot of kids might feel like they can't do anything towards helping climate change and sustainability," said Ogilvie-Turner. "I think this might be a good opportunity for those kinds of kids to get involved and actually make a positive impact."

The first, organized with friend Diesel Kopec, garnered about 70 students and supporters, with the second drawing about 40, said Ogilvie-Turner.

Despite the incredible surroundings, it's not as though every Whistler teen is interested in the environmental movement, he said.

"I think there are more teens who might be environmentally minded [than in other similarly sized communities], but there are also lots that aren't," said Ogilvie-Turner.

"I know a lot of people who don't really care about the climate and think what I'm doing is stupid, [but] ... you have to do what you think is best and see what happens."

In describing the application process, Tam said that Fraser Basin is looking to admit a wide range of participants into the program, and participants don't necessarily have to have a ton of past experience working on sustainability issues.

"We believe that the most important quality to have is a passion for and a commitment for their local community," said Tam.

Applications for the Fraser Basin Council's Co-Creating a Sustainable BC program will be accepted until Monday, Aug. 5 at 12 p.m.

To learn more about the program check out www.fraserbasin.bc.ca/ccsbc. html