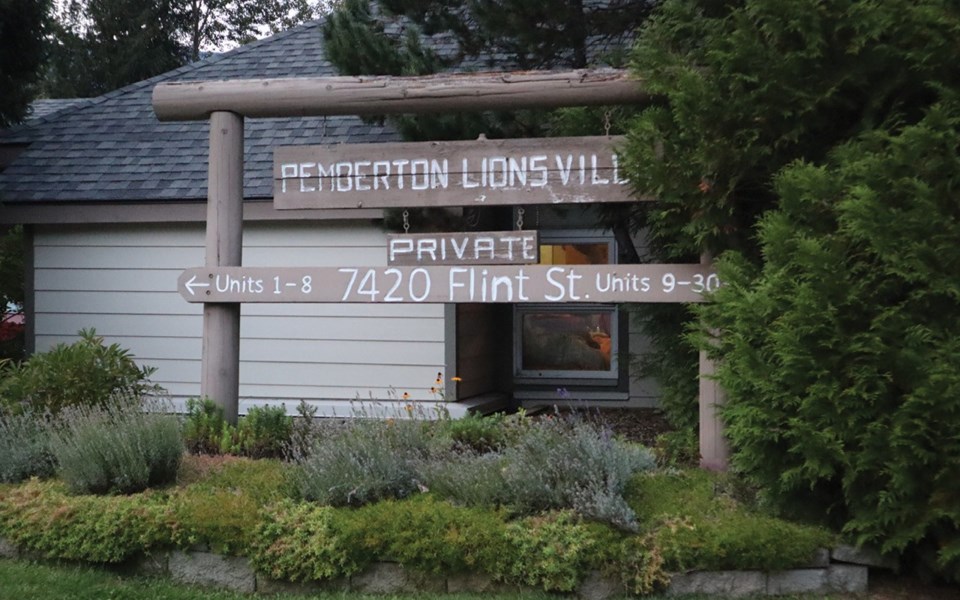 no vacancy The Pemberton Lions Villa currently has a 75-person waitlist, according to a new report on senior housing needs in Pemberton. photo by Joel Barde

"It basically puts numbers to the needs we knew we had," said Mayor Mike Richman, following the Sept. 10 VOP regular council meeting.

"There are no real surprises in it—but definitely, some of the numbers are stark."

The report, carried out by CitySpaces Consulting Ltd., found that Pemberton (with a median age of 36.2) has a younger population compared to the Squamish-Lillooet Regional District (SLRD) (37.2) and the province (43).

That said, seniors (defined as people over 50 in the report) still make up a significant portion of Pemberton's population, with 20 per cent of the community falling into the category.

Drawing from BC Statistics' forecasts—which look at population trends across the SLRD—the report states that there will be "substantive" growth among elderly residents in the region.

The region is also projected to see an increase of 117 per cent for those between the ages of 75 and 84, and a 108-per-cent increase for those 85 years of age and older.

The anticipated demographic change is in line with national trends, as the so-called Baby Boomer generation ages.

Pemberton does have one non-market independent Seniors' Housing Project, located at the end of Flint Street, known as the Pemberton Lions Villas.

The report calls for the creation of more housing like it.

"Based on feedback from stakeholders, there is a need for additional non-market semi-independent seniors housing in the community, particularly given the 75-person waitlist at Lions Villa," states the report.

Marnie Simon, a board member of the Pemberton Valley Seniors Society, took part in some of the engagement sessions for the report and said it represents a positive way forward.

"The main thing is to have some more affordable and accessible housing," she said.

Having served on the Whistler Mature Action Community, Simon said that she would like to see something similar to the Whistler Housing Authority in Pemberton.

"I think the Whistler Housing Authority model is a good model," she said.

But whatever is built needs to be close to the downtown core, as the VOP's transportation options remain inadequate for the needs of seniors, said Simon.

"We don't have a taxi service, let alone a bus service," she said.

Overall, Simon is complimentary of mayor and council's commitment to create an age-friendly community.

"I have always found that the council and mayor have been open to the advocacy that seniors do with regards to making an age-friendly society here," she said.

"I do believe that they've tried as hard as they can to improve things for seniors. We've always felt very supported."

Richman said that there are a host of options available to the VOP, including potentially offering density bonuses to developers, and working jointly with developers and BC Housing to create affordable homes.

"We've had numerous conversations with potential developers who are looking at our area," said Richman.

"I want to make sure they understand that this action plan is coming out."