Funding part of B.C. Government's plan to launch or expand Aboriginal services across province
Feb 14, 2016 4:40 AM By: Brandon Barrett 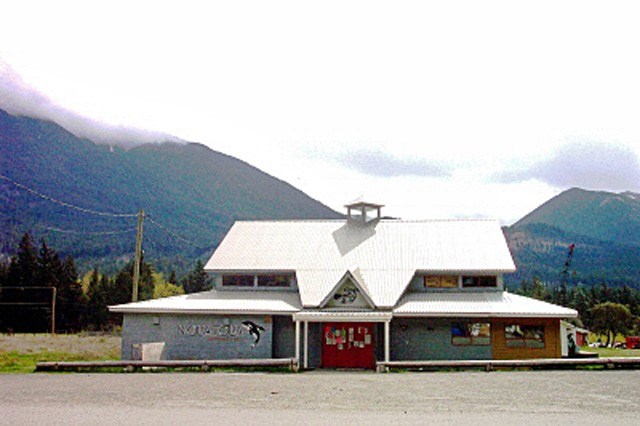 FUNDING SUPPORT The N'Quatqua Band in D'Arcy is set to receive $14,000 in provincial funding that will support the band's anti-domestic violence program. The N'Quatqua Community Hall is pictured. Photo courtesy of www.nquatqua.ca

The B.C. Government has committed funding to an “Aboriginal culture-based” initiative aimed at increasing awareness of domestic violence issues in the N’Quatqua Band in D’Arcy.

Approximately $14,000 will go towards the N’Quatqua’s Prevention for Women and Children program, one of 24 similar initiatives across the province.

“The first way of dealing with a challenge is to admit there’s a problem and then talk about it,” said Sea to Sky MLA Jordan Sturdy. “Having a safe space to talk about it is an important piece and a great first step.”

The funding was taken out of the $1.5 million that has already been doled out across B.C. to launch or expand Aboriginal services as part of Victoria’s three-year Provincial Domestic Violence Plan. The plan has so far earmarked $2 million for Aboriginal communities and organizations to develop and deliver programs for Aboriginal women, men and children affected by domestic violence.

According to government figures, Aboriginal women in Canada are nearly three times more likely to be victims of intimate partner violence than non-Aboriginal women.

“This is something we all need to confront,” Sturdy said. “Certainly Aboriginal groups are on the right page in recognizing we have to acknowledge this problem and then deal with it.”

In September, the province also allocated $500,000 to increase access to transition house and safe-home services for Aboriginal women and children impacted by domestic violence.

A call to the N’Quatqua Band office was not returned by press time.

For more on this story, check back with Pique this Thursday.