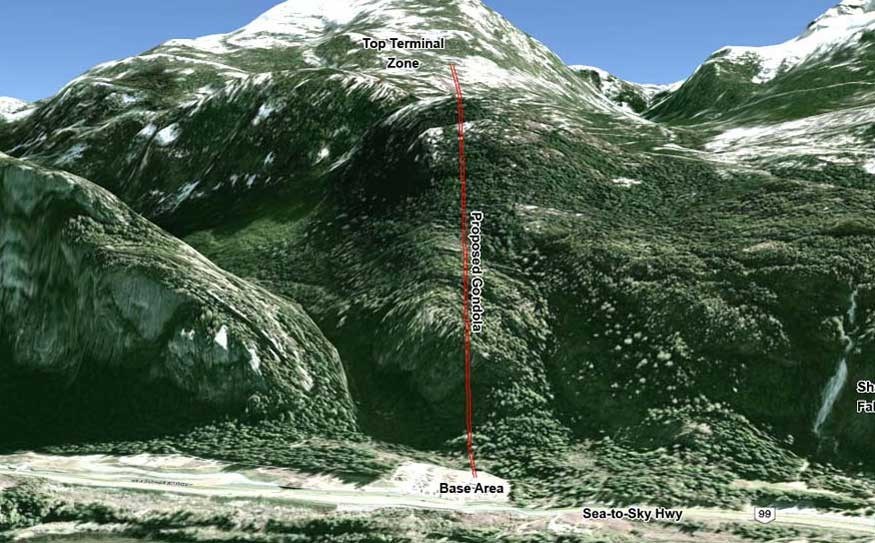 Opposition is mounting in a late bid to stop the Sea to Sky Gondola from getting all the approvals it needs to begin construction in Squamish.

A group called Friends of the Squamish Chief (FOSC) has reformed from the ashes of a proposal to create a gondola in 2004 that would have taken tourists to the top of The Chief. The group played a role in preventing that project from happening.

FOSC spokesperson Anders Ourum said that after he learned the proponents of this project wanted to take some land out of Stawamus Chief Park for the project he and other like-minded people revived the FOSC.

The FOSC feels B.C. Parks should have asked for public input on a proposal to reclassify a 20-metre wide corridor of Class A parkland. The gondola lift line would be constructed in the corridor and the area would be reclassified as protected area.

"If you care about our iconic Stawamus Chief Park as we do, we invite you to take action and ask for a formal chance for public input before the B.C. Legislature considers the developer's request to cut our park in half," said Ourum in a news release soon after the FOSC reformed and launched a website along with a Facebook page.

The organization has listed its concerns with the gondola project on the FOSC web site. It believes the gondola doesn't fit in an already heavily used and highly visible park area.

The group also believes public opinion about the gondola proposal should be sought by BC Parks before the agency makes a decision on reclassifying Class A parkland.

Another FOSC concern involves the former owners of the proposed base area. The Land Conservancy of B.C. bought the land in the aftermath of the first gondola proposal.

"They placed a binding conservation covenant against the legal title to the land before selling it recently," reads a passage on the FOSC web page. "We understand that the covenant prohibits the construction of any kind of gondola from the property that goes through or ends in Stawamus Chief or Shannon Falls Provincial Parks."

Ourum said the provincial government should enforce the spirit as well as the letter of the conservation covenant.

A request for an interview with the proponents was not answered by press time, but according to the Sea to Sky Gondola website, they have been working with BC Parks to reclassify the proposed gondola line pathway through the park.

"BC Parks has been advising us on the appropriate process to bring this amenity to Squamish," reads a passage from the proponent's web site.

"From the beginning, we have been clear that the gondola will go through the park and are now formalizing the applications BC Parks has asked us to complete to allow for the construction of the gondola towers."

While the FOSC is lobbying against the project, the District of Squamish has given the proponents the zoning they require at the proposed gondola base area and the SLRD has given two readings to a similar rezoning bylaw designed to permit the construction of an upper terminal near Mount Habrich.

The SLRD public hearing on the issue will start at 7 p.m. in the Britannia Beach Community Centre.