‘If this had been a white girl from West Vancouver, I’ve got to think the process would have been a little different,’ says father
Mar 29, 2019 4:30 AM By: Keili Bartlett / Squamish Chief 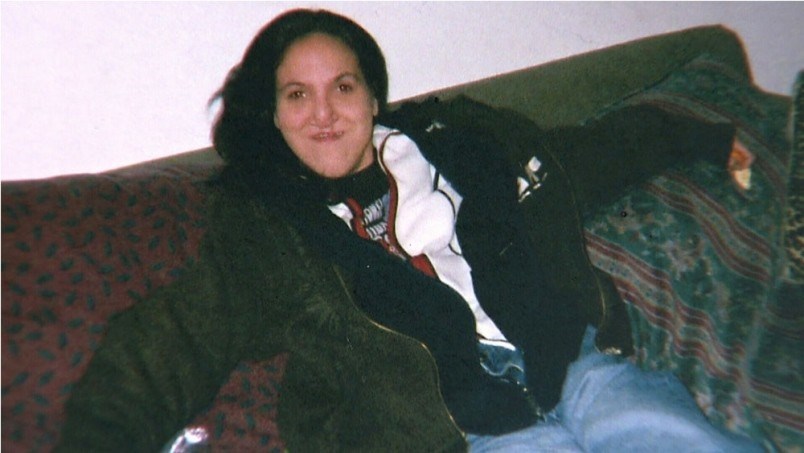 Lila Moody-Ogilvie was found dead in a room at Vancouver's Hotel Canada on March 10. Photo submitted

The family of a 34-year-old Squamish Nation mother, who was found dead in Vancouver March 10, has filed two complaints to the Office of the Police Complaint Commissioner over how the Vancouver Police Department handled the woman's missing person report.

Lila Moody-Ogilvie was found dead in a room at the Hotel Canada, also known as Marble Arch Hotel, but a week before, on March 3, her family had been told she had been removed from the missing persons list.

Her adoptive father Bruce Ogilvie filed a missing persons report to VPD on Feb. 28, when family and friends hadn't heard from her. She never returned a phone call to her adoptive mother, Elaine Moody, who last spoke to her on Feb. 15. Her normally active Facebook page went silent. When Ogilvie called police three days later for an update, he was told Moody-Ogilvie was taken off the missing persons list. When he asked what that meant, he was told a police officer would have been in contact with his daughter.

"In retrospect, and indeed within a few hours, I realized I should have been very angry and asked more questions," Ogilvie said. "At the time, it was this wave of relief. If she's been contacted, that means she's alive. Anything else we can deal with."

Then on March 6, Ogilvie got a call from his daughter's boyfriend. The man had been contacted by the police, who said there had been a mistake: Moody-Ogilvie should not have been taken off the missing persons list.

Until March 3, Ogilvie and the boyfriend had been putting up posters and asking people downtown if they'd seen her.

"The minute we heard on [March 3] that she was off the list, meaning she'd been contacted, well we stopped. In retrospect... It wouldn't matter because she was already dead by then, as we found out," Ogilvie said.

On March 10, her boyfriend told Ogilvie a dead body had been found in Hotel Canada, where Moody-Ogilvie lived.

"You're still thinking maybe it's not our daughter," Ogilvie said.

He went to Hotel Canada, where police on the scene told him the news.

"‘If this had been a white girl from West Vancouver, I’ve got to think the process would have been a little different. Just another Indigenous kid in Downtown Eastside, who gives a crap?' That's what I feel. The police just didn't follow through, even the basic stuff," Ogilvie said he told the police officer on the scene.

The family has filed two separate complaints to the Office of the Police Complaint Commissioner.

The first complaint is about how difficult and frustrating the process of filing a missing persons report was, Ogilvie said. After trying to call the non-emergency line, he went to the Vancouver Police Department in person, where he was told he could only make a missing person report over the phone. The 68-year-old has a hearing impairment and struggled to hear the directions on the phone. The phone for people with hearing impairments he was offered, Ogilvie said, only gave him a busy tone. He said he waited in line three times at the station before he was told to flag down a police officer, who then called the missing persons unit to write the report.

The second complaint is about the police's handling of the missing persons investigation.

In an email to The Chief, the deputy police complaint commissioner, Rollie Woods, confirmed there would be an investigation "into whether VPD policies were followed and if the policies are adequate. As well, the investigation will look to see if BC Provincial Standards were followed."

Vancouver Police Department's deputy chief constable Laurence Rankin, of the Investigations Division, said in a statement that the VPD follows the BC Provincial Policing Standards for Missing Person Investigations.

"Sadly, Indigenous women are at an increased risk of harm and Indigenous women in the Downtown Eastside are more likely than others to go missing. As such, the VPD prioritizes missing person cases and initiates investigations without delay," Rankin's statement said.

"However, it concerns me that the family is frustrated by their interaction with our staff and investigators. We understand that they have submitted a complaint to the Office of the Police Complaint Commissioner. As part of this process, we will fully review our investigation and work with the OPCC."

Rankin's statement also said Moody-Ogilvie's death was not suspicious. Her adoptive parents, who spoke with the coroner, said she likely died of an overdose.

"The coroner thought that she had been dead since Feb. 20, and they just found her body on March 10," said Moody-Ogilvie's adoptive mother Elaine Moody.

"In both of the official complaints, our first line of thinking is what happened to her. But the other part is, on a much larger sense, there are all kinds of other parents out there who are going to go through the same thing," Ogilvie said. "There's how this affects us and our immediate family, but in a larger sense, we've got to realize there's a crisis. Rich people get richer and richer and everybody else is getting farther away from justice."

Moody-Ogilvie, her parents both said, was known for her sense of humour.

"Lila was loved by everyone," Ogilvie said. "She was a very sparkling kind of a person. Anyone who ever dealt with her found her to be a really fun person to be around."

Moody, who lives in Squamish, has custody of Moody-Ogilvie's young son.

This story originally appeared in The Squamish Chief on March 28.