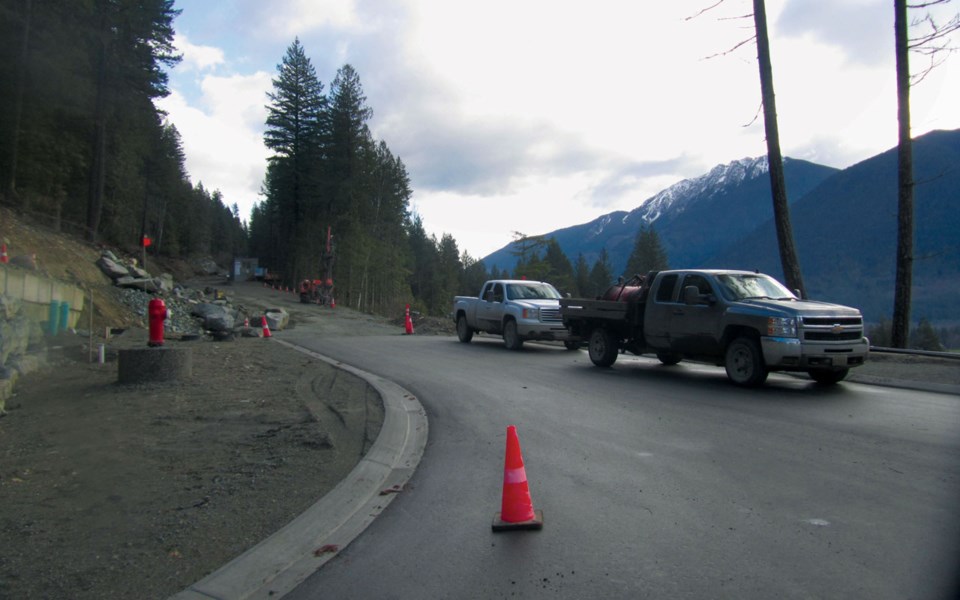 The Village of Pemberton’s (VOP) financials are on track, but an unexpected boost from the federal and provincial governments didn’t hurt.

“[It’s funding] that we didn’t know we were getting,” Martin said. “It’s to assist with our COVID-related shortfalls. We have those across the board for multiple different things, but the grant is to cover revenue losses, facility reopening and operating such as for recreation, emergency planning and response, bylaw and protective services … and computer and technology costs. We had some additional costs for laptops and setting up webcams and setting up meetings.”

Martin noted the grant is also flexible to cover other revenue losses.

Martin noted that four departments were affected by the pandemic, but the news is mostly positive in large part because of the grant. Administration saw slightly higher costs for expenditures such as cleaning supplies, advertising, signage and equipment, which can be recovered through the grant. Building and development, meanwhile, saw application-fee revenue decrease, though building permit business was still strong. Recreation lost rental revenue with the extended community centre closure, though they were mostly offset by staff being laid off, and any losses are offset by the grant. Lastly, transit saw losses during the period where fares were not collected, though these losses could be recovered by transit funding, which is still under review, or by the grant.

Mayor Mike Richman was pleased with the funding coming through.

“It’s the only time since I’ve started in local government that I’ve heard big cities complaining that small towns got too much of the share of funding,” he quipped. “It was kind of nice to have the role reversal on that one.”

All told, Martin said, at the three-quarter mark of the year, the VOP had collected 86 per cent of revenues while paying out 73 per cent of expenditures. Taking out the revenues collected on behalf of other governments changes the figures to 83 per cent collected and 65 per cent paid, with some project charges and winter costs such as snow removal on deck.

Martin said there is just over $485,000 in outstanding taxes and utilities, which Chief Administrative Officer Nikki Gilmore confirmed was roughly in line with other years. The Village will be sending out letters in the coming weeks looking to collect the remainder and Martin expects more tax revenue before the year’s end.

“We are still in line to finish the year without a deficit by postponing some of our larger projects and utilizing grants that we have available,” she said.

The funding would be used for the North Arm Channel outlet replacement, the Riverlands culvert gate and for hydrometric gauges on Green River and Miller Creek. The Pemberton Valley Emergency Management Committee has identified all three projects as high priorities.

“The three proposed projects aim to mitigate issues relating to backwater flooding and flow changes caused by the Lillooet River and its tributaries. The rationale for these three projects consists of replacements to flood control infrastructure and increase emergency preparedness while also gaining insight to flow changes over time due to climate change,” Toews explained in her presentation.

In the case of the North Arm Channel, Toews noted that existing culverts and gates were installed in 2003, but are now leaking. While the Pemberton Valley Dyking District (PVDD) can pump water over the berm, it is a high-risk activity and also less effective.

The Riverlands’ culvert gate leaks during rainy weather, which decreases its capacity and creates issues with area ditches, while gauges on the Green River and Miller Creek would improve floodplain modelling.

The projects are estimated to cost $650,000, a figure that accounts for in-kind project management from the PVDD. The funding stream can contribute 100 per cent of the cost up to $750,000. Council voted to approve Toews’ request to apply for $621,500.

Council will also voted to revise the resolution it passed on Nov. 3 regarding its application to the UBCM’s Evacuation Route Planning funding stream. At the meeting, council opted to apply for $25,000 “to undertake a joint project for an evacuation exercise in the Pemberton Valley and Squamish floodplain to test existing evacuation planning assumptions.”

However, council rescinded that motion in favour of a revised joint ask with the Squamish-Lillooet Regional District and the District of Squamish for a $60,000 “consultant-led evacuation exercise in the Pemberton Valley and the Squamish floodplain affected areas.”