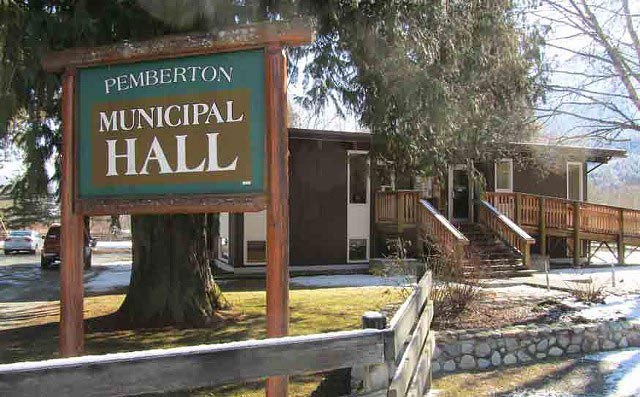 At its Jan. 8 regular meeting, Pemberton Council rescinded the third reading of The Village of Pemberton Termination of Water Service Bylaw No. 717, 2012, originally made on Dec. 18, 2012.

This came after council deferred the fourth and final reading of its proposed Service Termination Bylaw No. 717, 2012, which would allow it to terminate the longstanding arrangement to supply bulk water to Pemberton North, in Area C of the Squamish-Lillooet Regional District (SLRD), to Jan.22.

The procedural amendment was necessary to change the potential date of termination of the agreement from Dec. 31, 2013 to Jan. 31, 2014, to keep it within a timeline notice period of 12 months, said Manager of Administrative Services Sheena Fraser.

After rescinding December's third reading, in order to add the amendment, it was read for a third time and passed.

Pemberton documents cited the $448,938.19 in outstanding and unpaid fees owed to the VOP by the SLRD as of Sept. 30, 2012 "are increasing over time and represent a significant and increasing operational and fiscal risk," according to VOP documents.

The next step, said Fraser, is the fourth and final reading, which is scheduled to take place at the next regular council meeting on Jan. 22.

She added that VOP staff was trying to set up a meeting following the reopening of SLRD offices after the holiday period and the hope is to do so before the next council meeting. This is with the aim of trying to come to some agreement over the outstanding payment and the SLRD's concern about charge rates in Pemberton North.

Meanwhile, in his Mayor's Report to council, Jordan Sturdy reported that Pemberton's single Salvation Army fundraising kettle over the Christmas Period raised $4,977, beating Whistler, which had four kettles in four locations throughout the resort.