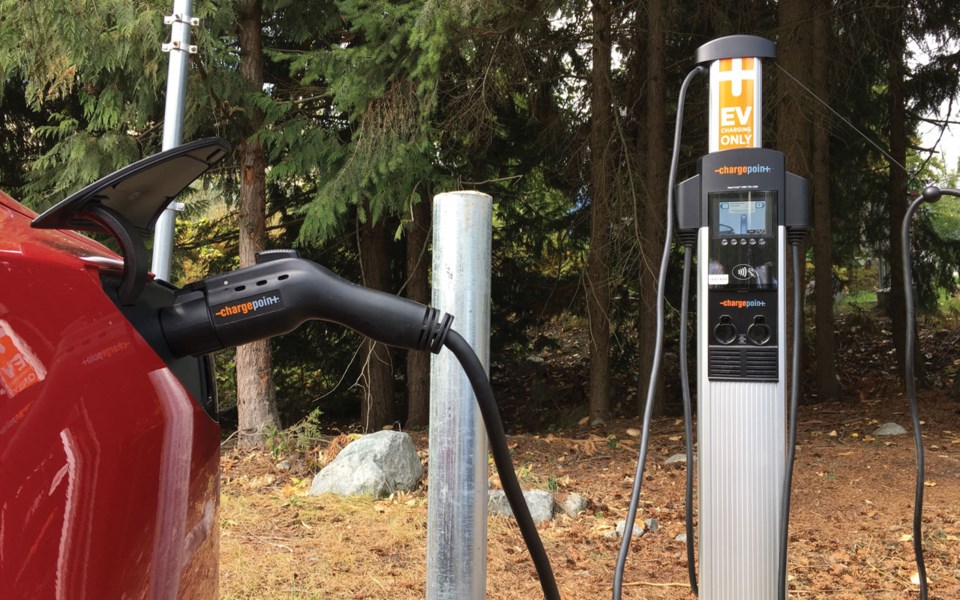 At its July 28 meeting held via Zoom, council approved $53,060 in funding toward the two chargers, contingent on approval for half the cost through a Natural Resource Canada (NRCan) grant.

Planning and GIS technician Matthew Rempel noted that the total project cost would be $128,000, but more than half would be covered through NRCan and a contribution of $25,000 from the provincial government.

Rempel said the Village first thought about installing the chargers after BC Hydro scouted Pemberton before ultimately installing chargers at the new Lil’wat Gas Station.

In response to an inquiry from Mayor Mike Richman, chief administrative officer Nikki Gilmore said Pioneer Park would be a superior site to, for example, the Downtown Community Barn for a couple of reasons. Firstly, the chargers need three-phase power, which is available near the gazebo and would reduce installation costs. As well, the park sees lower parking usage than the barn

“There are also a few extra spots that aren’t utilized as much as the barn parking lot is,” she said.

Gilmore noted that the community centre chargers were offered free “for a number of years” before the VOP implemented pay-per-service after some abuse by users. She noted the chargers would be more of an investment to welcome electric vehicle drivers to town than to be a serious income generator.

“I’m not sure we would be in it to necessarily generate revenue,” Gilmore said. “We could do that if we wanted to review the fees.

“At this point, we wanted to at least make sure that it was covering the cost of the hydro that was installed there.”

In ultimately supporting the motion, Coun. Amica Antonelli reasoned that the chargers will be a good investment as long-term infrastructure.

Richman, meanwhile, highlighted that the funding would come from the 2021 Community Works Gas Tax budget, not from taxation, and felt it was an important project to consider.

“This is the future and we want to be part of the future,” he said.

Revenue increased by $4.3 million, roughly $500,000 over what was budgeted, because of transfers from higher levels of government.

While expenses increased by $1.3 million, Haw noted that the rises were consistent across all categories. All told, though, the VOP ran a surplus of $7.1 million in 2019 compared to $4 million in 2018.

As well, the Village has $2.1 million in reserves and saw its equity rise by $4 million.

Asked by Richman how the Village’s economic controls were looking, Haw said he saw no points of concern.

The full report is available at pemberton.ca/public/download/files/134358.