With an already tight budget, members of Pemberton council have serious reservations regarding plans to build a public recreation centre in Area C to serve the Gates Lake area.
Jul 18, 2012 9:00 PM By: Andrew Mitchell 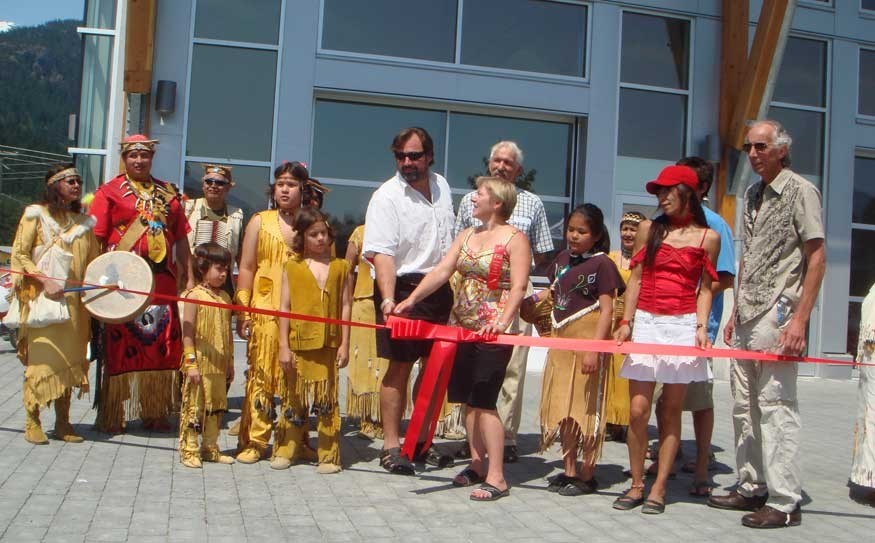 With an already tight budget, members of Pemberton council have serious reservations regarding plans to build a public recreation centre in Area C to serve the Gates Lake area.

Under the current agreement, the Village of Pemberton (VOP) and Area C of the Squamish-Lillooet Regional District share recreation costs, with money from Area C residents funding recreation in Pemberton and vice-versa. Since funding is based on population, Pemberton could be on the hook for roughly 48 per cent of annual operation costs of the proposed rec centre, which are estimated at roughly $100,000 per year based on projected user fees. Further, Pemberton's portion of operational costs is expected to go up as its population increases.

Mayor Jordan Sturdy, who represents the Village of Pemberton on the Pemberton Valley Utilities and Services Committee (PVUS), encouraged people to attend an open house on the centre on July 24 to learn more and provide their feedback.

"I'm on record as being concerned with the operation costs of the structure and the capital reserve funds (for the centre) as well," said Sturdy. "The point being, we're already short of operational funds (in Pemberton). We're at our max taxation on that particular service, so without some amendment going back to the public (for more funding) or asking a minister for a special dispensation, or a significant change in the assessment role for next year, it is going to make the situation more acute."

Ted Craddock was also concerned. "If we raise (property) taxes one per cent we gain about $15,000," he said. "That's a three per cent increase for recreation, just to pay for that service up there... If we don't account for it ahead of time, we could be in the same position we are with the community centre with no reserves and in five years we'll be in the same situation (with capital costs and debt)."

Councillor Mike Richman is also concerned with the process. "We're so far into this process and we're only now just seeing the first draft of the operational budget, which for me is incredible," he said. "And we only have so much information to work with. We don't know how many kids are there, what services they're going to provide. I think the whole process has been skewed.

"I'd like to know the demographics of the area before we go in there."

As well, he was concerned that the plan does not currently include First Nations in the region, which could have been brought in as a partner.

The next PVUS meeting is today, July 19, followed by a meeting of the Recreation Advisory Committee. The open house on the Gates Lake concept is at N'Quatqua hall, starting at 6 p.m. on July 24. There will be time for visitors to look at the drawings for the building, which includes a 5,000-square foot room and basement storage, and will cost the SLRD roughly $1.7 million. A presentation will follow at 7 p.m. The Recreation Advisory Committee is hosting a public meeting at 8 p.m.

While the rezoning application passed council, it wasn't unanimous. Councillor Alan Leblanc was adamant that the business belongs in the Pemberton Industrial Park.

"Once again, I think that this type of business is good for Pemberton, I just think it's at the wrong location," he said. "The Village of Pemberton really has to look at our industrial park. There is some growth there as it seems to be catching on a bit, but my concern is that moving this away from there is going to be detrimental."

Sturdy said there was no difference to the VOP in terms of tax revenues, and that the investment in the property — including a two-storey building and permanent jobs — should be the most important consideration.

Sturdy said the only benefit of moving the business to the industrial park is to the private owners of the park. As well, given that the bylaw was already at fourth reading, he said it wasn't fair to derail the process. "I don't believe playing chicken with these guys at this point is a good strategy," he said.

Councillor James Linklater said he was worried about setting a poor precedent, and that this issue would allow other industrial businesses to apply for variances to zoning outside an area that has already been designated for industrial activity. However, he did vote to approve the rezoning.

Councillor Mike Richman said it would be valuable to discuss what's ahead for the industrial park in the future, but in this case Durfeld is already an established local business.

"It's our job to support businesses, not to force them to move at great cost," he said. "If it's a new business, then we can tell them where to go, but (Durfeld) has been here for 10 years," he said.

He also said that the character of the industrial park has changed with a mix of light and heavy industry, and office space. Given the type of work Durfeld does, he questioned whether it was even appropriate for the industrial park. "If you have 20 chainsaws going beside the Good Life Café, are people going to eat there?" he asked.

The Village of Pemberton voted unanimously to support the Pemberton Canoe Association, which is sending the always successful Laoyam Eagles dragon boat team to the 2012 IVF World Outrigger Canoe Spring Championships in Calgary, Alberta in August. Pemberton will contribute $2,500 in total to the team, provided the SLRD Area C provides matching funds. In exchange, the team will wear logos for the VOP and SLRD.

The money should be well spent. In June, the Laoyam Eagles, comprised of youths from Pemberton and Mount Currie, won the Rio Tinto-Alcan Dragon Boat Festival's junior title for the 14th straight year.

With the success of longboarding races at Britannia and the Whistler Sliding Centre, Mayor Jordan Sturdy revealed that he's had a few early discussion with event organizers to look at the possibility of hosting a race on the Duffy Lake Road from the brake check area to the bottom of the hill.

"I thought it was a really interesting concept," said Sturdy, who's meeting with the regional manager for highways to discuss roads, and will bring up the event. "They close the highway for the GranFondo, so they can do this. It comes down to money, cooperation, traffic counts and that sort of thing."