Pemberton Health Centre to get new nurses and technology 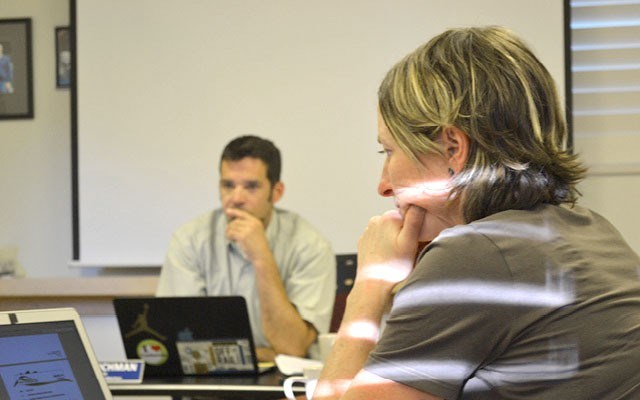 Olson informed council that VCH has hired five additional nurses to serve the corridor, and now Pemberton will have two on-call nurses on any given night.

Since a nurse went on leave after a disturbing incident at the Pemberton Medical Clinic, the community has been dealing with staffing shortages, particularly for on-call shifts.

Olson also said that the Pemberton Health Centre and the Whistler Health Care Centre will be the first two hospitals in VCH to join the Clinical and Systems Transformation Project, a new initiative that will digitize patient records, so that they can be easily shared across hospitals throughout the region, as well as with the Provincial Health Services Authority and Providence Health Care.

"It allows the care providers here to look back on their history and see what care was provided, avoiding duplication of tests but also making sure that allergies and other safety pieces are respected," explained Olson following her presentation.

VOP council also discussed upcoming meetings with provincial ministers at the annual Union of BC Municipalities (UBCM) convention this September.

The council decided to focus on some of the issues that the increase in tourism to the Pemberton Valley is resulting in.

Places like Joffre Lakes Provincial Park and Strawberry Creek have became magnets for visitors, explained Mayor Mike Richman, and the fire risk that the increased visitors pose needs to be mitigated.

"We need more resources for park personnel so there are more frequent checks at some of these spots," Richman said after the meeting.

Other discussion topics on Pemberton's UBCM radar include road safety improvements for bike tourism and passenger rail service between northern communities and the Lower Mainland.

This year's UBCM is set for September 25 to 29 in Vancouver.

Also at COW, Dan Wilson of the Whistler Centre for Sustainability presented some options to deal with Airbnbs and other short-term rentals.

Wilson said that so far 102 community members have filled out an online survey that aims to get a sense of how Pemberton wants to regulate short-term rentals.

Wilson presented a chart highlighting the various options. He said that most communities that allow short-term rentals restrict it to a renter's primary residence.

One person in attendance — who described themselves as "negative" about Airbnb — suggested the VOP should bring in bylaws that will make it easier to ticket illegal renters.

For Richman, one of the principal concerns is how a small community like Pemberton will enforce any regulation that it decides to bring in.

"The thing that comes to my mind for every one of these categories is how do you enforce these," said Richman.

Council also voted at its regular meeting on July 25 to support a grant application put together by BC Passive House and two other partners.

The Pemberton-based prefabrication company hopes to develop prefabricated timber panels that will revolutionize the construction industry.

According to the presenters, the panels are strong, lightweight, and more sustainable than traditional steel and concrete-based panels, and the grant money will be put towards further research and development.

"We feel like it will enlarge Pemberton's economic vitality," said Weike Qu, a consultant with Equilibrium Consulting, a partner on the project. "As we develop these panels, we'll have to expand our existing business."

Qu said he can see the project employing up to a dozen people.

The grant is through the Rural Dividend project, which aims to bring technological innovation to rural communities.

BC Hydro wants to rebuild its facility on Aster and Dogwood Street. The public entity says that the site is no longer suitable for modern trucks and equipment.

It is asking to increase the size of the building on the lot from one to two storeys.

The property, which is located in Pemberton's downtown core, is considered "legal nonconforming," meaning council has to change bylaws to allow any new construction or expansion.

Town planner Lisa Pedrini has requested BC Hydro hold a community consultation session on the project to gauge public opinion on BC Hydro's plans.

During a question-and-answer period with two representatives of BC Hydro, Richman said that it is imperative that any new construction look good, as the property is centrally located.

"Quite honestly, I really wish there was another location. This is a chunk of our downtown that will be key for us as we grow, so I struggle with it... I would like to see you exceed our requirements in terms of form and character," he said.

"I'm really hoping to see that there will be a huge effort made to make this building look like anything but light industry."

LETTER OF COMFORT FOR CANNABIS CO.

Council also voted to write a letter of comfort for a company that hopes to legally grow pot in Pemberton.

Coast Mountain Cannabis Inc. originally asked for a letter of support, even going so far as drafting the proposed letter, which was included in the council package.

But council voted to produce a letter of comfort instead.

Explaining the difference, CAO Nikki Gilmore said that "a letter of support fully supports this kind of application. A letter of comfort reviews their application based on their current applications such as zoning and land use and business licenses."