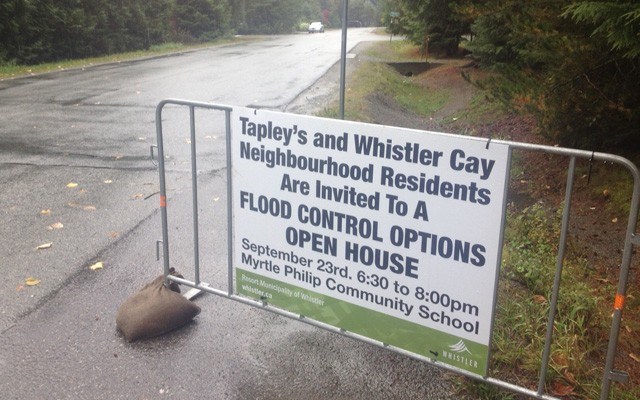 A mudslide near Pemberton has closed a section of road and left some residents without power on Sunday, Sept. 20, after heavy rains hit the Sea to Sky.

Drive BC confirmed the slide has left Portage Road out of Pemberton closed in both directions six kilometres north of Gate Lake.

An assessment of current road conditions is currently underway.

The rainy conditions have also left hundreds in the community without power this afternoon, with BC Hydro reporting several affected areas as of 12:15 p.m.

As crews are able to assess the damage, updates on the power outages will be posted here: www.bchydro.com/outages/orsTableView.jsp#current-Lower_Mainland___Sunshine_Coast (*UPDATED: Power was restored just before 2 p.m., confirmed the Squamish Lillooet Regional District.)

Further south down Highway 99, Whistler was also hit with heavy rains this weekend. Just over six millimetres fell on the resort Saturday, Sept. 19, although that didn't deter the hundreds who crowded into Olympic Plaza for the return of the Whistler Village Beer Festival, which closes today. One event organizer estimated that ticket sales on Saturday were on par or slightly better than last year, in spite of the wet conditions.

Fifteen to 25 mm of rain are in the forecast for Sunday, according to Environment Canada.

The Resort Municipality of Whistler (RMOW) is inviting residents of Whistler Cay and Tapley's Farm to an open house Wednesday, Sept. 23, to discuss flood control options for the neighbourhoods, both of which have been affected by flooding in the past.

The public forum is scheduled from 6:30 to 8 p.m. at the Myrtle Phillip Community School.

Record rainfall in December flooded several Whistler Cay homes after 70 mm fell in a single day. That same month, Tapley's Farm residents called on the RMOW to carry out a geotechnical study to help protect neighbourhood homes from flooding.

For tips on preparing for a flood, visit www.embc.gov.bc.ca/em/hazard_preparedness/flood_tips/Preparing-family-home.pdf.