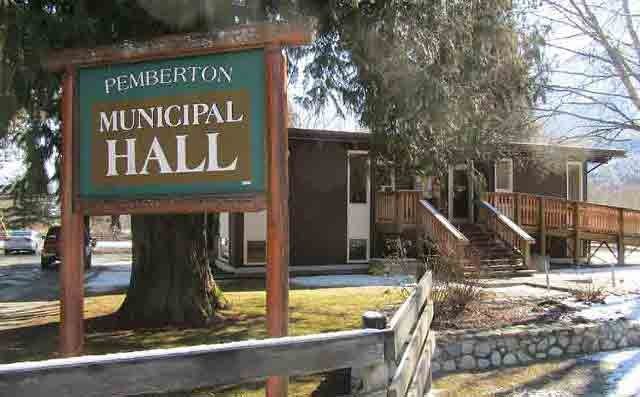 Pemberton council is on the verge of passing its 2013 budget, bringing in a two per cent cost-of-living tax rise and a special $150 parcel tax.

The latter is to be repeated in the 2014 budget, to cover the village's half of the cost of completion and upkeep of the Pemberton Community Centre.

The first three readings of the bylaws to cover the village's five-year financial plan and tax rates passed unanimously at the regular council meeting on April 16.

At a public information session, manager of finance Nikki Gilmore said the two per cent increase in taxation was in line with previous budgets.

Gilmore also noted that property tax rates were considerably lower than that of Whistler and Squamish.

The parcel tax will raise over $300,000 in two years to cover the village's share of the over $600,000 needed to carry out work on the centre, which includes outstanding development permit requirements such as the crosswalk to the facility, access and egress, and the drop-off area. The village is responsible for 48 per cent of the cost, with Area C of the Squamish-Lillooet Regional District responsible for the rest.

The two-year $150 parcel tax is being applied in order to avoid taking the necessary money out of general revenue.

Mayor Jordan Sturdy encouraged taxpayers wanting more of a say in the ongoing recreation centre dilemma to participate in the VOP's recreation feasibility study and to add their comments about the direction of recreation services expenditures.

In his report to council, Sturdy took issue with a letter sent by four of his former colleagues on council to the local media which stated that in 2007 the council of the day secured water rights in Pemberton Creek in order to protect it from development.

In the letter, which was published on April 11, Mark Blundell, Jennie Helmer, David MacKenzie and Kirsten McLeod said the water rights to Pemberton Creek had been purchased to secure control over the future of the creek, "be it protection or development."

"Our prime motivation was to protect the creek from development," they wrote. "... Looking back, we feel we made the right decision in obtaining the license for the sole reason to protect our only water source and to protect the interests of our taxpayers. We hope the current VOP Council will do the same and reject project proposals that include a river diversion power project."

But Sturdy disagreed with this version of events and told the current council that he had dug through previous minutes of meetings from 2007 to see what had been said. Sturdy made the minutes of one meeting available to the press.

In the minutes from Dec. 4, 2007 it was moved and seconded to "award Summit Power Management Inc. the contract to complete a feasibility study to develop a run-of-river project for Pemberton Creek, prepare a waterpower application and provide options for the Village of Pemberton to develop the project..."

The selection of Summit Power as consultant was carried with Blundell being absent from the 2007 meeting.

The fact that the word "develop" was used and not "protect" indicated the intentions of the council of the day, Sturdy said.

Work on Birkenhead River to start

Councillor Ted Craddock reported that the federal ministry of aboriginal affairs would likely be the source of $35,000 to $50,000 needed for work on flood mitigation on the Birkenhead River.

The Village of Pemberton, SLRD, Pemberton Valley Dyking District and the Lil'wat Nation sat down with provincial and federal officials to discuss the flood threat, due to debris blockage on the river and the upcoming freshet melt.

"The tone of the meeting was excellent, everyone realized it was a problem," Craddock said.

Permits were due to be in place this week, with work to follow immediately.

Pemberton man on the road to recovery
Jun 29, 2020 8:30 AM
Comments
We welcome your feedback and encourage you to share your thoughts. We ask that you be respectful of others and their points of view, refrain from personal attacks and stay on topic. To learn about our commenting policies and how we moderate, please read our Community Guidelines.