Council briefs: Nukw7antwal regional gathering; letter from the minister of transportation; George and Shirley Henry get a park named after them
Feb 7, 2018 5:00 PM By: Joel Barde 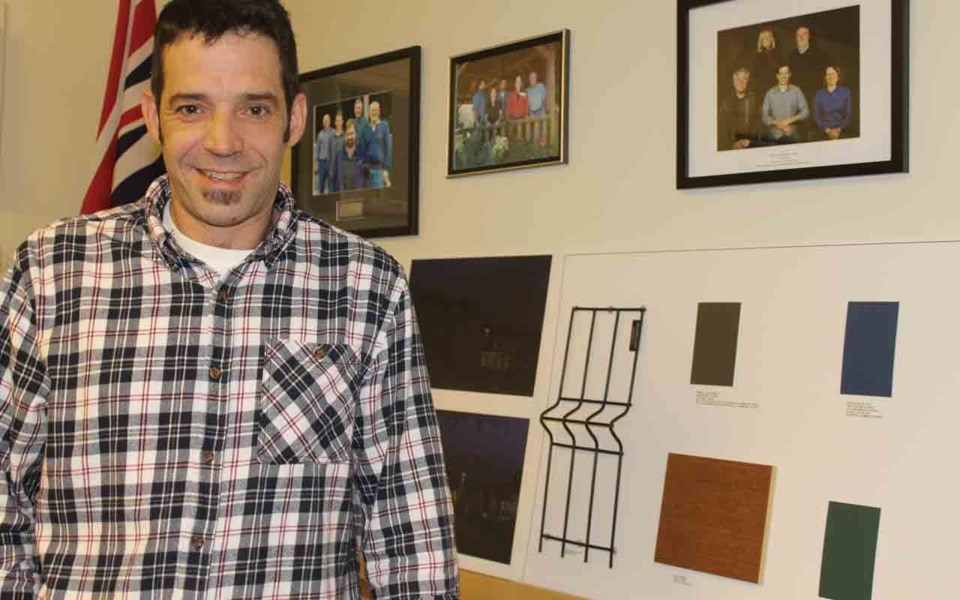 Looking back The Village of Pemberton has been experiencing a building boom of late, something mayor Mike Richman and council have been striving to shape. Photo by joel barde

Staff also reallocated $60,000 for a new salt storage shed for the community that was unexpected, but necessary.

In the past, the Village had a gentlemen's agreement with the Mainroad Group for the purchase of salt. But in the summer of 2017, Mainroad indicated that it would end the agreement, forcing the Village to come up with a solution.

The new storage facility sits next to the community's wastewater treatment plant and is currently in operation.

Five developments were approved in the fourth quarter, and there are currently another 10 in progress. The developments include a range of buildings, from apartments to single-family homes, to townhouses, said Richman.

"But the biggest thing missing is that affordable piece and the social housing piece... we want to make sure we have a focus on that," said Richman.

During the meeting, council discussed the increased workload placed on planning staff by the building frenzy. The Village, however, is not looking to hire more planning staff, said Richman, noting that some of the work can be contracted out and some of the development services work can be recovered from developers.

"I've heard really good comments in terms of how our staff is approaching proponents and dealing with applications," said Richman.

Council also discussed the forthcoming Nukw7antwal Regional Gathering, which will be held on Feb. 23 at the N'Quatqua Community Hall. The event is being organized by the Village, N'Quatqua, and the Squamish Lillooet Regional District (SLRD) and will bring together elected officials and senior staff from the SLRD, the Village, Líl'wat Nation, Lower Stl'atl'imx Tribal Council, N'Quatqua, Samahquam.

"The main focus of it is relationship building," said Richman, who will be attending, and described it as an important event in terms of reconciliation between Indigenous and non-Indigenous Canadians. Last year's event, the first of its kind, encouraged good conversation, he said, adding that looking at issues of shared and colonial history is vital to the wider region's success.

"How do we build our relationships moving forward so we can look at so many issues we have in common?" said Richman.

The goal is relationship building and developing opportunities, added Jack Crompton, chair of the SLRD.

"We're not in a rush," Crompton said. "Obviously all of the member groups would like to be able to point to some solid deliverables, but at this point our goal is to focus on working together and understanding where each other comes from."

The Village also received a letter from Minister of Transportation Claire Trevena.

Richman met with Trevena at the Union of BC Municipalities meeting in September, where they discussed the Pemberton Creek Bridge and enhancements to cycling infrastructure. "I have asked that ministry staff follow up with you directly to discuss the matters raised at our meeting in more detail," said Trevena's letter.

The Pemberton Creek Bridge, which you pass when entering the community, can be problematic in the spring, explained Richman. During slushy events, when ice breaks up and spring rains arrives, the ice builds up against the bridge, leading to potential flooding.

"We've been asking for a raised bridge there, which would help with potential flooding," said Richman, explaining the significance of the letter.

Richman — who noted that both issues have been brought up with the ministry before — is also looking at improvements to highway safety when it comes to cycling.

LONG TIME COMMUNITY ICONS GET PARK NAMED IN THEIR HONOUR

Council also announced it will be naming a new municipal park after George and Shirley Henry, long-time residents and local advocates. The new park is located in the Tiyata Development.

Some of George's accomplishments include founding Pemberton's Lions Club, serving as chair of the Pemberton Agricultural Community Association and working as a teacher at Pemberton Secondary School. Shirley served as a councillor and mayor consecutively for 19 years, worked as a substitute teacher, and volunteered with a number of organizations.

"Both of them have given so much to the community over the years... I've never seen anyone volunteer to this level. The amount of committees, boards, groups, is absolutely mind blowing. Their fingerprints are allover this community," said Richman.