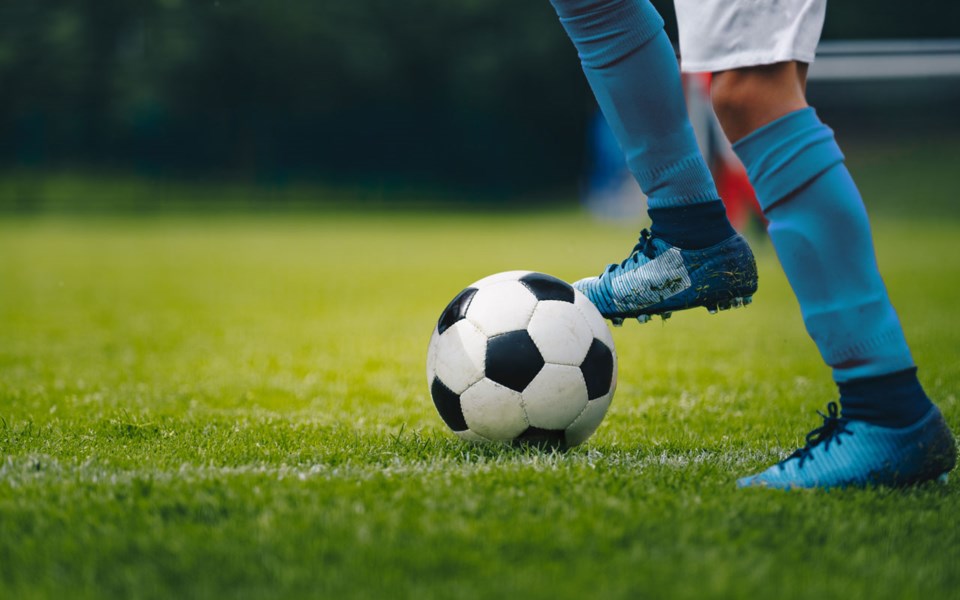 It’ll soon be easier to get your kicks in Pemberton.

The federal government announced July 3 that the Village of Pemberton (VOP) has been awarded $3.09 million from the Community, Culture and Recreation Infrastructure Stream (CCRIS) from its Investing in Canada Plan.

In a release, the VOP noted the total project cost as just north of $4.22 million, with the remaining funding coming from the Village’s Community Amenity Contributions, the Squamish-Lillooet Regional District, and developer and community contributions.

Mayor Mike Richman said in a July 5 interview that he’s pleased to get the project underway without dipping into any VOP taxpayer contributions.

“It’s nice to be able to put a project of this size together and not have to go to taxation for it and burden the taxpayer,” he said.

Richman hopes to get the project out for tender soon and ideally begin construction this year.

“The good news is the site has already been pre-loaded, so we’ve been working in this direction for a while,” he said. “Depending on the contractor, I’m hopeful that we’ll get it built this year if all goes well. The field has to sit close to a year before you can actually play on it, so if we can get it done by the fall, in an ideal world, next year we can have some play on it.”

The project itself, located on Pemberton Farm Road East, will include a grass soccer field, water well for irrigation, fencing and lighting, as well as an amenity building with washrooms, changerooms, storage and concessions.

With one field already onsite, Richman said it will be able to accommodate tournament play and could potentially become a greater recreation hub for the Village, noting that it’s easier to successfully apply for grants with existing infrastructure.

“We’ve contemplated a bike skills park on there, a baseball diamond, and, if we can afford it, if funds allow, there’s room for a rink and a multiplex building there as well,” he said. “That is the future of recreation for our valley.”

The federal Investing in Canada plan received $44.5 million in federal funding, $19.2 million from the provincial government and more than $23 million from applicants and is being dispersed in two streams: the CCRIS and the Rural and Northern Communities Infrastructure Stream (RNCIS).

Several other Sea to Sky projects received funding through the CCRIS, including:

• the Squamish Lil’wat Cultural Centre in Whistler, which is revitalizing its building through the installation of an HVAC system, upgrading sound, light and surveillance equipment, refurbishing its floors and exterior, and updating storyboard panels to reflect changes in written Squamish and Lil’wat languages; and

Meanwhile, N’Quatqua First Nation earned funding for a multiuse facility through the RNCIS. The 1,297-square-metre building will include a gymnasium, offices, cultural reception areas, fitness centre and cultural chamber. The facility will be built incorporating green technology and sustainable business practices.

Meetings could be held electronically for the foreseeable future

Council meetings won’t be back in chambers in some capacity until at least the fall.

In her report presented to council at its June 30 meeting held via Zoom, Manager of Corporate and Legislative Services Sheena Fraser responded to Ministerial Order No. 192 (M192), which came down from the provincial government on June 17. The order is part of the province’s restart plan and encourages local governments to resume normal operations as much as possible.

“[The order] removes the ability for a local government to give readings and adopt bylaws (other than certain financial bylaws) at one meeting and requires that local government make ‘best efforts’ to allow the public to attend open meetings in-person while still ensuring the public health orders and recommendations are being adhered to. M192 also establishes that if a local government is not able to accommodate the attendance of the public in person a resolution must be passed stating the reason for holding meetings without the public and noting how openness, transparency, accessibility and accountability are being met,” Fraser wrote in her report.

The order also rescinds council’s blanket ability to pass bylaws during the same meeting as third reading, which council used to pass its financial bylaws this year. Recognizing that some bylaws are critical to the “financial health and operation” of a municipality, 10 bylaws under the Community Charter or Local Government Act are still eligible for expedited approval.

While some other jurisdictions are leaning toward reopening, the VOP is looking to continue holding its meetings via Zoom. Fraser noted in her report that council chambers are small, only 32 square metres, with the council table further reducing that area to 30 sq. m. To adhere to the recommended allowance of five sq. m. of “unencumbered space” per person, only six people could physically attend the meetings.

Alternatives such as the Squamish Lillooet Regional District boardroom would only allow for nine total attendees, while the Pemberton and District Community Centre would saddle the municipality with rental fees for the space, tables, chairs and, possibly, a sound system in addition to increased cleaning procedures.

Fraser noted that the Zoom webinar format has worked well and fulfills all the public access requirements.

During the meeting, Fraser added that the available options would still require staff and/or members of the public to attend electronically, while renting school gymnasiums would be cost-prohibitive, especially when they’re shut for summer.

Richman supported the motion, but acknowledged he’s itching to get back to normal.

“For me, I do look forward to getting back into a room. I like the fact that through the webinar, we are getting attendees and it is available on our website,” he said. “But I miss the live interaction of it and if this is the case through the summer and into the fall, it sounds like we could be doing this for quite some time.

“I’m happy to support this, but as the weeks and months go by, I’d like to look at other options, even if it might mean a budget being put toward renting a bigger space.”

“They don’t have to come to the building to stay informed,” she said.

Council voted to hold meetings electronically throughout July, and will revisit the issue when it returns from the August recess.

Noting that they’re “practical,” Richman hopes to keep online streams going even after council is again meeting in person.

Council also approved changing the meeting agenda orders so that bylaw readings, which are the items most likely of interest to the public, will be held before mayor and council reports. n

Cyclist hit on Highway 99 Monday afternoon
Aug 3, 2020 2:46 PM
Comments
We welcome your feedback and encourage you to share your thoughts. We ask that you be respectful of others and their points of view, refrain from personal attacks and stay on topic. To learn about our commenting policies and how we moderate, please read our Community Guidelines.