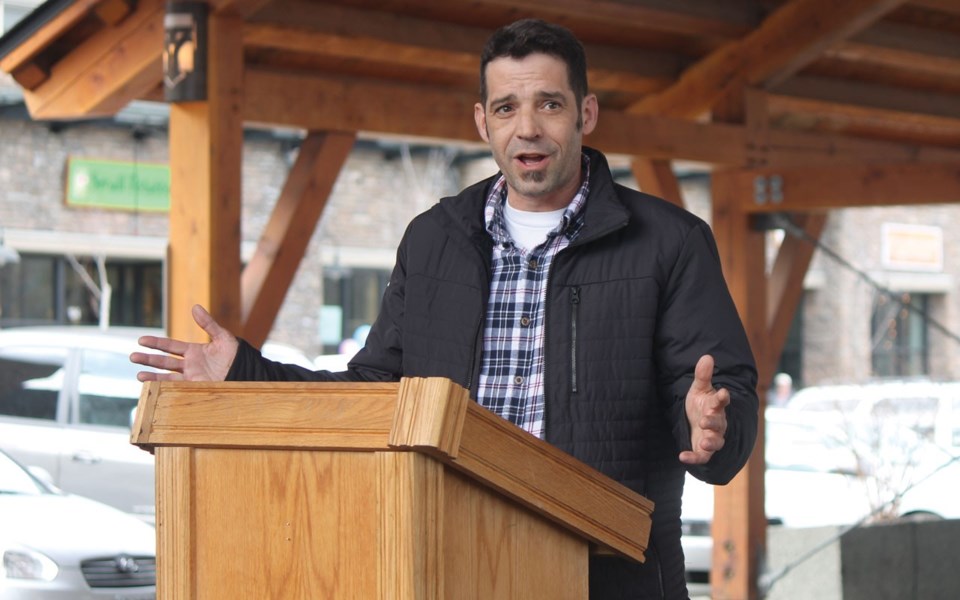 STARTING OUT Pemberton Mayor Mike Richman will head up a task force on COVID-19 recovery. FILE PHOTO BY JOEL BARDE

The Village of Pemberton (VOP) is looking to be proactive on COVID-19 response and recovery.

At its May 26 regular meeting, held via Zoom, council voted to go forward with convening a Mayor's Task Force that will look to help residents, businesses and community organizations rebound from the effects of the ongoing pandemic.

Representatives would join the task force for a maximum of six months, at which point council will reassess the group's necessity.

"When we talked about a re-launch and response and recovery, we didn't want it to be solely on business," Richman said. "Obviously, there is a huge business component to recovery and that trickles down to jobs and taxes and everything else.

"We wanted to make sure that aspects like mental health, the social fabric of our community, community groups, all those sorts of areas were represented by this task force without making it too cumbersome."

In addition to Richman and Councillor Ryan Zant, who was voted as the council representative later in the meeting, representatives invited to sit on the task force will be: the Pemberton & District Chamber of Commerce board; Tourism Pemberton; a financial services or financial planning professional; Sea to Sky Community Services; WorkBC; a mental health professional; and three community members-at-large.

Richman reasoned that each sector's representative would consult with members of that community and bring it back to the committee.

"Ultimately, the recommendations from that committee come to council," he said.

Chief administrative officer Nikki Gilmore said while the VOP observed many other communities bringing together similar task forces, many were failing to incorporate the social element to them.

"We thought [it] was very important to meet physical, mental and social well-being of the community," she said.

Gilmore stressed that council will make all decisions, but the task force will be created to facilitate feedback.

The original draft proposed including a real estate professional, local developer or construction company representative on the task force, but Coun. Amica Antonelli noted that with several key industries such as agriculture, transportation, forestry and personal care not specifically included, it didn't make sense to automatically grant the development sector a seat at the table.

"By calling out the development industry, we're excluding some of the other ones, so my preference would be to have a few of them combined," she said, recommending expanding the community-member-at-large section.

"This crisis has shone a spotlight on that," she said.

Richman said the first draft of the list had more than 20 suggested sectors, but was pared down because hosting that many people would not make for a workable committee.

"They're good suggestions, we just need to make sure that we keep membership to a manageable number," he said.

"I don't know if it's part of the re-launch," Richman reasoned. "They're doing some really important work. Certainly, part of re-launch and recovery is the return to normal medical services at our clinics, so there's definitely a component there.

"Part of me feels like it's almost something outside of our re-launch committee."

Antonelli pitched opening up the spot's definition to encompass any health professional, though Richman said he felt the mental health impact was key to address.

"The potential mental health impact of this and the ongoing situation could be very heavy," he said. "Personally, I feel a member specific to the mental-health profession would be very helpful."

Coun. Ted Craddock pondered adding a Squamish-Lillooet Regional District Area C representative, though Gilmore reinforced that it's a Village committee. Similarly, Zant brought up adding a Lil'wat Nation representative, but Richman said he talks regularly with Chief Dean Nelson and, though not part of the task force, communication with neighbouring groups will be key going ahead.

Council directed staff to make applications available as soon as possible and, with the next regular meeting not scheduled until June 16, there will be a special meeting held before then to confirm the appointments. Staff will also be directed to bring recommendations to council for approval.

"Recovery is now. I would like to be as ambitious as we can while realizing that staff are smoking busy right now," Richman said.

Further information regarding how to apply for the community-member-at-large positions will be available on the VOP website.