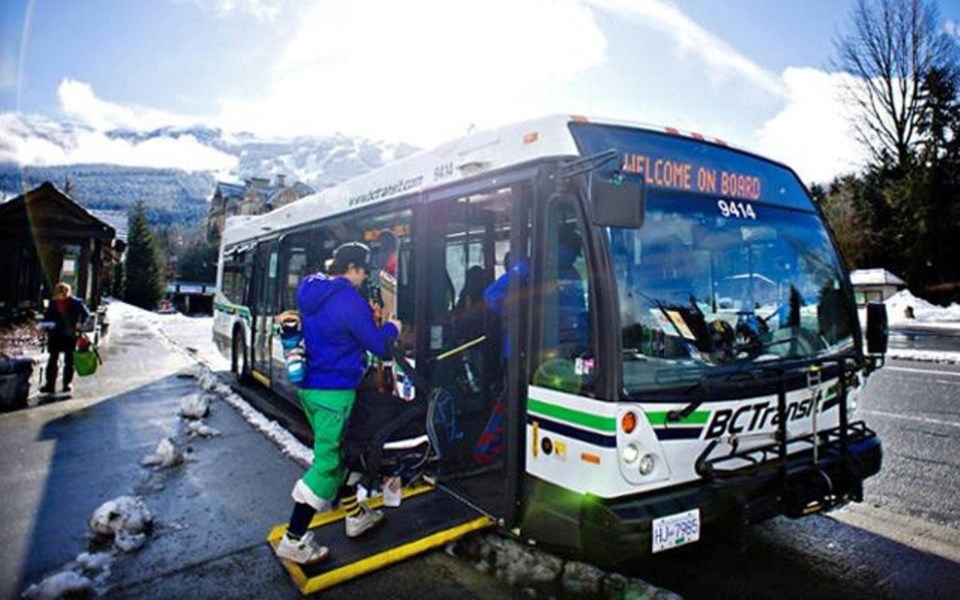 It's been a month since the Greyhound stopped its late-night bus service from Whistler to Pemberton, and already it's had an impact on locals.

"I couldn't get home from work at night. So, I didn't have any options, I had to leave the job I was at for two and a half years and get a new one," said Pemberton local Lou McCallister. "I finished at like 10 p.m. at night and would've had to hitchhike home."

Greyhound cited a low ridership as the reason schedule cutbacks were necessary, but there is still a high demand for Pemberton to Whistler service during the day.

A Dec. 4 Facebook post in the Whistler Politico group noted the commuter bus was standing-room only. McCallister confirmed the tight quarters, noting that travelling with her son's stroller means most nights she has to sit on the floor.

The four daily commuter buses travelling round trip are significant usage, but thanks to schedule overlaps and odd departure times, McCallister has noticed that even the remaining Greyhound buses are often empty.

Christopher Britt doesn't commute to Whistler each day, but as admin coordinator at Xet'olacw Community School he does need reliable transportation to get his students to Whistler Blackcomb's Peak Experience Program, as well as other placements along the Sea to Sky. He's frustrated that the government isn't doing more, but he also thinks a private company, Whistler Blackcomb, could help themselves to a big labour market by looking into transportation.

"The reality of it is people are paying tax dollars so a hundred per cent BC Transit should be upping routes," he said. "But WB also holds some responsibility. They can't on one hand say we can't run lifts because of labour shortages and then in the same breath not do anything about it. They're going to be forced to do one of two things; either spend millions more on staff housing, or they start investing in transportation... you can't rely on people getting jobs without transportation."

Britt cited Vail Resorts' namesake property in Colorado as an example of a ski town where many employees don't live in the community, but the company is able to cover the cost of workers' commutes. He's putting together a written proposal for Whistler Blackcomb that he thinks can solve some of these issues, including the lack of buses for service staff. He plans to submit a formal draft on Friday.

"We entertain any ideas that would assist us, and that's certainly what we're going to do when Christopher sends us his proposal," said Marc Riddell, senior manager of communications for Whistler Blackcomb.

Another potential fix was proposed by Greyhound, calling for the BC Government to create a Connecting Communities Fund. This pool would allow companies to bid for transportation service contracts in rural and remote communities.

Government funding is crucial for small business involvement, as some local transportation companies have looked at solving the current problem, but haven't been able to make the numbers for a shuttle service work without receiving subsidies.

"I've talked to a few different people about doing it," said Sean Wells, owner of VIP Whistler. "That's a tough one to make profitable, or even break even. If the government wants to say, 'Hey, we're willing to do it if someone is willing to put in the time,' I'd be more than happy to do it, but I just don't know if the numbers are there. You need 50 to 100 commuters a day to make it work."

With extra BC Transit routes expected in 2019, Wells acknowledged that's another wrench in a private company getting involved. He would expect most companies would seek a five-year commitment before doing anything.