Pemby Fest not dead yet? 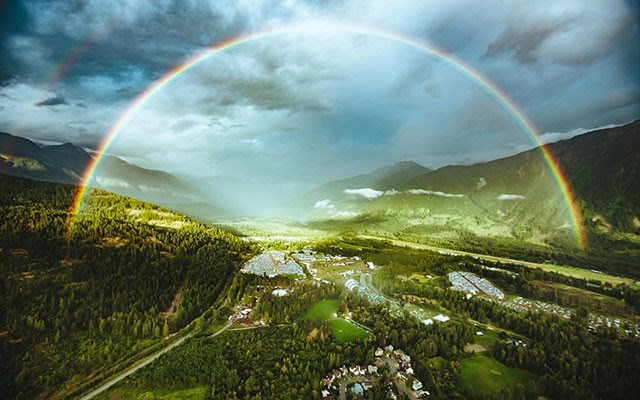 RESSURECTED? A West Vancouver businessman says he has investors, sponsors and a concert promoted lined up to stage a resurrected version of the Pemberton Music Festival, which was cancelled last month to the dismay of ticketholders. Photo courtesy of Pemberton Music festival

Could the Pemberton Music Festival happen after all?

A West Vancouver businessman says he has investors, sponsors and a concert promoter from the United States lined-up to stage the festival that was scheduled from July 13 to 16, but cancelled May 18.

Joseph Spears of the Horseshoe Bay Marine Group and 2 Narrows Productions has already reached out about his proposal. However, neither the festival-site owner, the Janspec Group, nor the bankruptcy trustee, Ernst & Young (EY), has agreed to meet with him.

"We can still work to (those dates), if we get some response by the next two or three days," Spears said in a Monday interview.

Spears declined to give details about his group, but said that he contacted Janspec Group and EY after the festival's surprise cancellation and bankruptcy. He envisions turning the event into a celebration of Canada's 150th anniversary year.

"This is basically a blight on B.C.," Spears said. "Tourism is affected by this, community is affected by this, the (ticketholders) are going to lose funds that were advanced, the suppliers, all those small business people. I thought that was wrong, so let's make this happen and rock on."

He said the simplest route to making the festival happen is to buy or lease the land. Janspec-related Sunstone Ridge Developments is not in bankruptcy. Its 110 hectares in Pemberton, on which the festival was held, are for sale through Coldwell Banker realty for $16.8 million. Last year, Spears assisted with a private-school proposal for the land.

Spears said he has contacted area MLA Jordan Sturdy and MP Pamela Goldsmith-Jones to keep them in the loop.

He said he would like to move forward and work together with Janspec. His plan would mean tickets bought before the May 18 cancellation would be honoured. For now, no refunds are available. EY instructed ticketholders to contact their credit card companies or fill out claim forms.

"All bankruptcies are unfortunate," Spears said. "Let's get through this and make this Canada 150 reboot concert a reality in 2017."

EY reported that ticketholders had spent $8.225 million and were the largest category of the $13.17 million unsecured creditors. The two secured creditors, Janspec and 1644609 Alberta Ltd., claim $3.7 million. The festival had $6.6 million in assets, of which $2.9 million was cash. The first meeting of creditors is 10 a.m. on June 6 at Robson Square in Vancouver. Creditors must file a proof of claim in order to vote.

Girling did not respond to phone calls or email messages. Her lawyer, William Skelly, would only answer questions via email. He continued to cite the rising cost of imported performers from the U.S. and the low Canadian dollar as major contributors to the bankruptcy. He also said that there was no alternative financing available.

"The board considered all alternatives to allow the festival to proceed," Skelly wrote. "It is unfortunate for ticketholders, artists, suppliers and all those affected that, with the insufficient ticket sales and unfavourable currency exchange, the festival had to be cancelled."

The boards of both Janspec and Sunstone include Girling and her brother, Jeremy Turner. The companies were established in 2009 with Clifford Turner, their father. The elder Turner, who died in 2015 before his 95th birthday, was the last surviving founder of British packaging giant Linpac.

Girling and Dales are also directors of Arthritis Research Canada (ARC). Dales is an owner of Procon, a Burnaby mining company with a subcontract on BC Hydro's $9-billion Site C dam construction project.

For more of Mackin's coverage of the Pemberton Music Festival, visit thebreaker.news.