Lil’wat Nation next in Whistler-to-Cache-Creek fibre-optic line project
Oct 2, 2020 8:00 AM By: Alyssa Noel 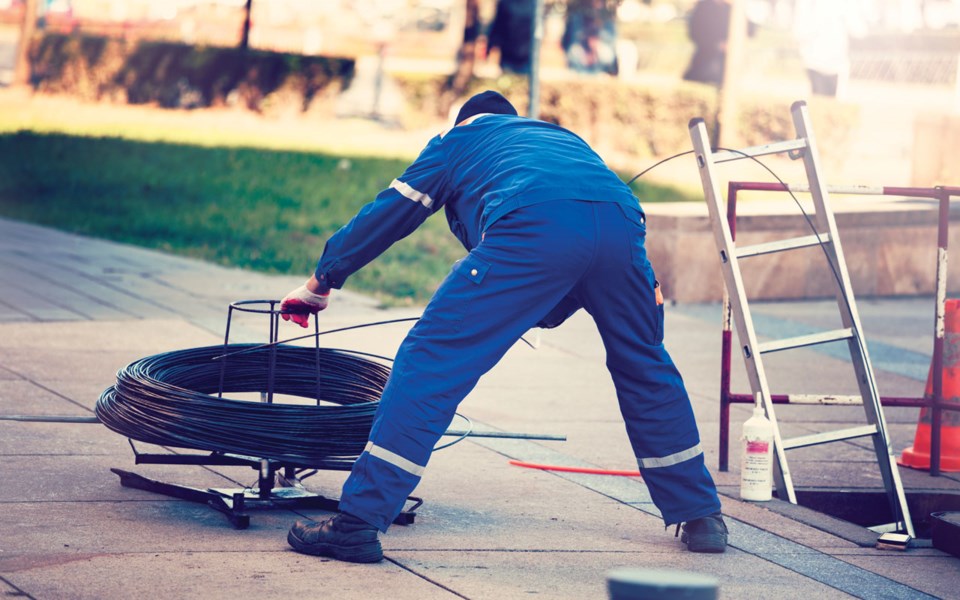 A fibre optic line has been installed in Pemberton and is set to reach Mount Currie in October. Getty images

An ongoing project that quietly established a new fibre-optic line in Pemberton will soon bring more high-speed internet choices to Mount Currie and, eventually, communities up to Cache Creek.

The Whistler-to-Cache-Creek project, which is putting in 40 kilometres of fibre-optic line between Whistler and Mount Currie, was funded with a $1.9-million grant from the province’s Connecting British Columbia program, as well as $2 million from the federal Connect to Innovate program and a $1.6 million contribution from Shaw Communications, which is installing the line.

“Not that long ago we were in a position where, if you built a new place in Pemberton, there was no more capacity,” said Village of Pemberton Mayor Mike Richman. “You couldn’t get it at all.”

But, last year, Telus came into the Village with a fibre optic line. And then, this year, the Shaw connection also became available.

Pemberton went from having no options to two choices, Richman said.

“I’ve gotten nothing but positive feedback about it so far,” he said. “We have a competitive market and access.”

Meanwhile, Mount Currie is expected to have access to the line by the end of October. Like Pemberton, the Shaw line will give residents and businesses more options.

“The new fibre-optic line provides redundancy in service and increases choices by having two providers (Shaw and Telus),” said Kerry Mehaffey, acting CAO of Lil’wat Nation, in an email.

Internet has been “generally good” in the area, he added. “There was a significant upgrade in 2011 to connect the majority of homes,” he said. “The Lil’wat Business Group has been running their own internet service provider at Xet’olacw [Community School] since that time.”

High-speed internet access is particularly important at places like the Ts’zil Learning Centre where Shaw has also upgraded infrastructure.

“Shaw has been a collaborative and great partner,” Mehaffey said. “We worked together to identify areas of mutual interest and co-located certain infrastructure such as a back-up generator in Ts’zil that are used by both organizations.”

When the line is finished—which the province estimates will happen in 2021—communities and service providers will be able to improve broadband to more remote communities like Birken, Seton Lake, Tsal’alh Nation, T’it’q’et, Cayoose Creek Band, Xaxli’p, Ts’kw’ayalaxw First Nation, N’Quatqua First Nation, and Bonaparte First Nation, according to a release from the province.

One area that will still have a gap in service is D’arcy and its surrounding communities, Richman said.

“There are still a lot of pockets that need to connect outside Pemberton,” he said.

The ongoing pandemic in particular has highlighted the need for rural areas to have equal access to internet services, said Anne Kang, B.C.’s Minister of Citizens’ Services.

“There are still gaps,” she said. “That is a challenge of living in British Columbia; we do have very rugged terrain—and some very hard-to-service areas. That’s the role I have with my ministry and the province: advocating for that business value for internet service providers to hop on board with us and identify how we can work together in partnership.”

While the project began before the pandemic, Maryam Monsef, federal Minister for Rural Economic Development said in a release that she hopes the expanded internet service can play a role in the province’s economic recovery.

“We began this work pre-pandemic and will accelerate our efforts moving forward,” Monsef said. “This project will provide critical backbone infrastructure to improve connectivity in under-served communities and First Nations in rural British Columbia. To date, we have invested over $55 million in 10 projects, which will connect over 18,000 households in communities throughout B.C.” n