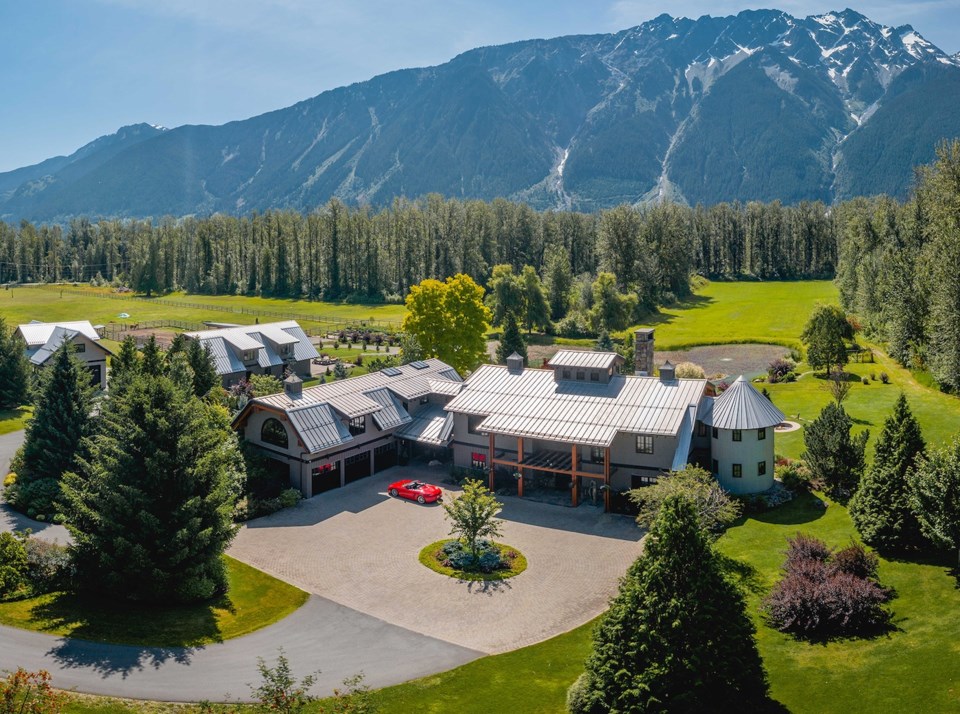 A record sale of an $8.4-million property at Pemberton shows the strong legs of Canada’s luxury resort market, part of a quick estate pace that has set high sales and rising prices despite the COVID-19 pandemic.

“Since the economy has opened, we have seen unprecedented interest in properties with more land and more privacy,” said John Ryan, an agent with Whistler Real Estate Co.

Ryan’s recent record-breaking sale is a 17-hectare, luxury property in Pemberton. The sale is the highest residential real estate price that Pemberton has ever seen, selling for $8,475,000 within weeks. This residence features more than 1.6 ha. of lawns, gardens, a pond, an orchard, farmland, outbuildings, and dirt bike courses

“These large luxury properties are a hot commodity right now and are selling quickly and for more money,” Ryan said. “In Whistler and Pemberton alone, we have seen 13 sales over $5 million this year.”

Overall, within the Whistler and Pemberton real estate market, in the first two quarters of 2020, the average sale price has increased by 54 per cent from $1.9 million in 2019 to $2.4 million in 2020, resulting in a total dollar volume increase of 22 per cent. The unit volume has also grown 52 per cent with 21 sales in 2019 versus 32 sales in 2020, according to local real estate sources.

It is not only Whistler-area luxury resort homes that are selling well during the pandemic.

On July 3, a new property development in the mountain resort Canmore, Alberta, sold out more than $10 million in investor condos in less than three hours. Some apartments in the Highland Peaks development were priced to $696,000, according to Century 21 Nordic Realty team that brokered the deals.

Figures show that some Canadians have seen their net income increase during the pandemic, despite its recessionary affect, due to a surge in financial markets and in real estate values. For example, according to a study by the Canadian Centre for Policy Alternatives’ B.C. office, Canada’s top 20 billionaires amassed an average of nearly $2 billion each in wealth in the six months ending this September, for a combined total of $37 billion.

“Canada’s overall luxury market has remained strong throughout the pandemic, with market conditions unchanged from the beginning of the year in most regions,” according to a second-quarter 2020 report from Re/Max Canada.

This story originally appeared in Western Investory on Sept. 28.

Two people hospitalized after Sea to Sky crash
Oct 21, 2020 1:12 PM
Comments
We welcome your feedback and encourage you to share your thoughts. We ask that you be respectful of others and their points of view, refrain from personal attacks and stay on topic. To learn about our commenting policies and how we moderate, please read our Community Guidelines.